It’s not that long ago since Microsoft released 1908.2 but now at the end of September they’ve released another great Technical Preview, this time version 1909. To see what’s new and what features it introduces click here.

Earlier this year I blogged about the new BitLocker Management abilities coming to ConfigMgr and this release adds even more features and abilities in that area such as long awaited SelfService and Helpdesk functions. If you want to see those new abilities right away then scroll down to What’s new with MBAM.

To get TP1909, open your Configuration Manager console and click on the Check for updates button in the ribbon. 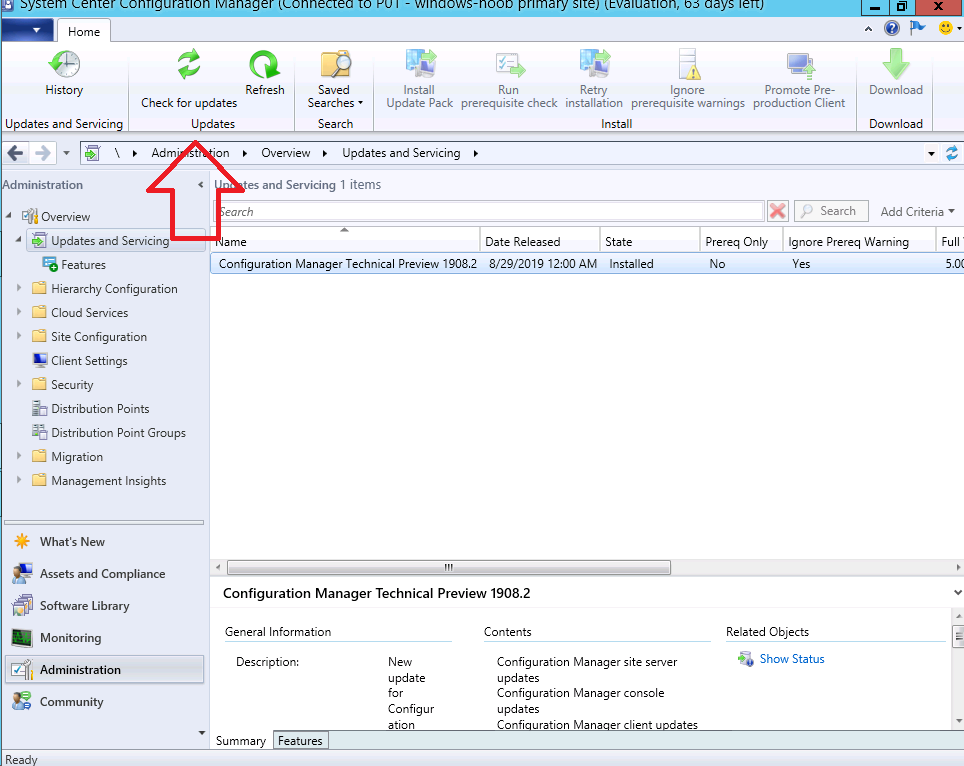 And after downloading the update it’ll be listed in a state called Ready to Install.

Right click on the update pack and choose Install Update Pack. If all goes well it will begin installing and you can monitor that installation via log files such as CMUpdate.log. 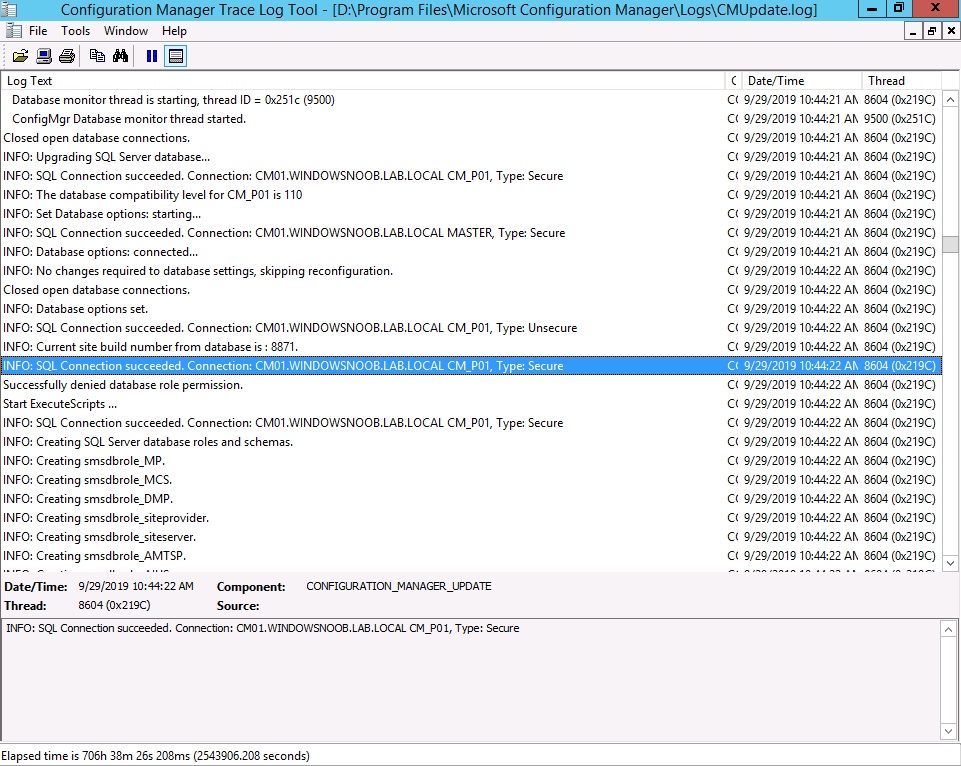 Or directly in the console by clicking on the Update Pack, and choosing Show Status. 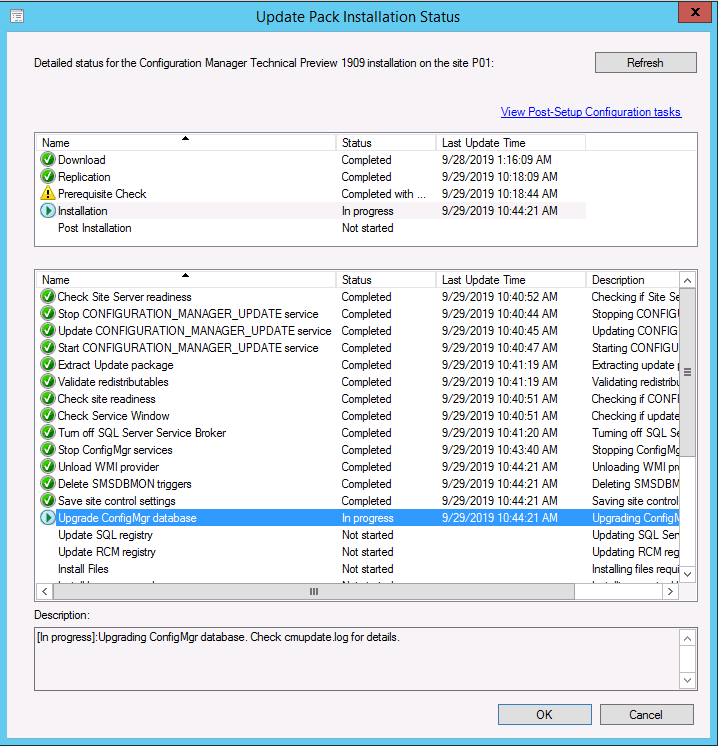 And after some time the update is installed successfully and you’ll be prompted to upgrade the ConfigMgr console itself. 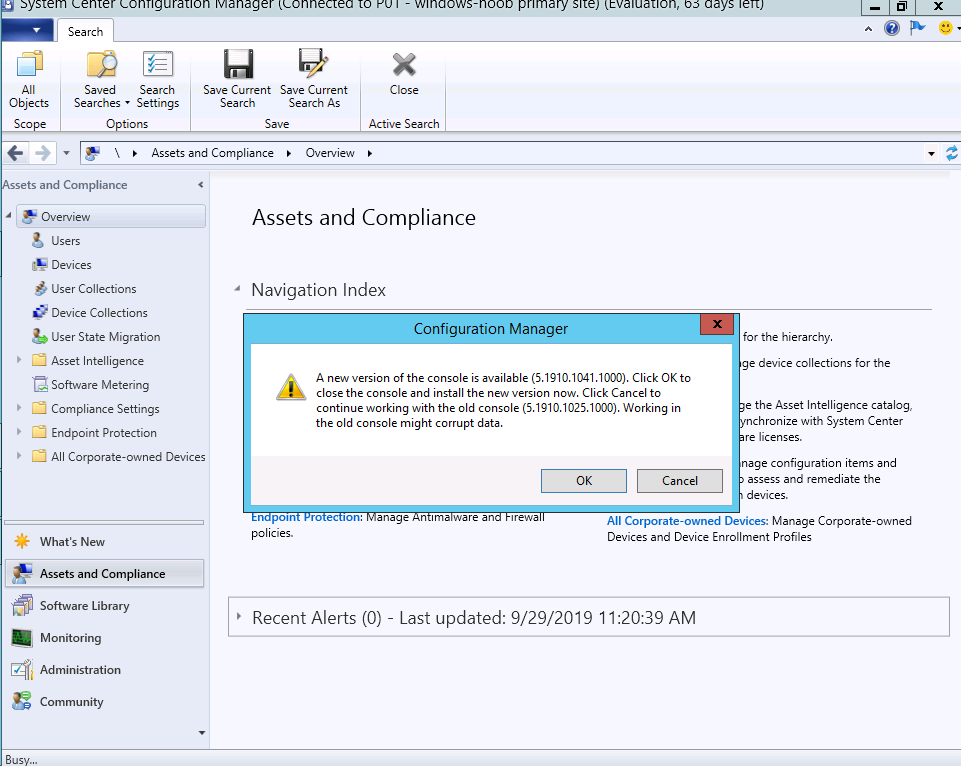 and after upgrading the console you get to see the new release. 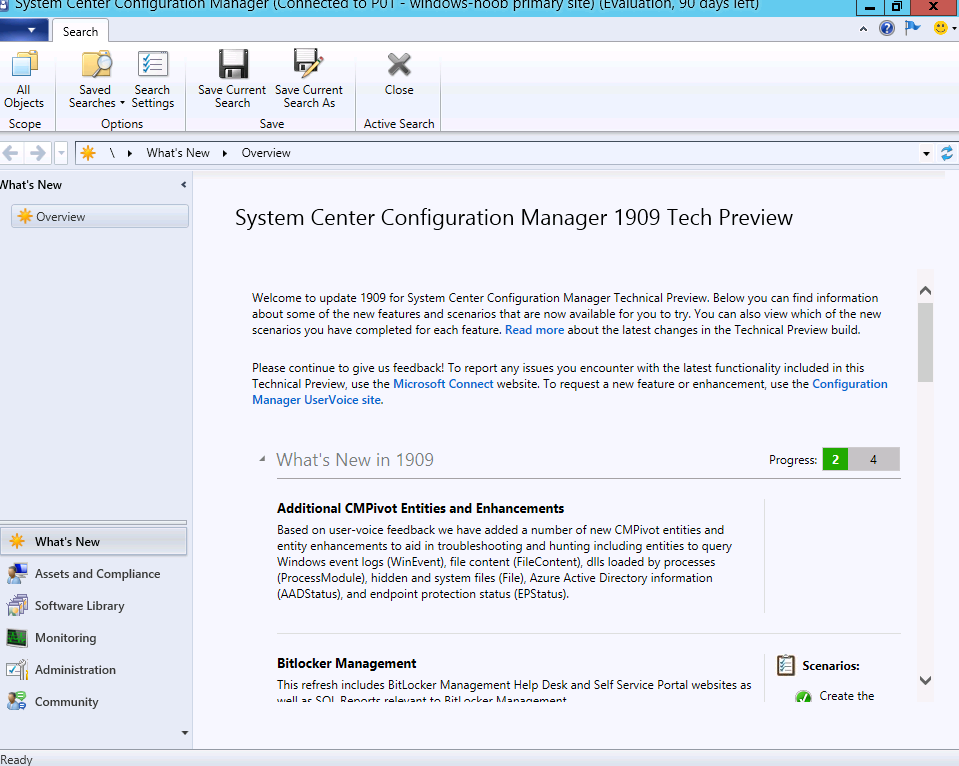 This release is packed with new features, so let’s look at a few of them.

There are a bunch or new reports for MBAM located in the Reporting node. 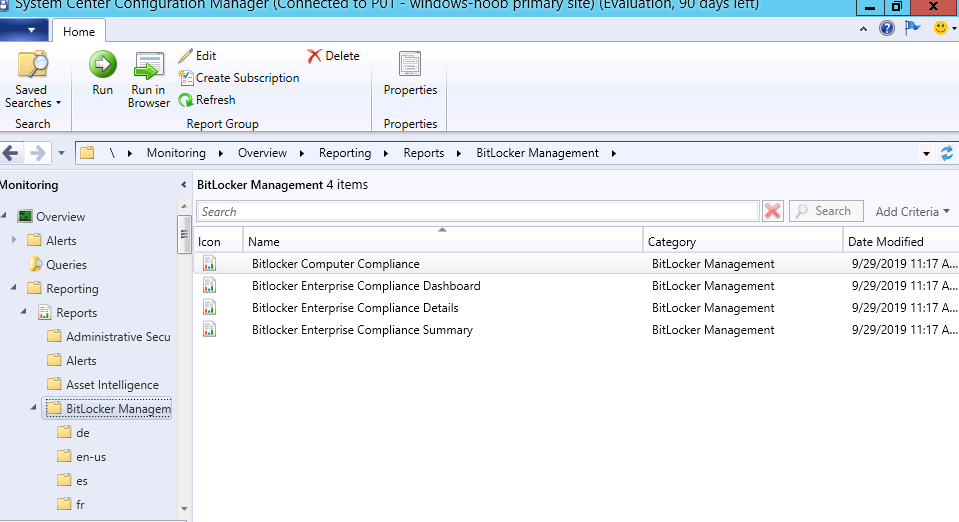 However when I tried to run any of them I got an error, I’ve alerted the Microsoft Product Group about this. 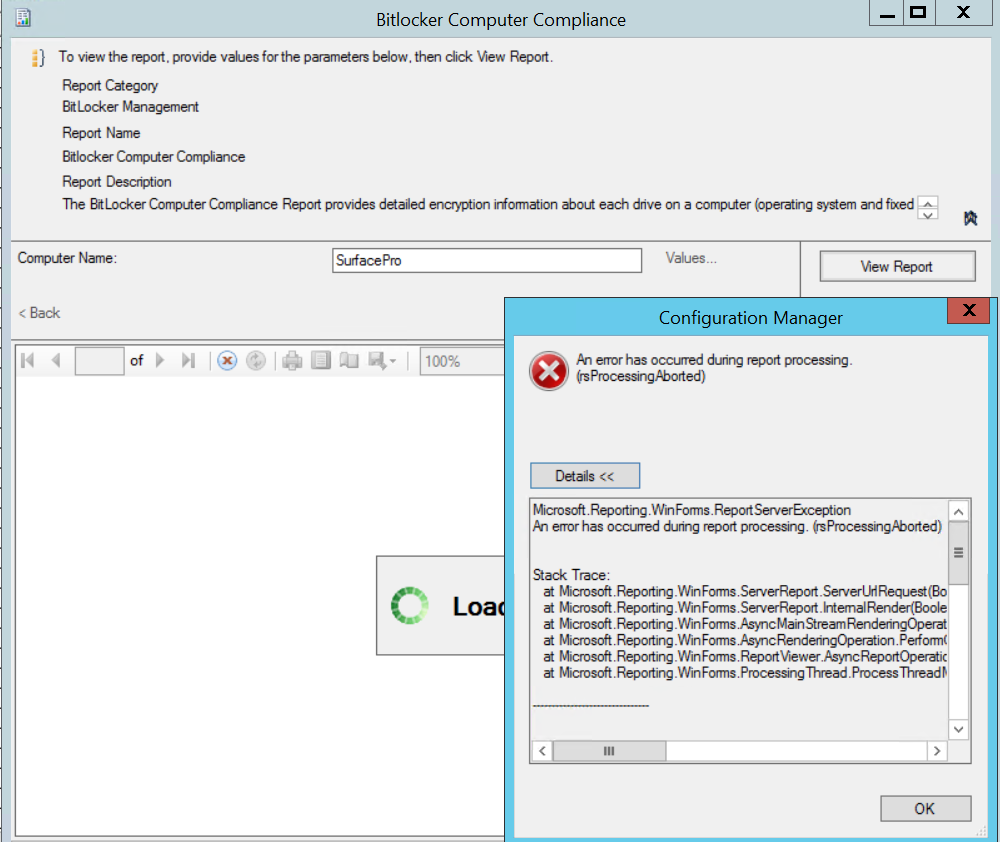 Update: Aaron informed us that this has been fixed and added to the known issues

To use the MBAM self service, you’ll need to do some manual actions on the Primary site server.

So let’s try it ! I browsed to the location of the EasySetupPayload on my primary and that was D:\Program Files\Microsoft Configuration Manager\EasySetupPayload\dc84dd4c-0f5a-4fb1-8e52-c0a64acaec75\SMSSETUP\BIN\X64

The GUID in red will change depending on what version of Update you are working with. 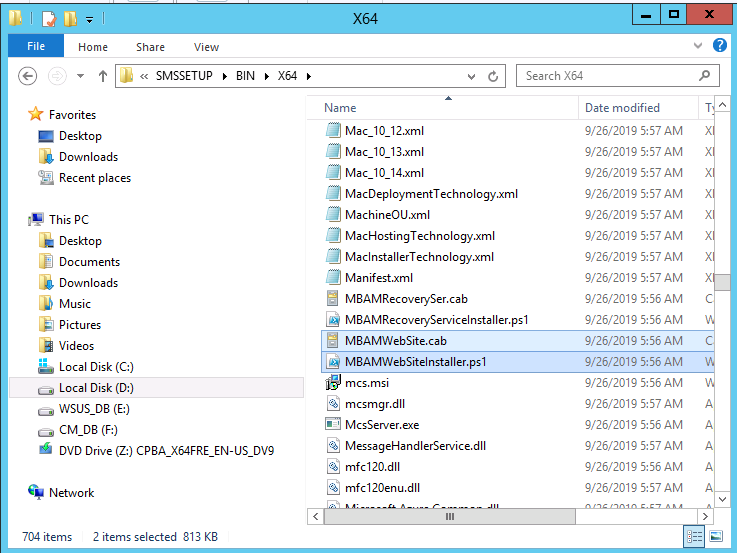 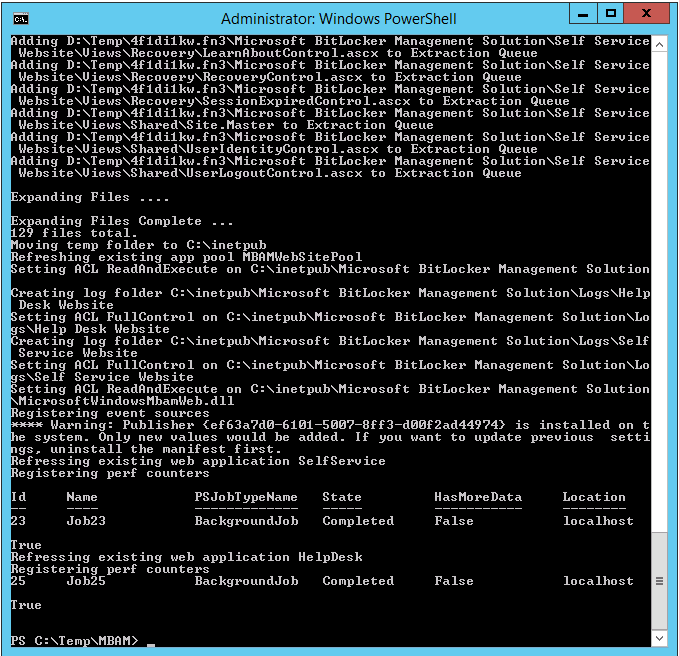 Here are the script parameters that worked for me.

And after running the script…the self service notice page is shown when visiting https://cm01.windowsnoob.lab.local/SelfService 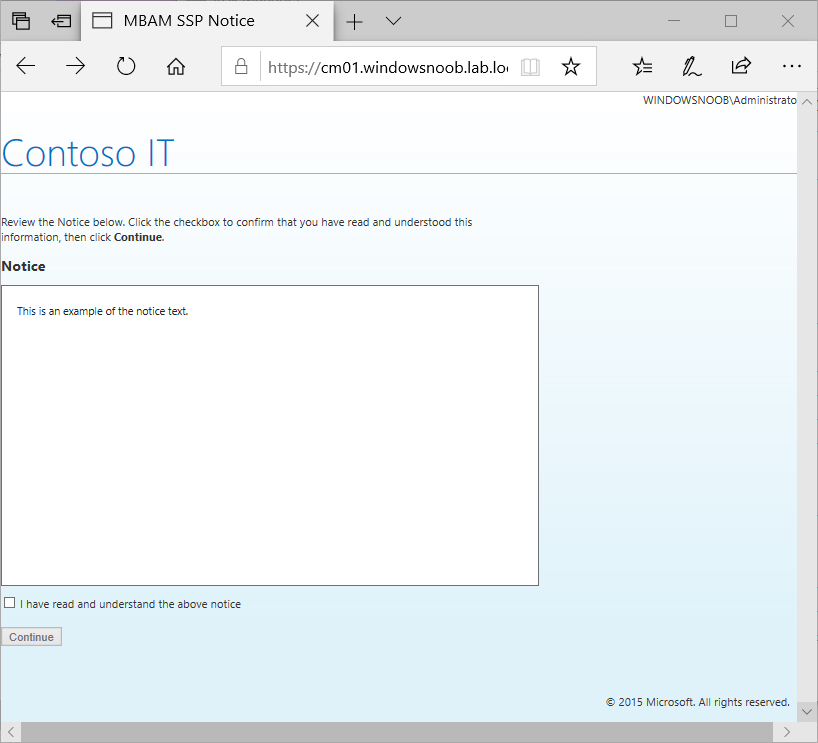 to change the notice text, edit the Notice.TXT file located below 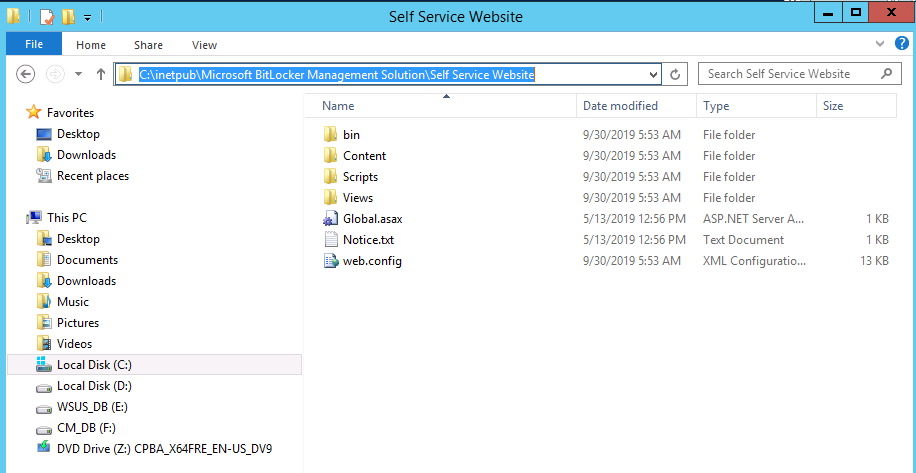 And edit the file using an administrative command prompt, once done you can see the updated notice. 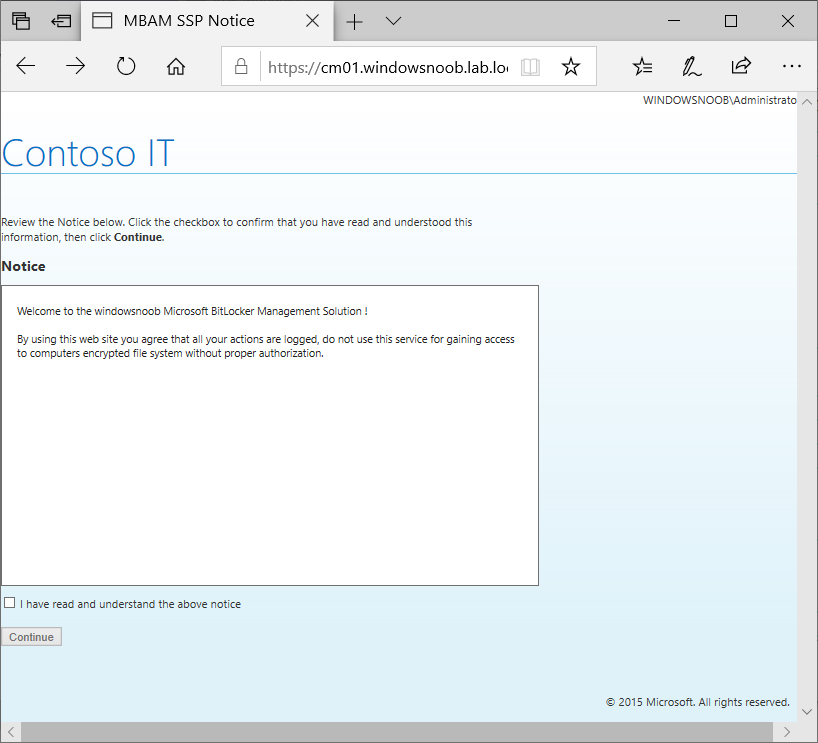 And to change from Contoso IT to your company name, do as follows: 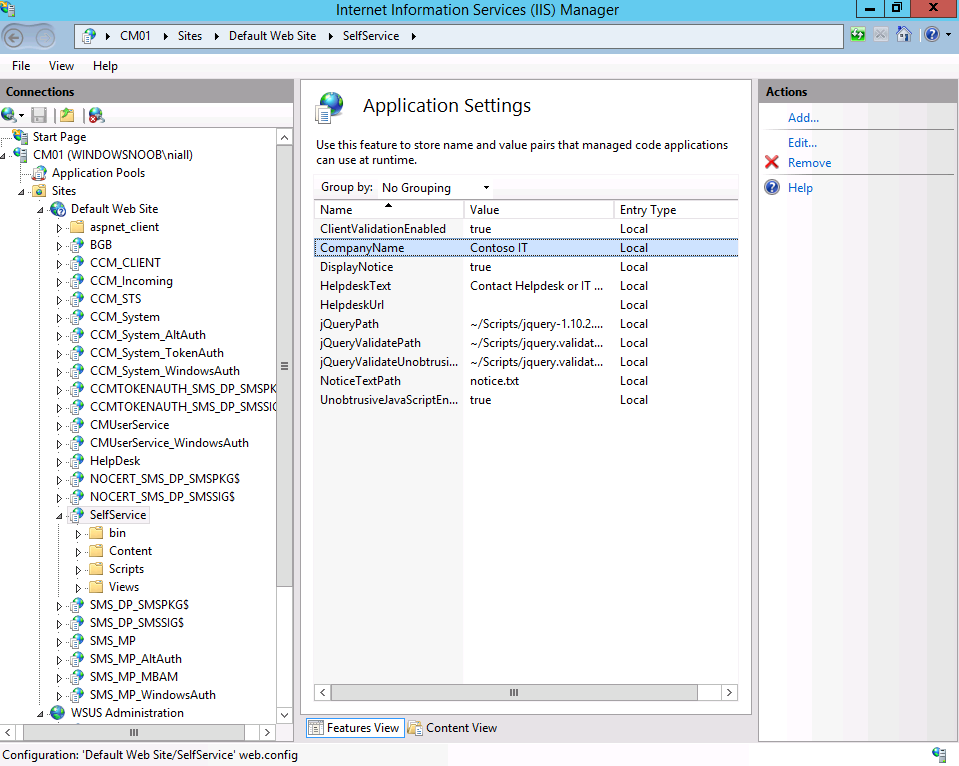 And here’s the self service itself. 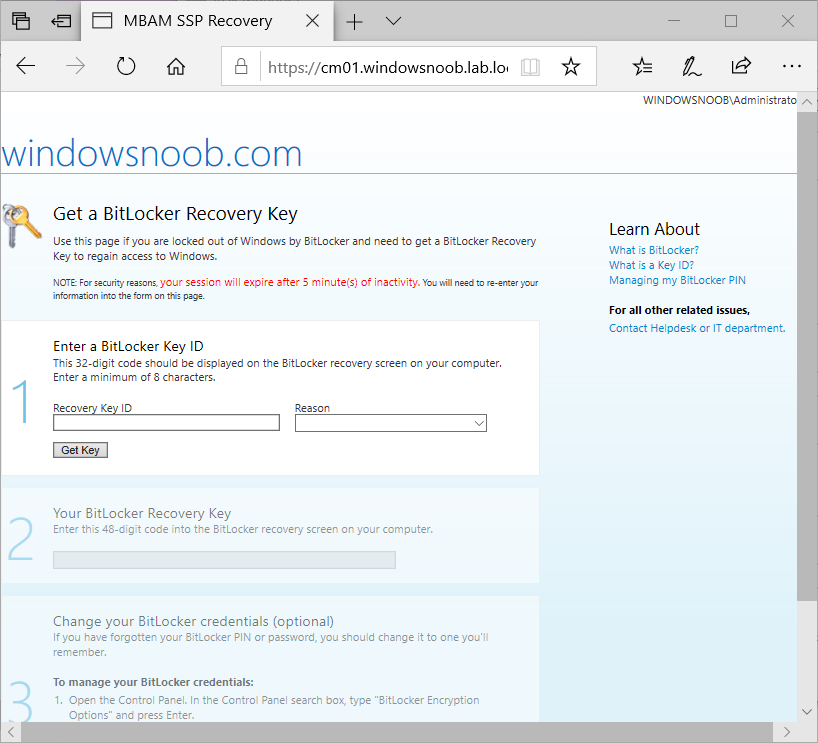 To use the HelpDesk, make sure that the user you specify when prompted for credentials is in the MBAM_HD_Adv group (or whichever group you specified when installing). 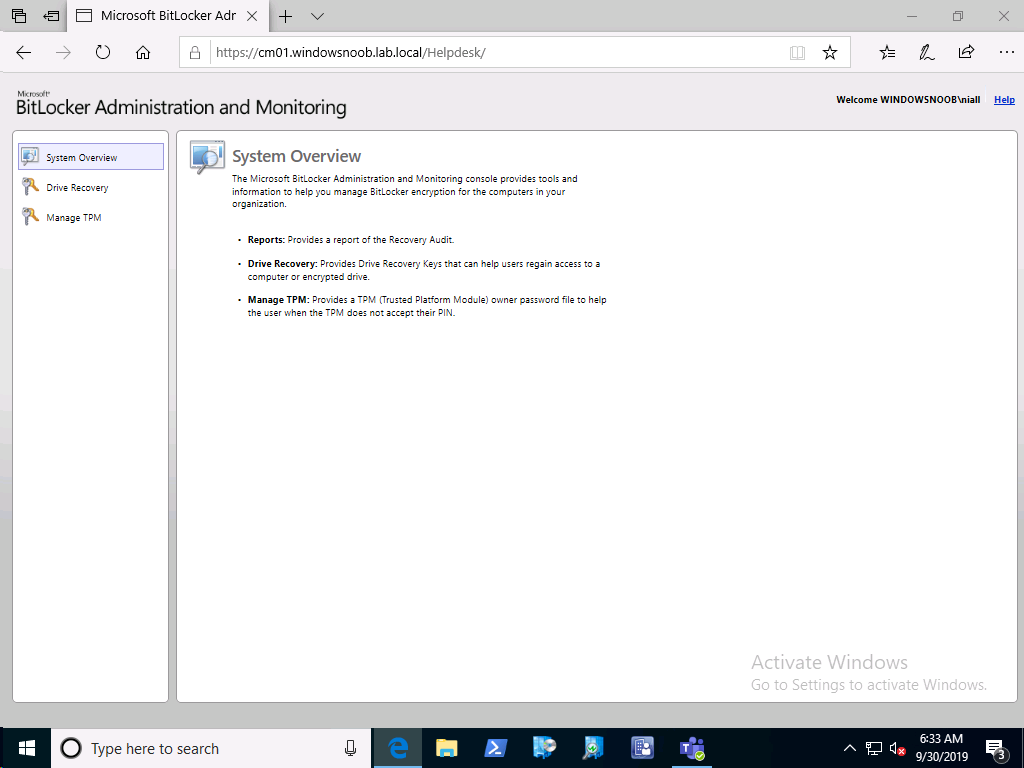 You can now customize Language Settings in an OSD task sequence in the Apply Windows Settings step ! however this is currently limited to newly created task sequences, if you try to edit an existing task sequence with this feature then it will crash (should be fixed in 1910). 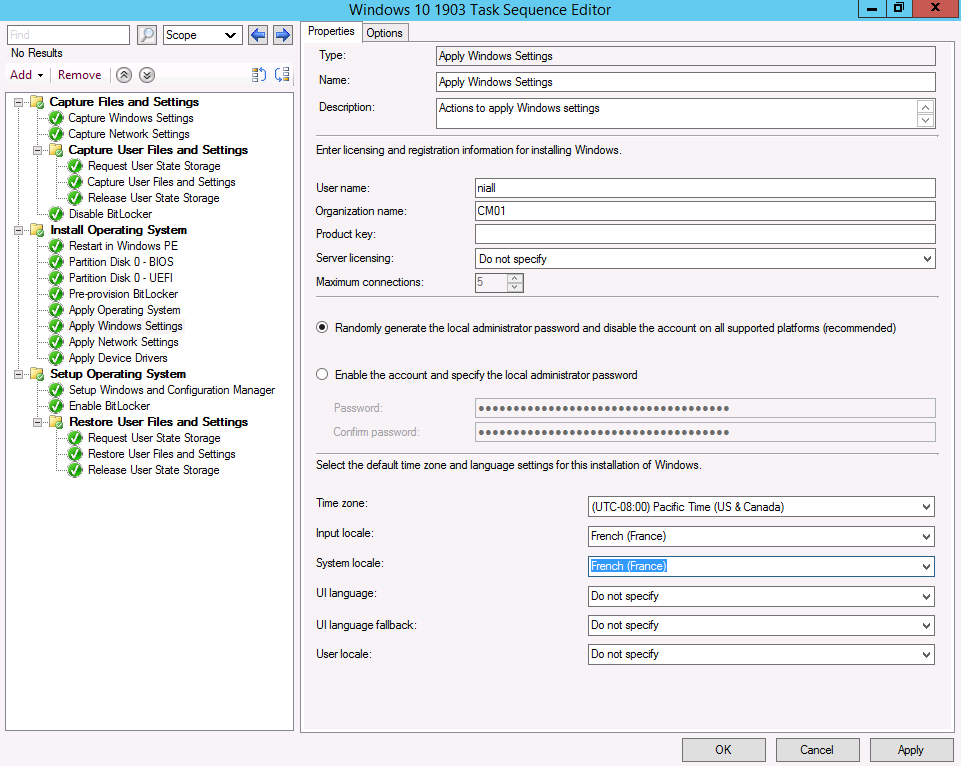