Since Windows 8 Release Preview was released in May of this year a lot of people have been installing it and using it, and even some are using it in their office environments to see how it works there, well if you still have Configuration Manager 2007 running in your organization, connecting to the Configuration Manager 2007 admin console is a must, so how do you do that in Windows 8 ?

Without proper preparation, simply installing the console will produce the following error when you try and launch the console for the first time: “Microsoft Management Console, MMC cannot initialize the snap-in.” 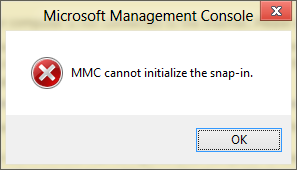 and after that you’ll have an empty and useless console. 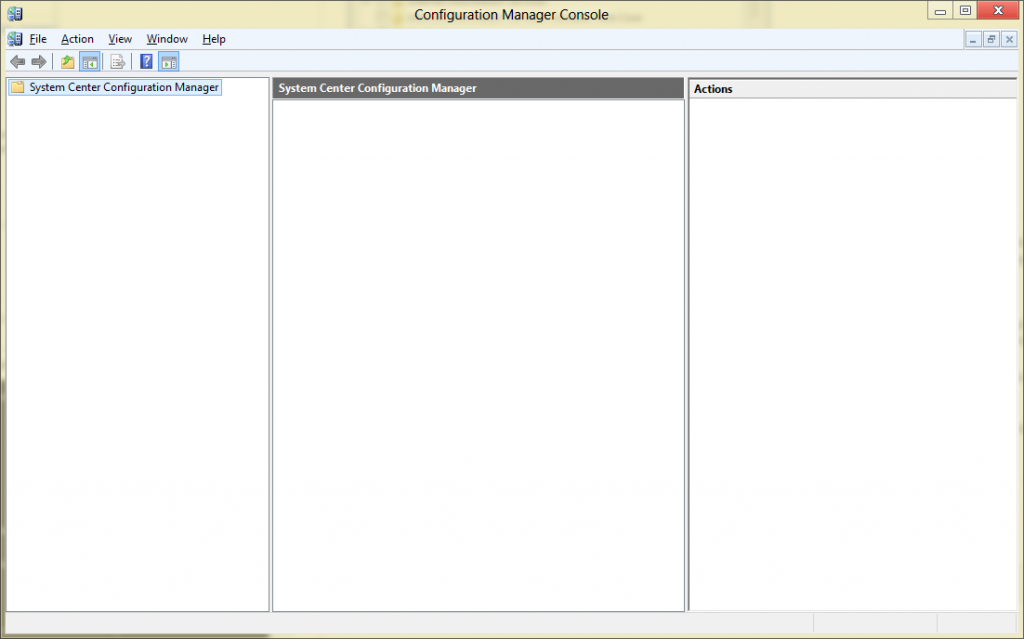 The fix is easy however so don’t panic, the Configuration Manager 2007 Admin Console requires the following in order to work:-

Well MMC 3.0 is already included in Windows 8 but .NET Framework 2.0 is not installed by default (you’ll need to install the .NET Framework 3.5 Windows Feature which includes .NET 2.0 and .NET 3.0), to get it open up control panel, Programs and Features, select Turn Features on or Off and select it like in the screenshot below, 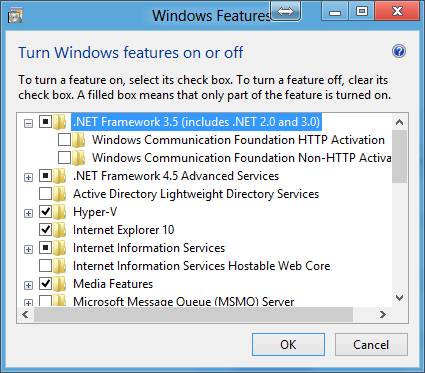 Note: If your Windows 8 computer still has the Configuration Manager 2007 client agent installed then verify you have the following key set in the registry (it will be set to 1, change it to 0)

And then try again, if it still fails to download from Microsoft then you should verify your proxy settings or alternatively install the feature using the Windows 8 source media (in this example copied to C:\data\windows8) via dism as shown below:- 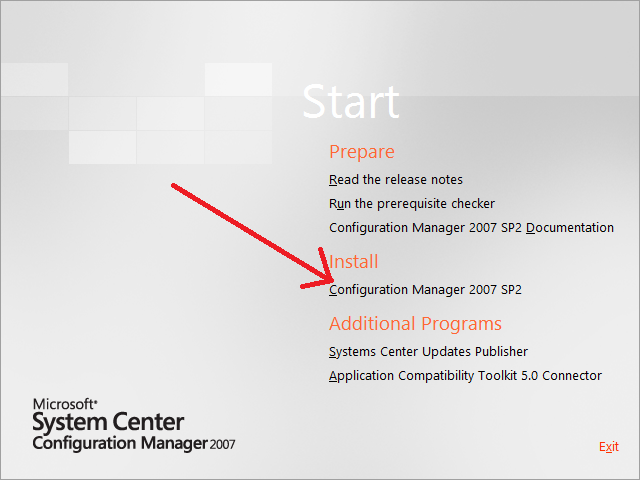 and then go through the rest of the wizard until completion 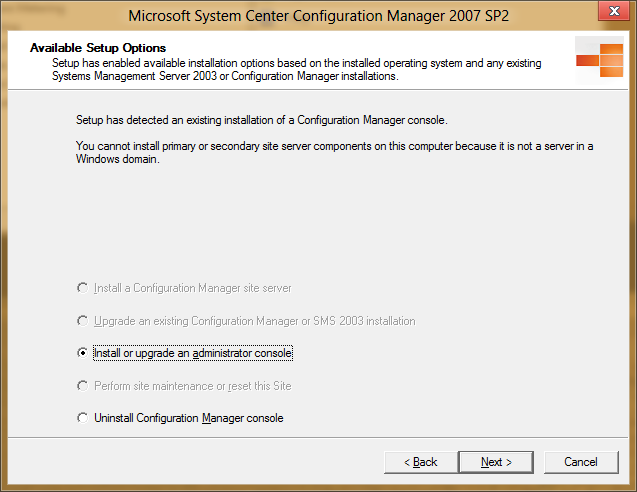 This entry was posted in ConfigMgr 2007, Windows 8. Bookmark the permalink.