I saw a tweet from well known Irish MVP Rory Monaghan here where he was explaining how he automates shutting down his home lab to save on electricity costs. I thought to myself that’s a great idea !

The price of electricity right now is insane in Europe and very high in Southern Sweden (where I live). So any saving will help, especially in the coming Winter when prices will surely rise to ridiculous levels. If you look at how quickly they rose last year (from July 2021 forward). 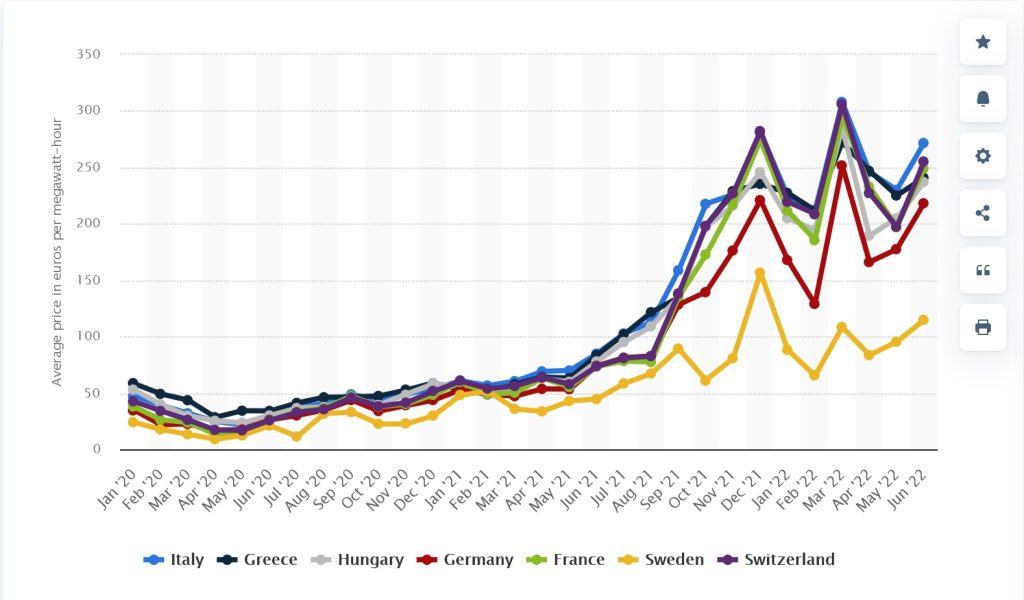 These prices have already been beaten this month and it’s only August! It’s easy to see that 2022 will be even worse. 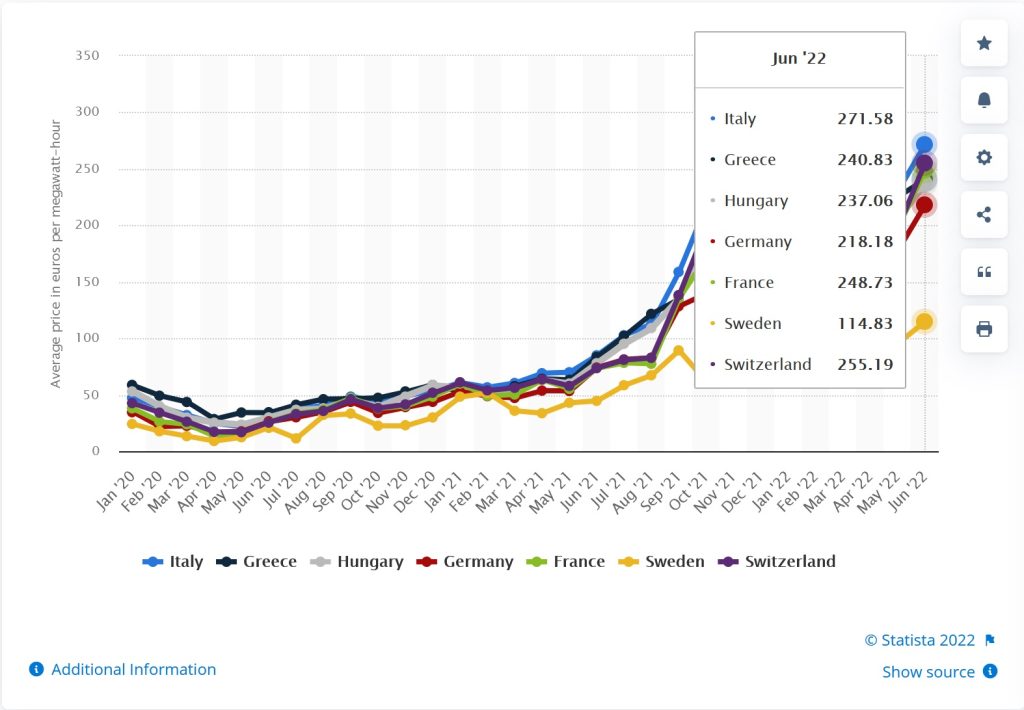 Rory’s method was pretty ingenious and used some 3rd party software but I thought I’d try doing something similar with Powershell and scheduled tasks.

part 1. Automating graceful shutdown <- you are here
part 2. Starting the previously running vms after power on
part 3. Using WOL to wake the lab on demand

I decided to create a simple scheduled task which would run nightly at 11:30pm and gracefully save any running virtual machine (like a hibernate) before pausing 30 seconds and issuing a shutdown command to the hyperv host.

Here’s the scheduled task, make sure to enabled ‘Run with highest privileges‘ and run as NT AUTHORITY\SYSTEM 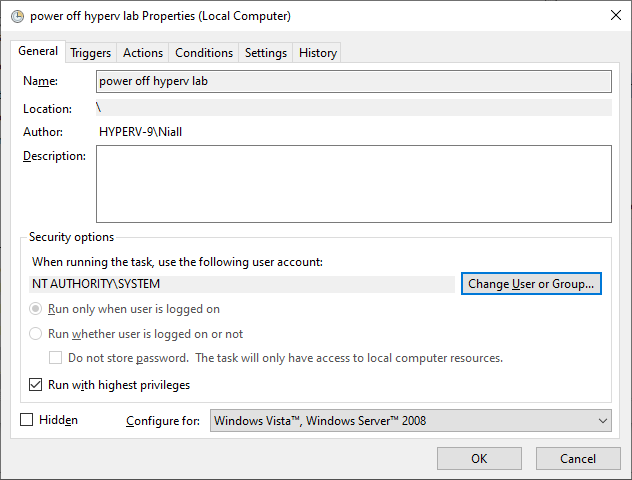 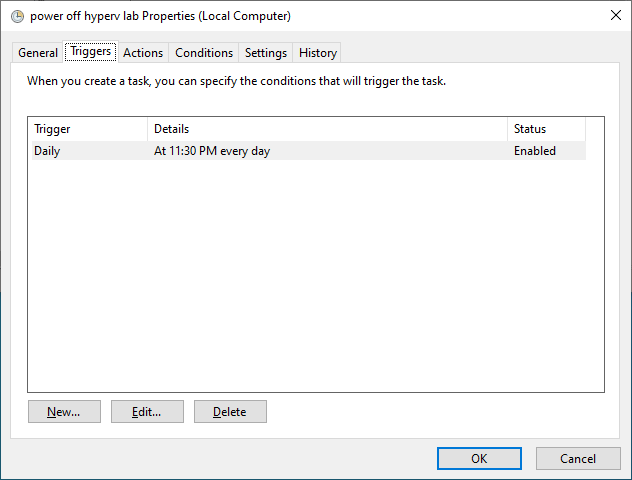 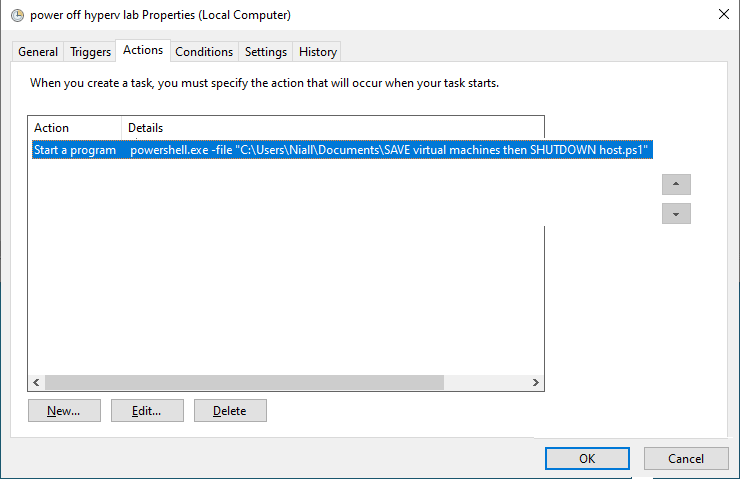 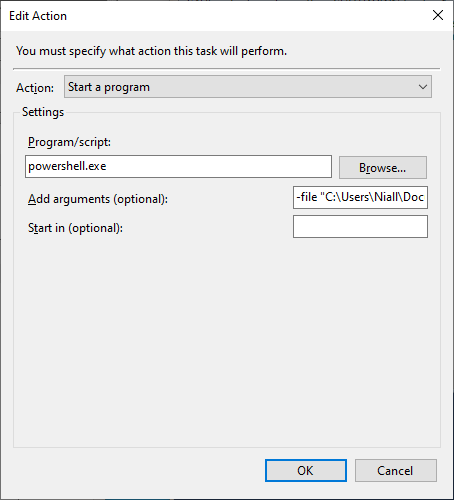 here’s the Powershell script (very simple, no logging, will add that later…)

GIF showing it in action

and here you see it in action…