In a part 1, I showed you how you can automatically power off your hyperv-lab using a scheduled task and Powershell, I modified the original script in that blog post to also write the current running VM’s to a text file every time it runs. That blog post was inspired by MVP Rory Monaghan in order to save money on our electricity bills at a time when energy costs are at an all time high.

part 1. Automating graceful shutdown
part 2. Starting the previously running vms after power on <- you are here
part 3. Using WOL to wake the lab on demand

Now that we have this automated, wouldn’t it be nice if the VM’s that were previously running before we powered off the hyperv-lab would automatically start when we next power on the host ? 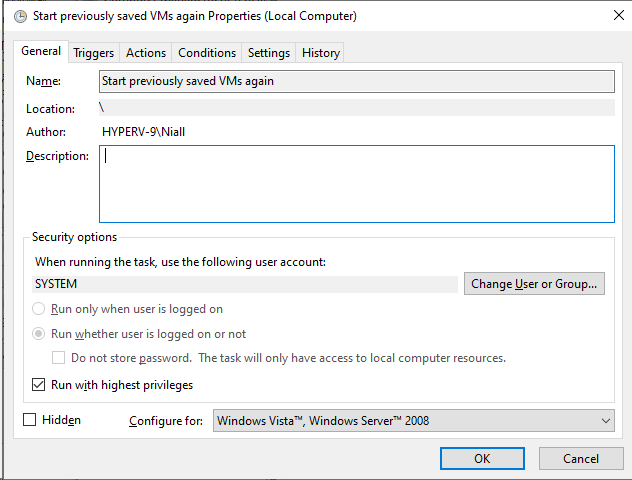 Set the Trigger to run at System Startup 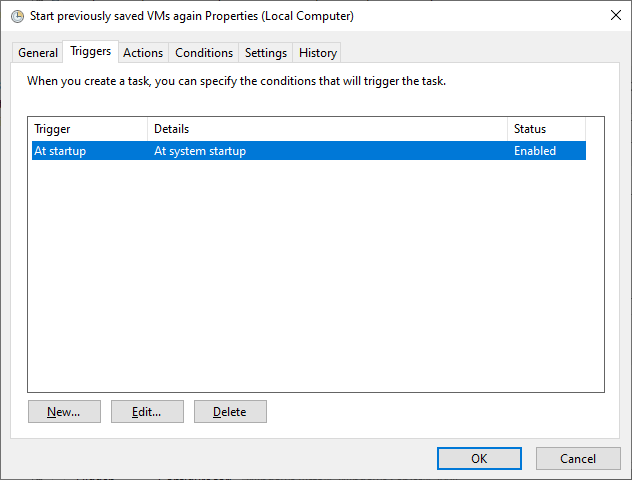 The Actions should start a program (powershell.exe) using the -file command pointing to our new Powershell script. 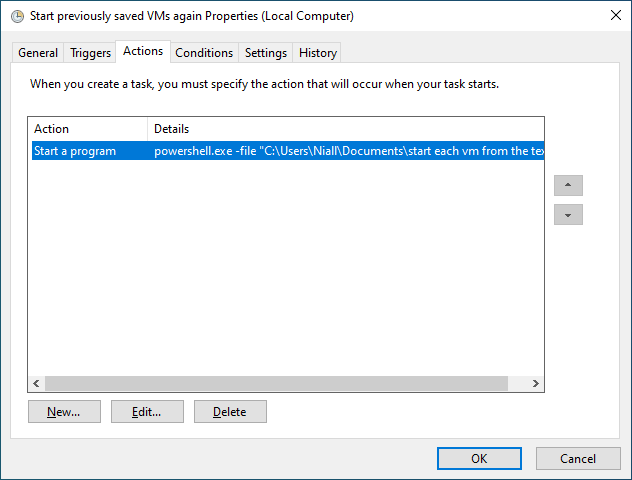 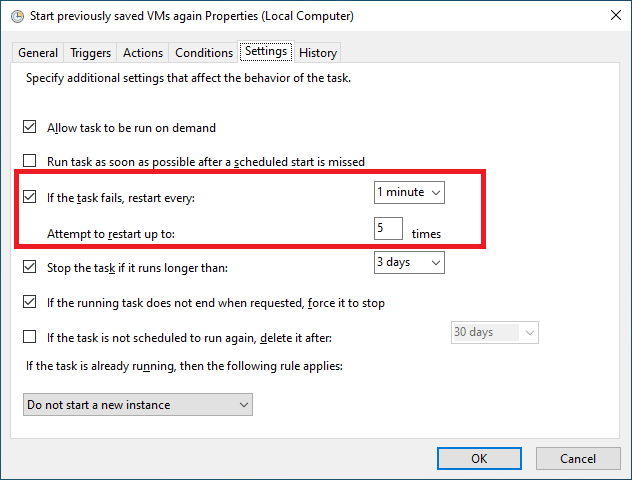 Here’s the new script called Start each VM from a text file.ps1 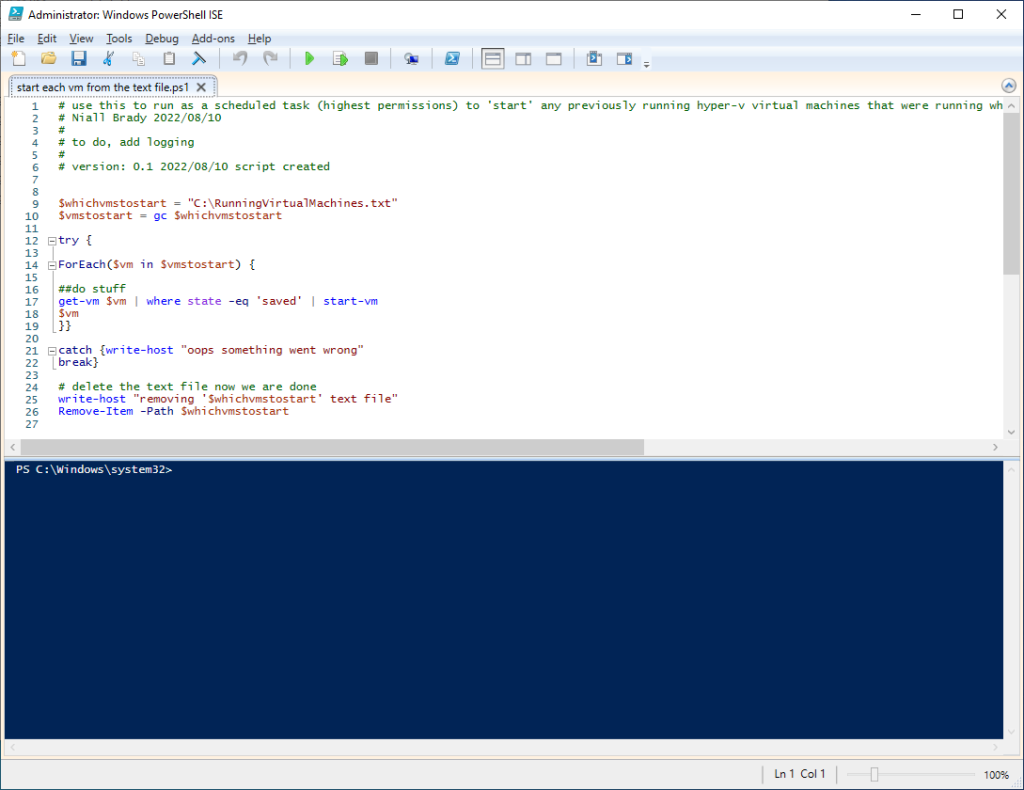 So now when your Hyper-v lab powers off automatically using the script in part 1 here a new text file will appear on the root of C:\ called RunningVirtualMachines.txt 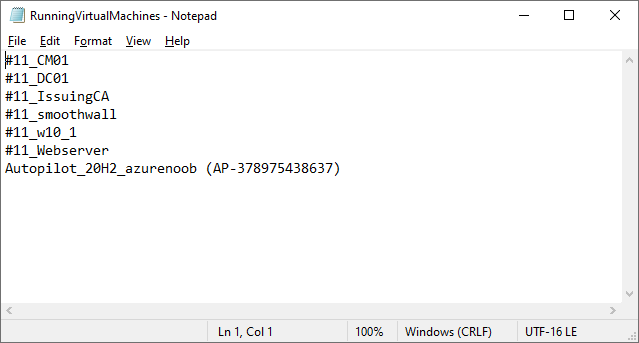 This file is over-written every time the first scheduled task runs, so it’s always updated.

On the next boot of your hyperv-lab, the second scheduled task will read this file and power back on each VM in the list, simple ! 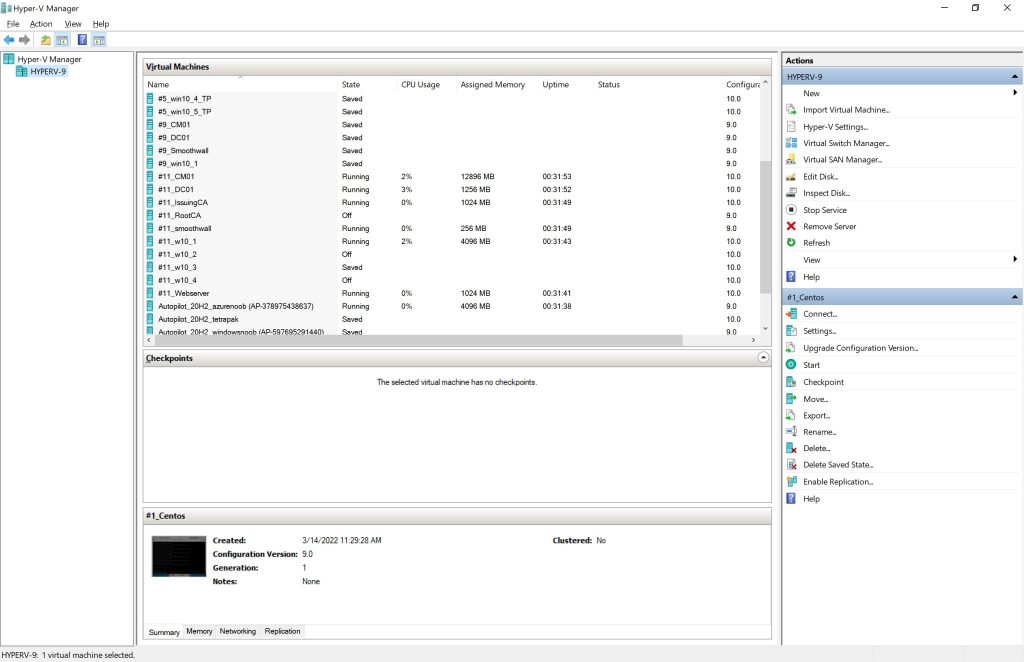 Once completed, it will then delete the file.

I hope you found this useful!