Dealing with apps that crash using the Tachyon Experience module.

I’m currently blogging about a series of DEM in 20 webinars from 1E, you can find each episode that I’ve blogged about (including this one) below:

In a previous blog post I explained how to sign up for a webinar series and by doing so, learn from industry experts and Microsoft MVP’s about how and why they use tools like  Tachyon from 1E to make things work better for your users, including how to deal with slow endpoints or in today’s case, how to deal with apps that crash.

I’ll blog about each episode in the webinar series and link them here for your perusal.

This blog post relates to the apps that crash and how you can deal with them. I’m sure we’ve all experienced app crashes, I know I have. They go hand in hand with computer usage. For example, you download and install an app and before long either the operating system, some missing .DLL file or some other application or driver cause an incompatibility and the end-result is a crash. 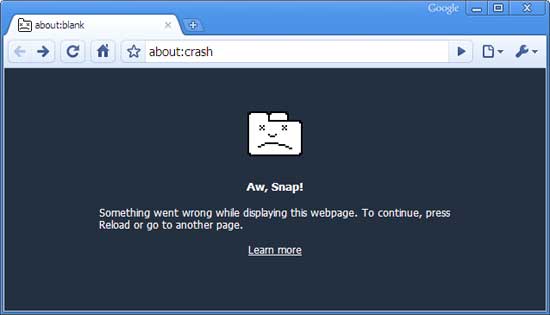 Apps that crash can be caused by all sorts of things, software causing the hardware to crash or vice versa. If you purchase software that costs a lot of money and it crashes, then that leaves you with a bad experience.

Michael Mott (guest speaker, on the right) talks about the approach of someone using Tachyon experience as a new user, to query the endpoints in real time and to figure out how the end users are feeling, particularly with all this working from home going on right now.

The benefit to the end user is that the IT admin can use Tachyon to observe what is happening on the endpoint in real-time and potentially avoid having to call the end user about their problem, be it a crashy app or slow endpoint.

“A lot of the time users don’t complain until it gets really bad.”

Tachyon itself is made up of different modules (shown below) and today we’ll be looking mostly at the Experience module. 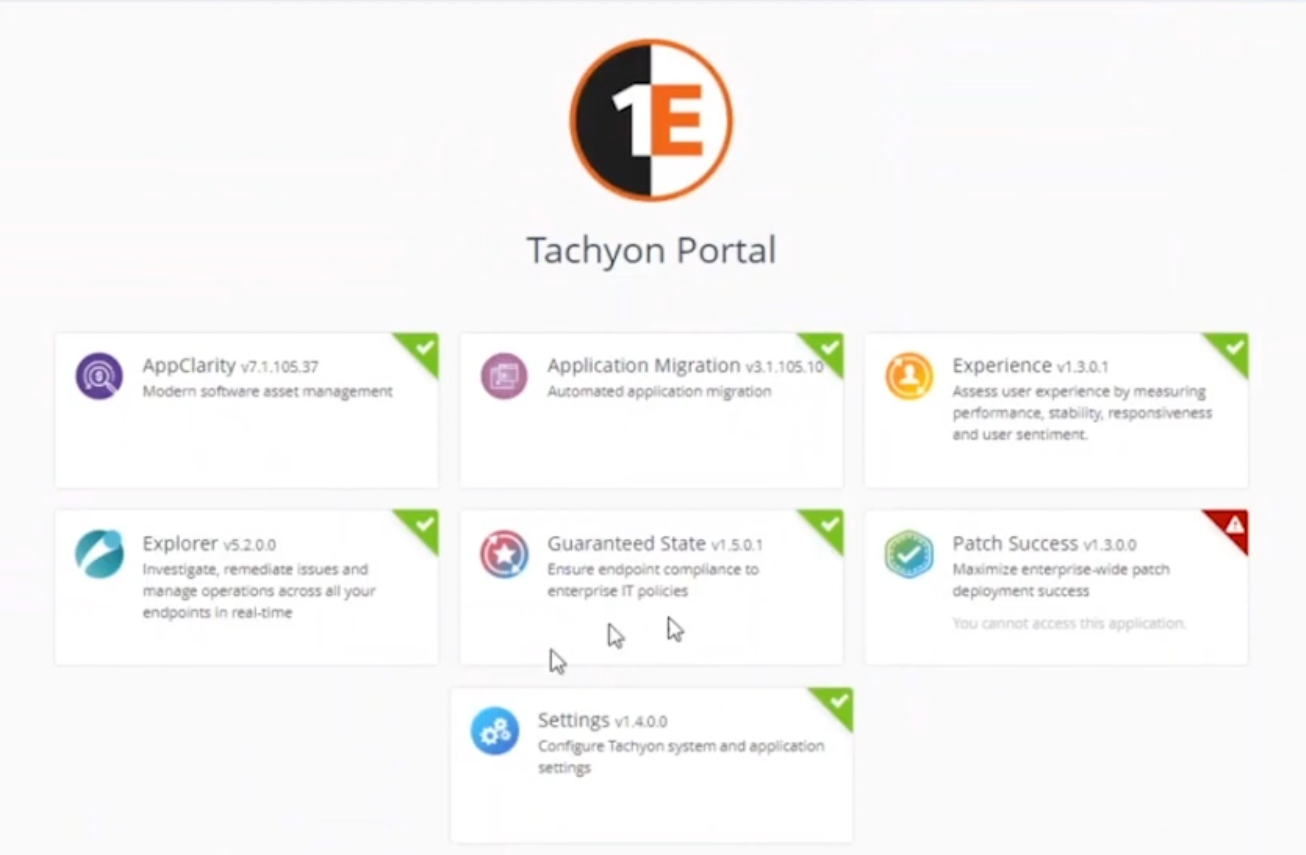 Using the Experience module (made up of a couple of different scores) in Tachyon gives you an overview of everything, you can see how apps experience for the end user and this gives you the power to stop problems in advance or see them happening in real time. Here we can see the Overview selected.

The overview is made up of 4 main components to generate an experience score. 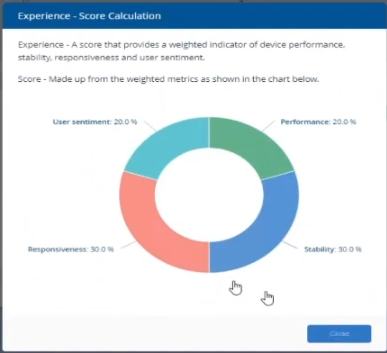 A breakdown of the experience score calculation.

By drilling down into each of those weighted metrics we can see that Stability is the one which directly relates to apps that crash or an operating system with problems.

Responsiveness relates to the Windows UI, system internals and system startup so for example if an app such as Outlook is slow to launch and shows a blank screen while loading, this can be captured here and reported on.

Performance is based on System disk performance, memory throughput, network performance and CPU performance. In the categories overview for these loaner machines (in the example) they are performing well for the first three metrics, however Sentiment is not doing so well in the dashboard below.

But what is the Sentiment component, well it’s based on user feedback gathered from surveys sent out. If you click on the Sentiment category to drill down further we get more details of that.

Some user rated their virtual machine as very poor.

Surveys help to generate the Sentiment score and these surveys are sent out using the 1E client.

Digital Experience Management (DEM) is all about assisting the user to do the best work they can… Sentiment is a great addition here.

These surveys are only sent out to the end-user when the client detects that mouse movement is low, or for example processor usage is calm or for example it verifies that the user is not busy having a conversation in a Teams chat. In other words, the surveys are built in such as a way as to not disturb the user.

Using the data and drilling down to find out more

Looking at the data we can see that PC0005 is responding well and getting good scores, but not so for PC0004.  Drilling down further we can see responses from the end users about problems on individual clients and these give clues as to what the problem is.

A quick look at the good machine (PC0005) in real-time shows how it’s performing and all looks good (as expected), including the Surveys. You can also look at the logs and see how it booted, you can search for events that have keywords like Crash for example. 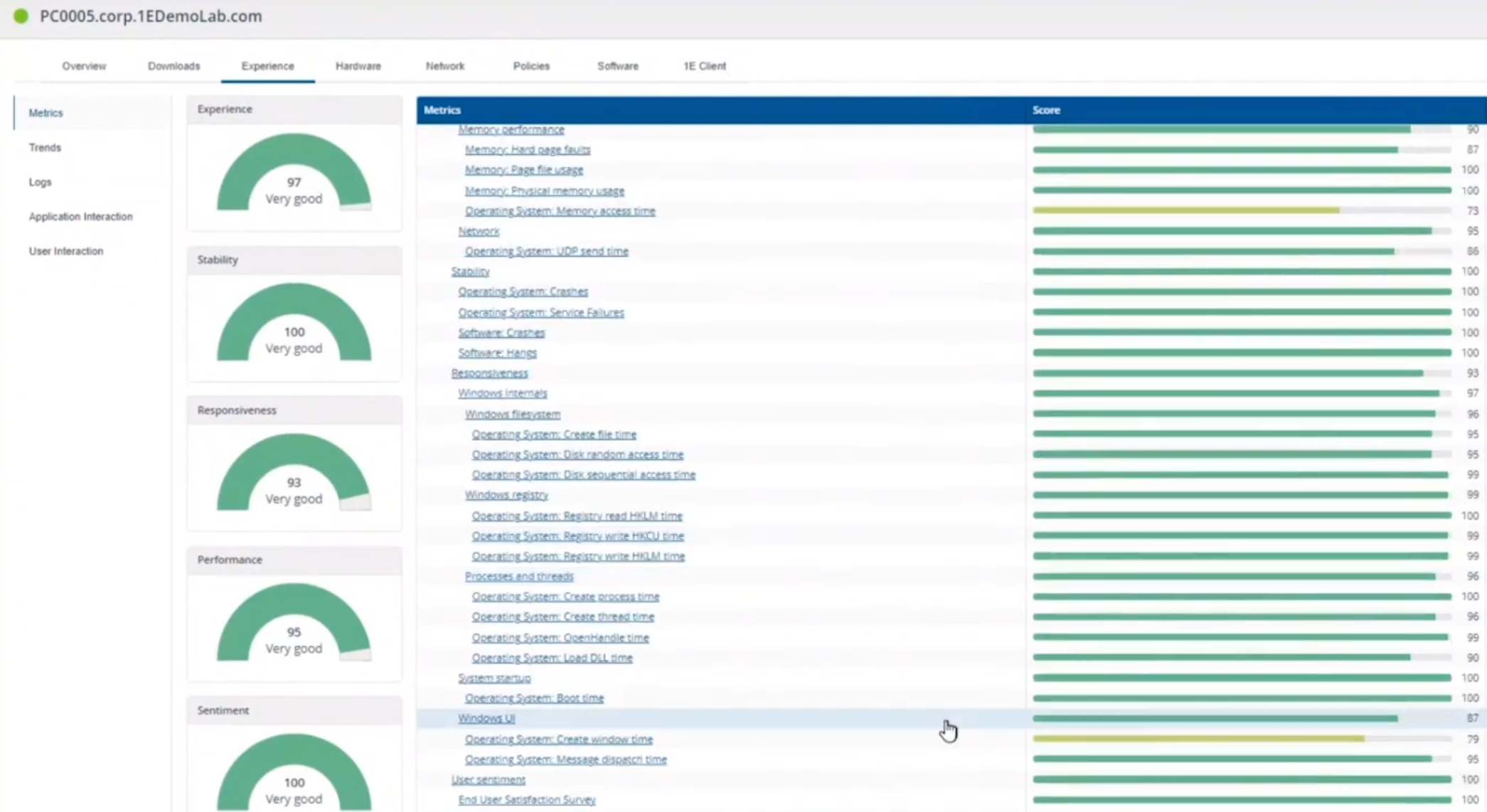 But that was the good machine, so all looked OK. PC0004 however had a bad score for Sentiment, so let’s take a look at that. 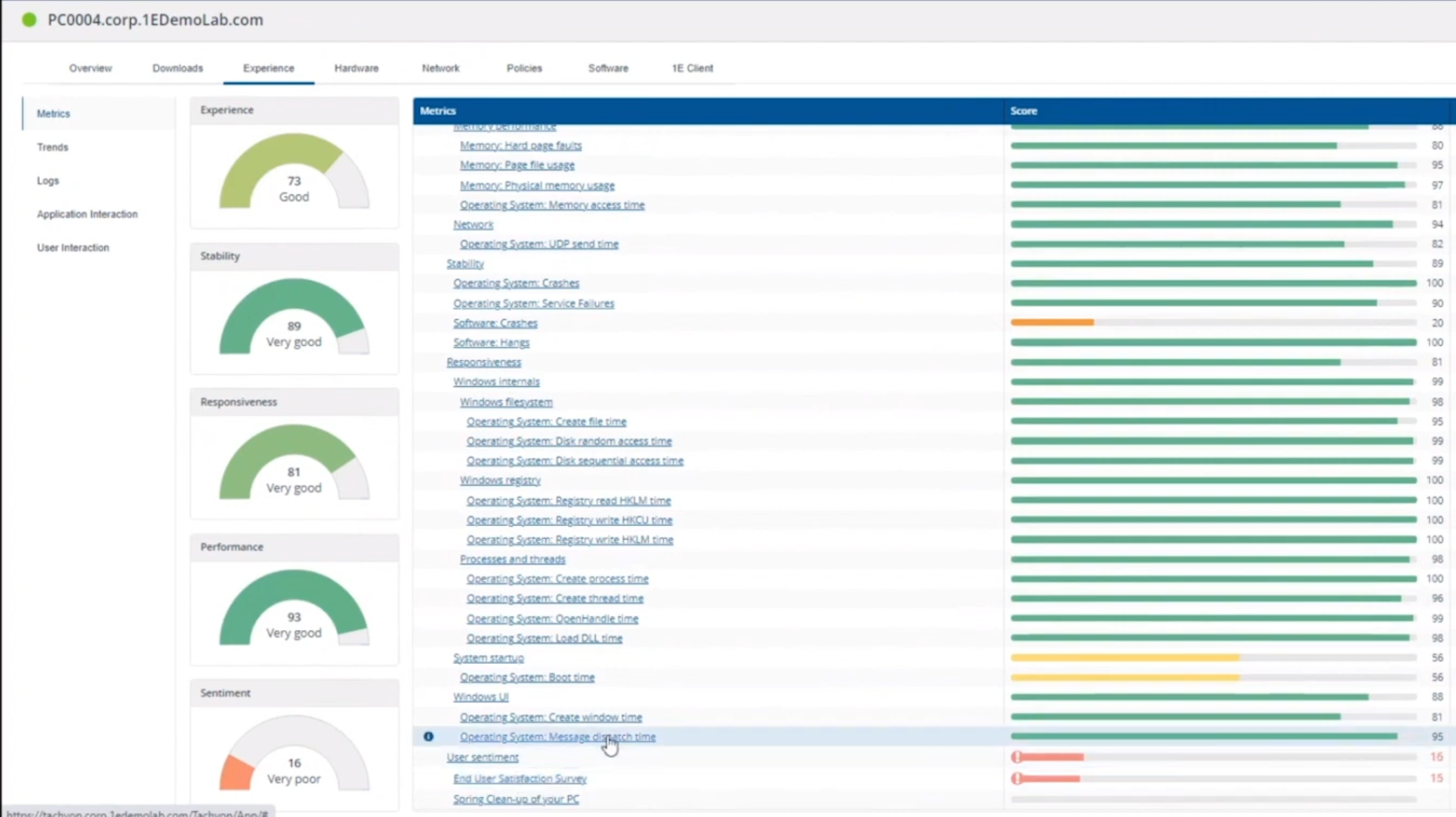 As you can see, the Sentiment score is very poor. Digging deeper we can see that Chrome was crashing over and over, no wonder the user was unhappy. They even installed Mozilla Firefox to try and resolve things. 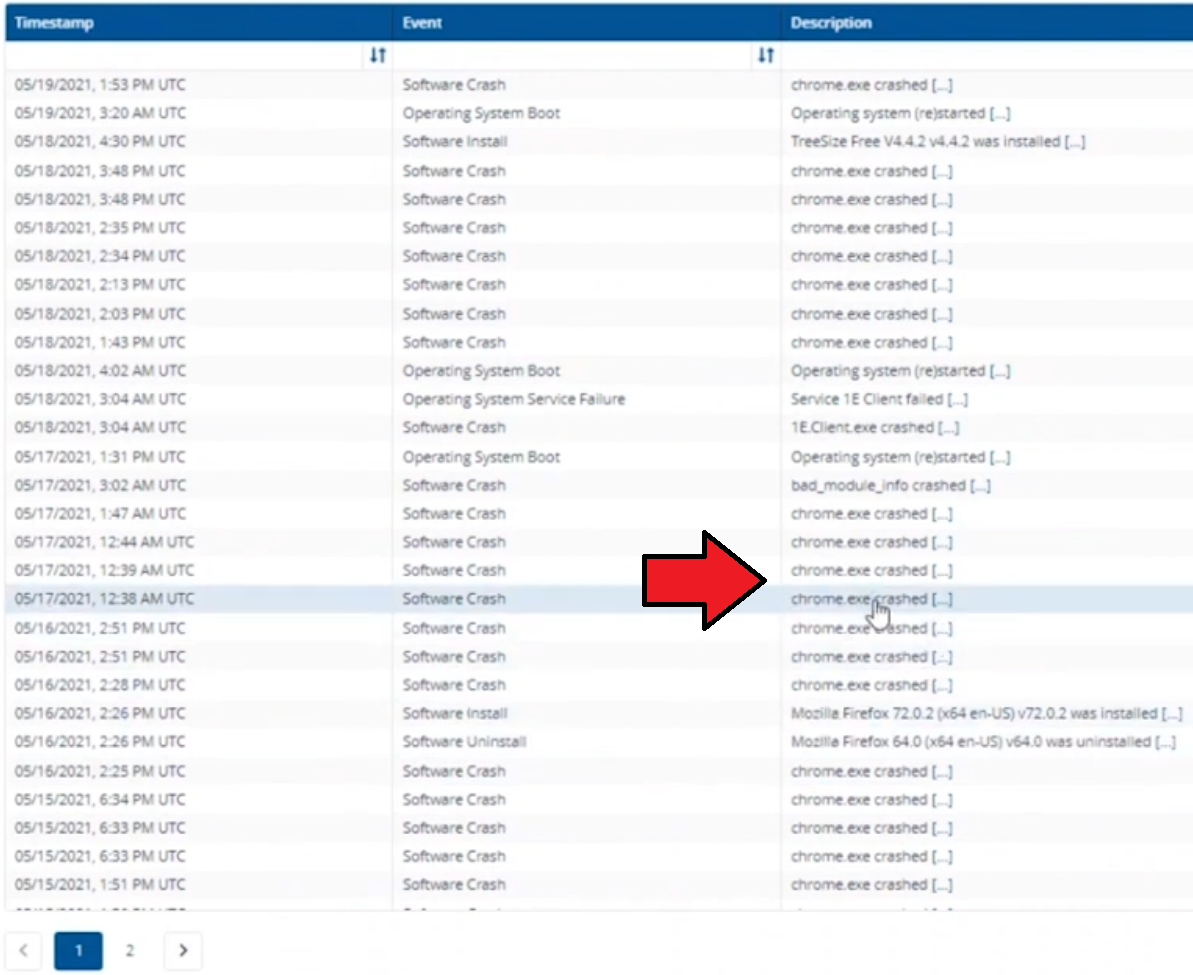 More investigation reveals that the system disk is nearly full, perhaps that’s the cause of the crashing app.

If we then go directly to the device in question you can indeed see it’s low on disk space and (as it was not being used) the Survey was showing. 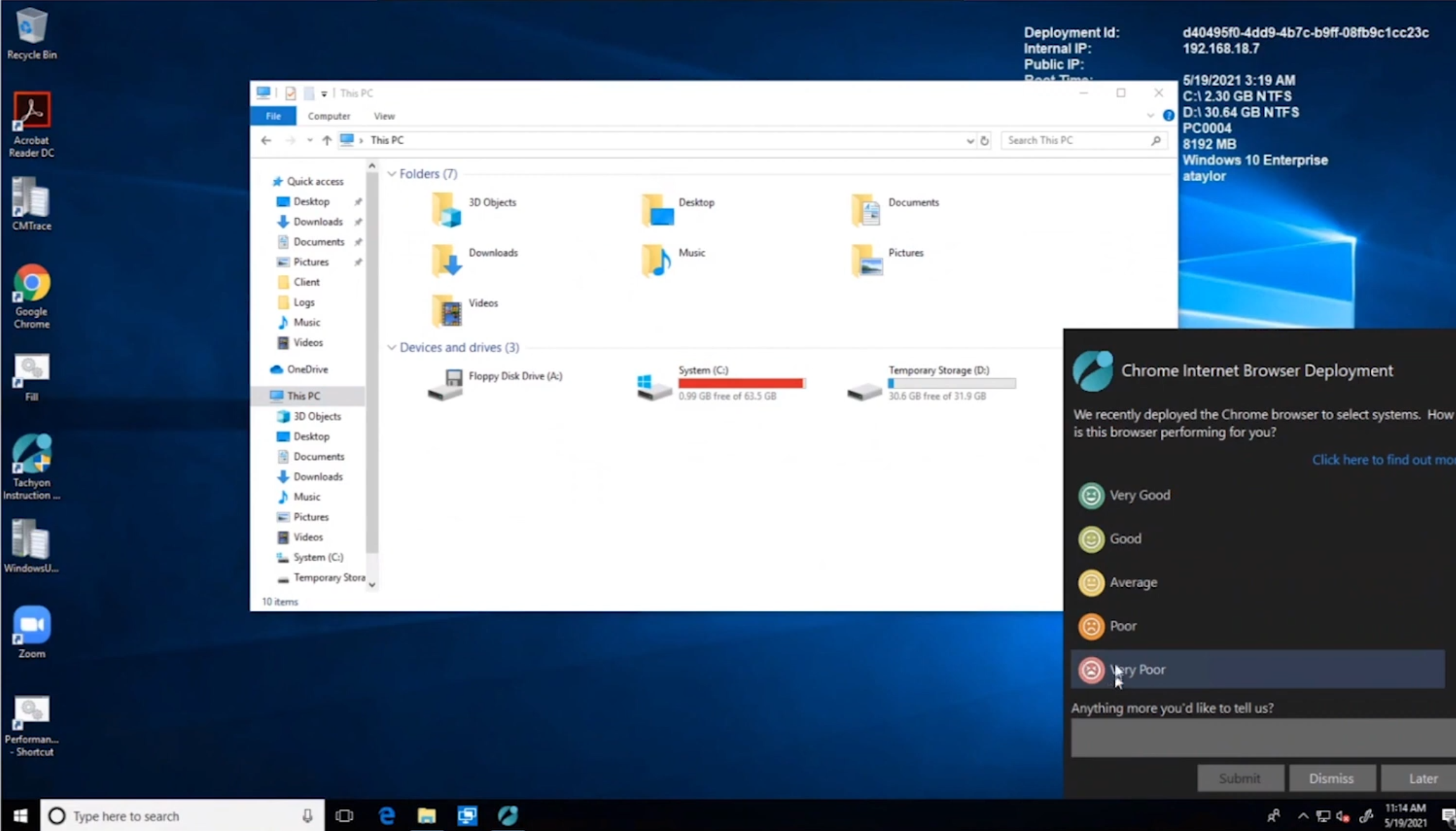 Surveys help to pinpoint where the issues lie.

Now that the IT admin has some clues to the problem, they can take action using Tachyon Explorer. The actions available to IT admins can be scoped with permissions via role based access control (RBAC) so that for example they can only run Survey Administration and the actions applicable to that role.

In there, you can type free text search fields or even connect to it using an IT ticketing system such as ServiceNow.  In this example however, the admin searches for disk and that brings up several examples of actions, including how to free up disk space. 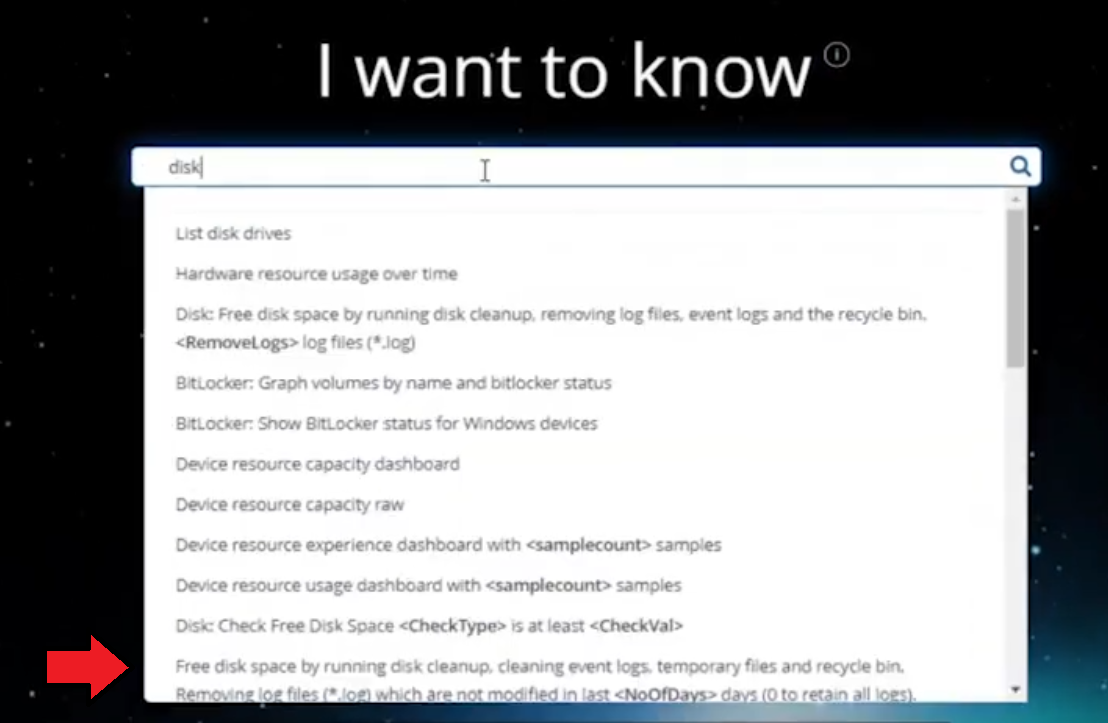 This free disk action empties the recycle bin, runs a disk cleanup and removes temporary files. But, even though the admin wants to do this action they can be required to need approval to do it to add an extra layer of (2FA based) security.

After the approval is received the free disk action runs automatically, and Chrome stops crashing for the end user on PC0004.

Another happy user ! That’s it for this blog post, I hope to see you in the next one. In the meantime, I’d suggest that you sign up for the next DEM webinar, it’s free, tell them Niall sent you 🙂.

And for those of you who want to see previously published episodes please click here.

DISCLAIMER: The contents of this article are the opinion of the author and have been written from an impartial standpoint; however, 1E may have reimbursed the author for time and expenses for undertaking the findings and conclusions detailed in the article.

This entry was posted in 1E, Tachyon. Bookmark the permalink.