These are my notes about a session I’ve attended at Microsoft Ignite 2019, you can review the recording for this session here. The session was created to allow us to learn more about new Android Enterprise (AE) device management choices as part of Microsoft Endpoint Manager.

I’ve split this blog post up into different parts as there is just so much content to be covered.

My goal with blogging this is to make sure I didn’t miss anything and to understand all the new capabilities properly and of course, to help you understand it too.

To start off with Chris and Priya introduced themselves and then explained why Microsoft Endpoint Manager (which brings together Configuration Manager + Intune) is a great solution for managing devices, including mobile devices and applications. 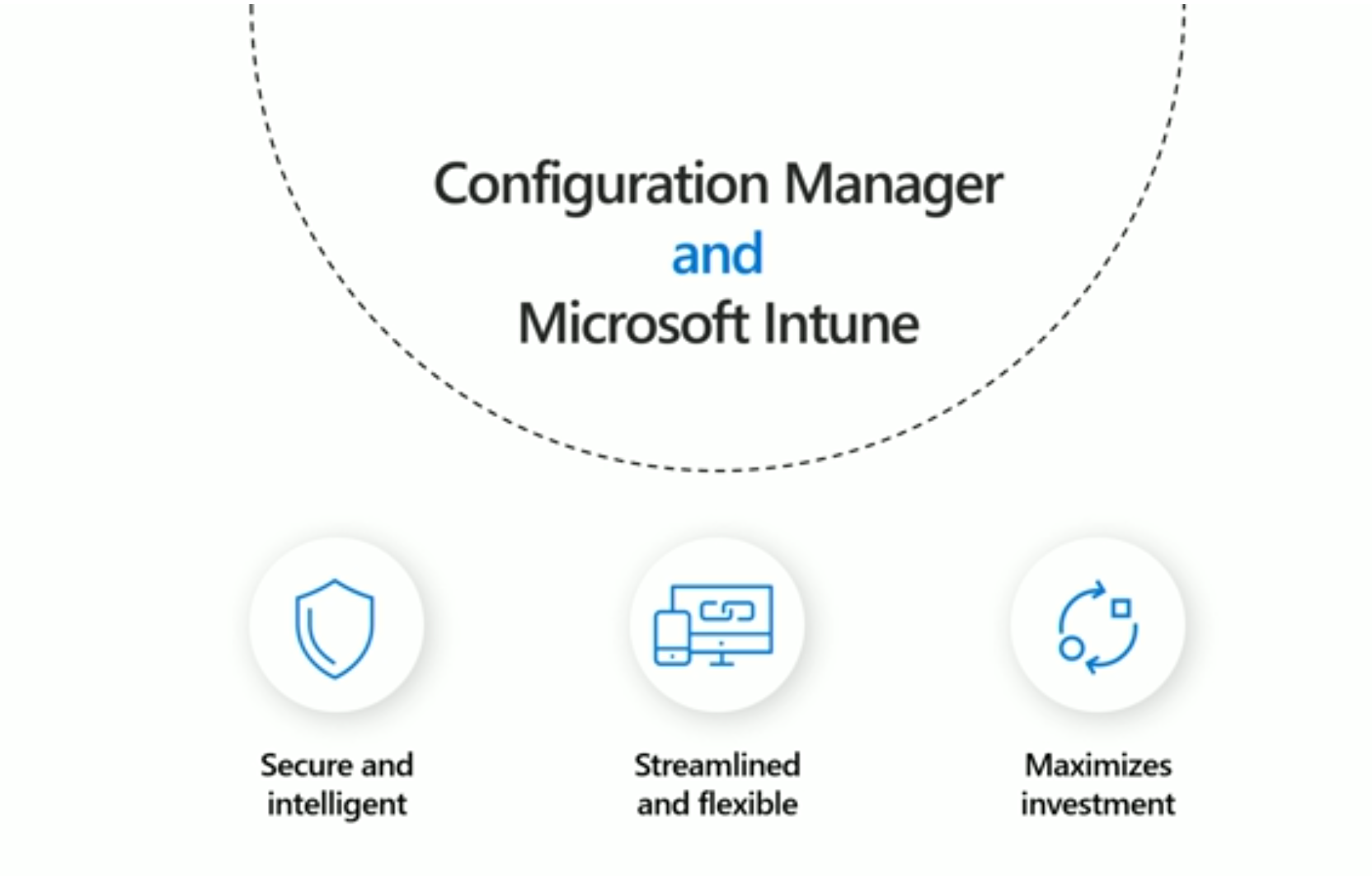 A brief history of Android

Android is Google’s own phone operating system which has been available since 2007 in it’s first beta form. In 2014 however, a new version of Android was released (Android 5.0, code named Lollipop) and it was the first version of Android to allow for Enterprise Management capabilities. Android device management is a core part of Microsoft Intune and a lot of work has happened in that space since Lollipop was released.

The key partnerships that enable this are: 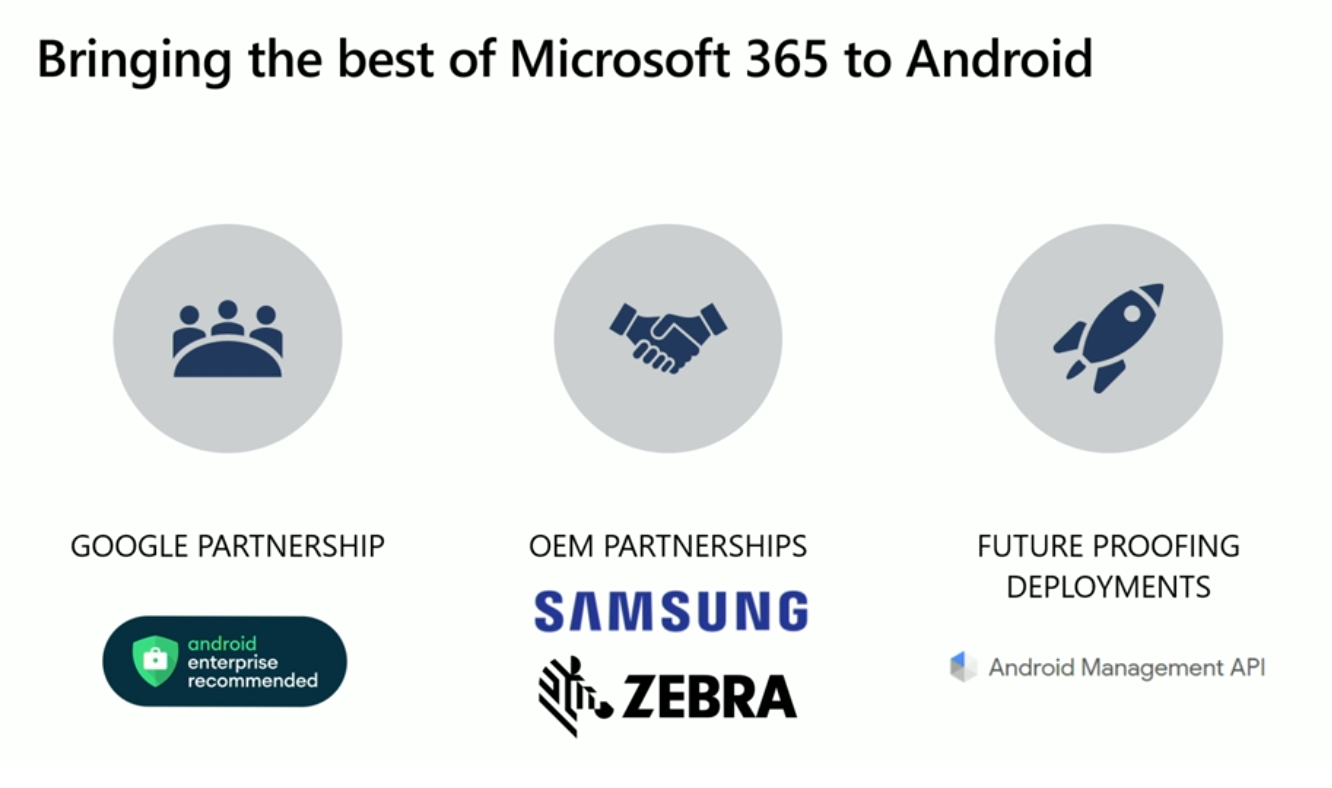 Google has a close partnership with Microsoft and they work together to provide an excellent Android experience with their shared customers and it’s the principal which drives all the discussions they have together.

On the engineering side, the Android PM’s in Microsoft Intune meet weekly with their counterparts from Google discussing roadmaps and feature requests and of course, when they encounter issues. The partnership goes two ways, with Microsoft often getting feedback from Google about how Microsoft can improve their Android support based on their deep knowledge of Android OS, and Microsoft is also able to give feedback to Google based on what they hear from their customers, eg: what could be done better, what features could be improved or changed.

Intune is also on boarded to Googles Partner Escalation desk which provides 24/7 access to Googles Android Enterprise engineers should it ever be needed. To get an overview of this collaboration watch the video in the following blogpost:

And here’s the video.

Microsoft has also partnered with different Android hardware device makers such as Samsung and Zebra, to cover areas such as feature planning, customer deployment challenges and of course, customer issues.

Everyone is familiar with Samsung as they are such a large, well known Android phone maker, but maybe not so many are familiar with Zebra. Zebra manufacture devices such as hand held scanners for scanning inventory in factories or warehouses, and those devices run Android.

One of the strengths of this partnership is how these OEM’s have adopted OEMConfig. For details on what OEMConfig is see the following link:

As Microsoft was one of the first to adopt this API, they’ve also been able to drive some of their customers feedback into it as well. Going forward, Microsoft has observed and totally expects Google to invest heavily in this platform and they expect it to become the premier cloud first architecture for managing Android devices going into the future and tens of thousands of customers today who are already deployed on Android enterprise dedicated devices such as Android Kiosk devices or fully managed devices are already running on this architecture today. 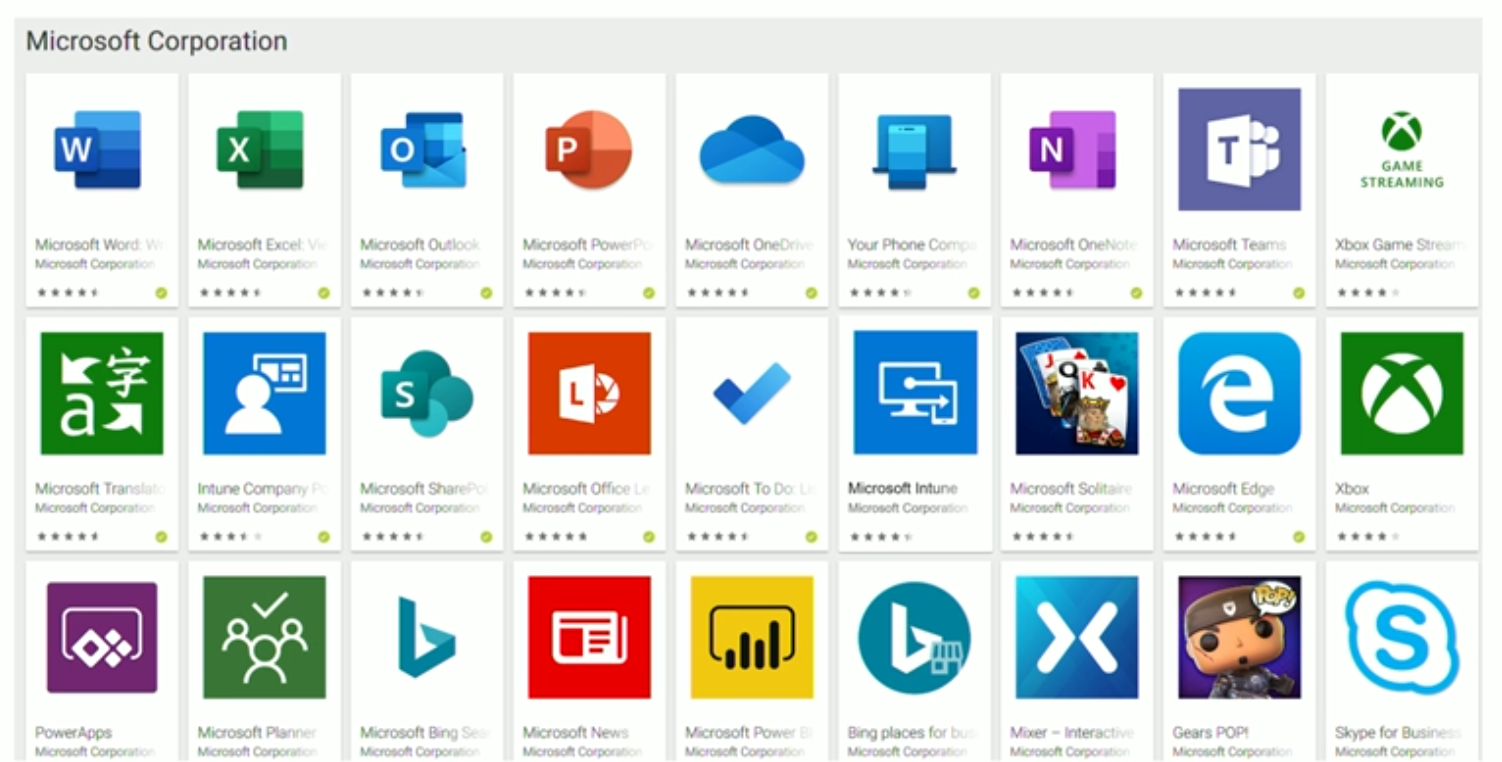 Please join me in the next part where we’ll look at Android deployment scenarios in Intune.

This entry was posted in Android, Intune, Partnerships, Samsung, Zebra. Bookmark the permalink.