There are two main versions (of Configuration Manager) available:

System Center Configuration Manager (Current Branch) is designed for use in production, for managing anything from small to very large Enterprises whereas System Center Configuration Manager (Technical Preview) is for lab environments only and is limited to 10 clients. The Technical Preview releases are released monthly, and contain the latest and greatest features being trialed in the product, and usually these new features are the result of feedback from uservoice.

Current Branch releases on the other hand are released only a few times per year and contain stable, tested features that are mature enough to release into production environments.

So how do you get Technical Preview installed ? There are two methods:

Upgrade from a previous installation of Technical Preview (as shown in this guide).
Do a clean install of Technical Preview 1703 (the latest TP baseline)  by using the following guide  and replace the base version in that guide with the  TP1703 release and then upgrade.

Upgrading to this release

Once you have a Technical Preview release installed, in the Configuration Manager console browse to Administration, Overview, Updates and Servicing as shown below. Click on Check for Updates (in the ribbon) 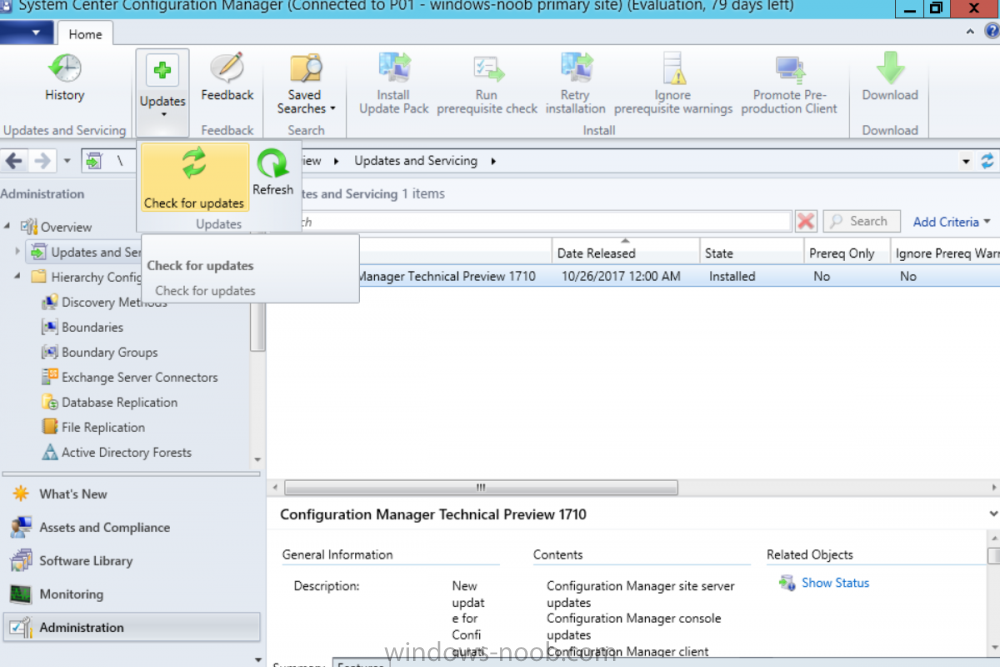