System Center Configuration Manager (Current Branch) is designed for use in production environments, for managing anything from small to very large Enterprises, whereas System Center Configuration Manager (Technical Preview) is for lab testing environments only and is limited to 10 clients. The Technical Preview releases are released monthly, and contain the latest and greatest features being trialed in the product, and usually these new features are the result of feedback from uservoice. Current Branch releases on the other hand are released only a few times per year and contain stable, tested features that are mature enough to release into production environments.

Microsoft have released the latest Current Branch offering known as System Center Configuration Manager (Current Branch) version 1702, so it’s time to upgrade again. This release offers many new features, one of which I’m especially proud of because it was my uservoice ! For details about this change see the following post.

This release also includes new features for customers using Configuration Manager connected with Microsoft Intune. Some of the new feature include:

For more details and to view the full list of new features in this update check out the What’s new in version 1702 of System Center Configuration Manager documentation.

When new Current Branch releases are made public, you have the choice of getting it immediately using a fast ring PowerShell script, or to wait a couple of weeks until it is made available to the slow ring (and then show up in the ConfigMgr console). To use the fast ring PowerShell script, download it, and run it to self-extract to C:\EnableFastRing1702. Once extracted, start a PowerShell cmd prompt in that folder and from there use the following command (where CM01 is the <SiteServer_Name | SiteServer_IP> of your CAS or standalone Primary site server).

and below is sample output from that script. 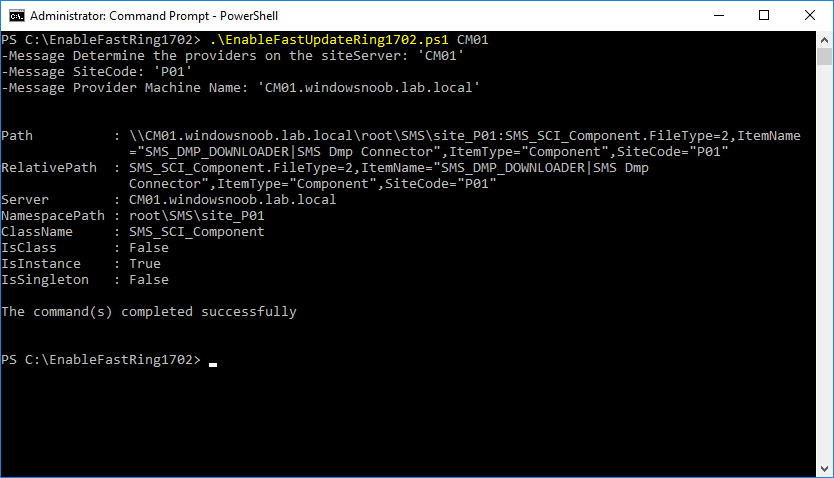 To start the upgrade open the ConfigMgr console and find the Updates and servicing node as shown here. You can see that Configuration Manager 1610 Current Branch is already installed. 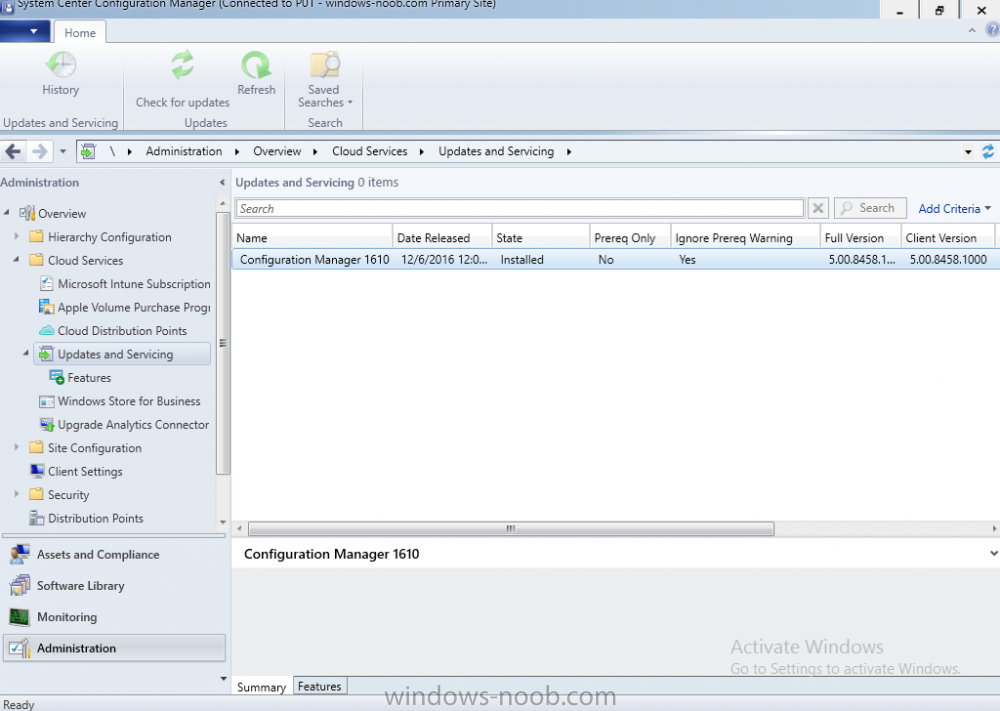 And as instructed open the DMPDownloader.log using CMTrace to monitor the process of checking for updates. Here you can see Generating state message: 6 which highlights that it’s found an applicable update. 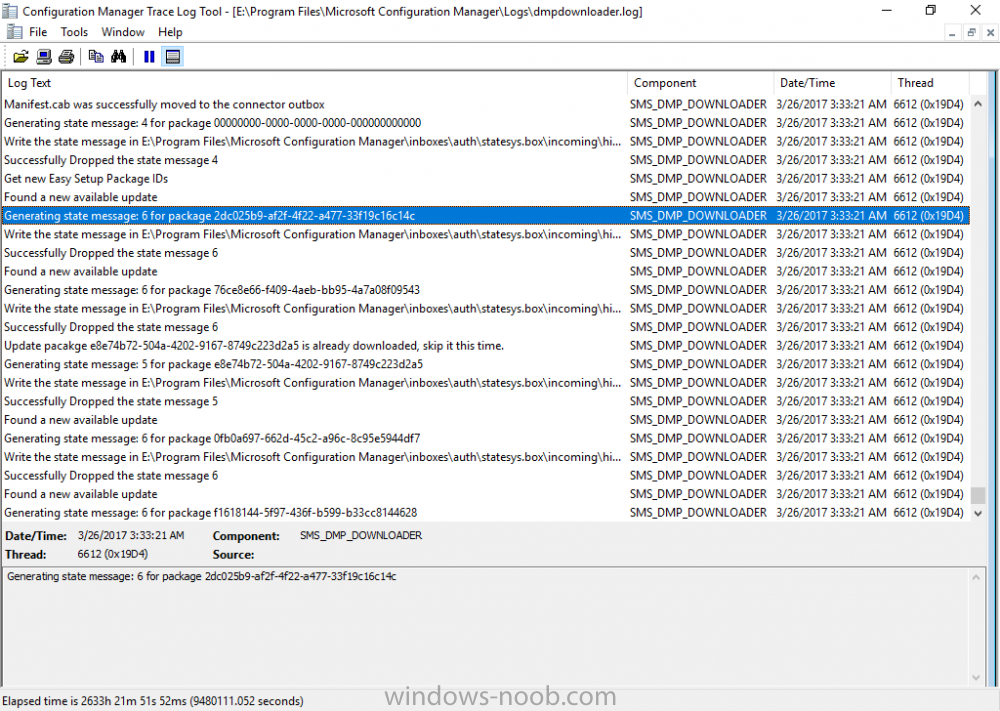 Tip: you can identify the Package GUID in the console by enabling the GUID column 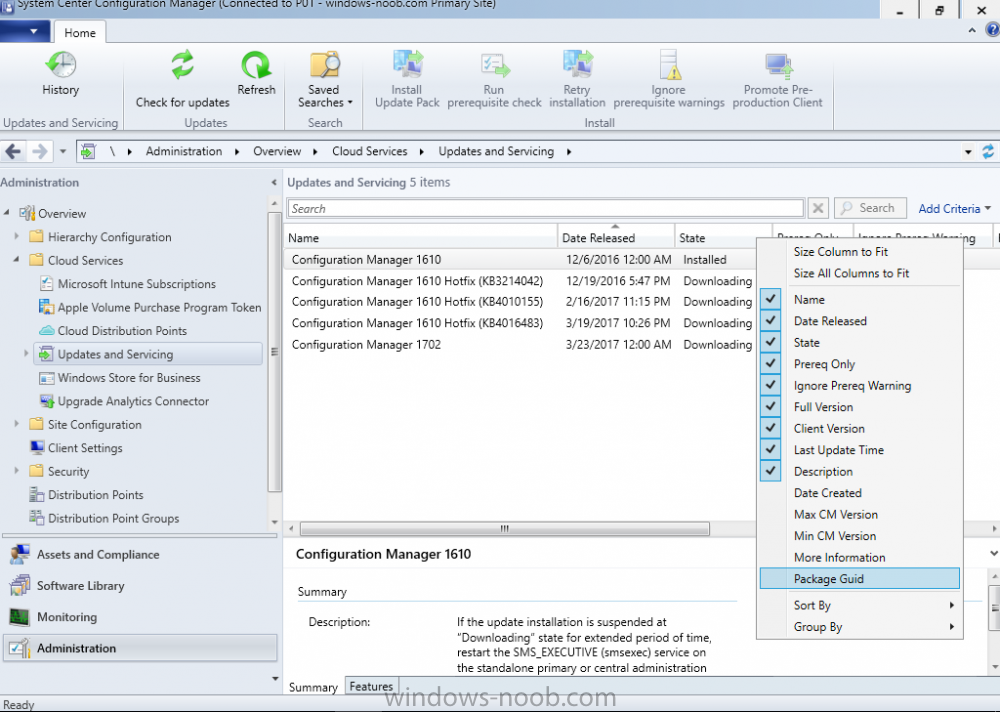 and then scroll to the right to see what’s listed 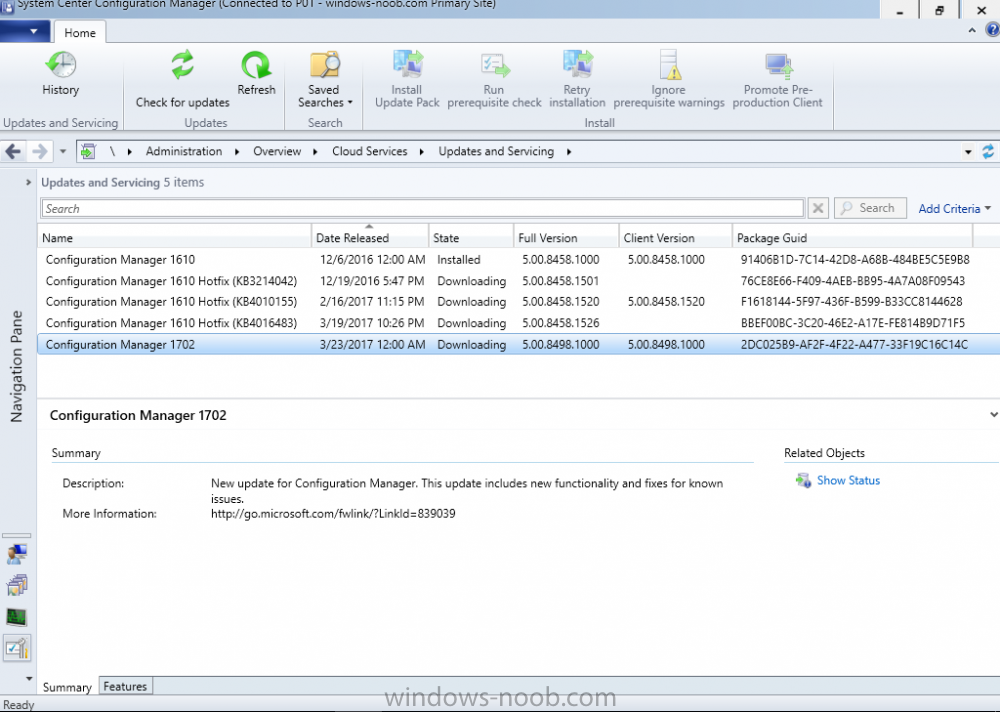 In the ConfigMgr console you’ll see it’s in a state of downloading, in this example it is also downloading hotfixes released since 1610 was installed (this is a Lab which was powered off for a month or more). 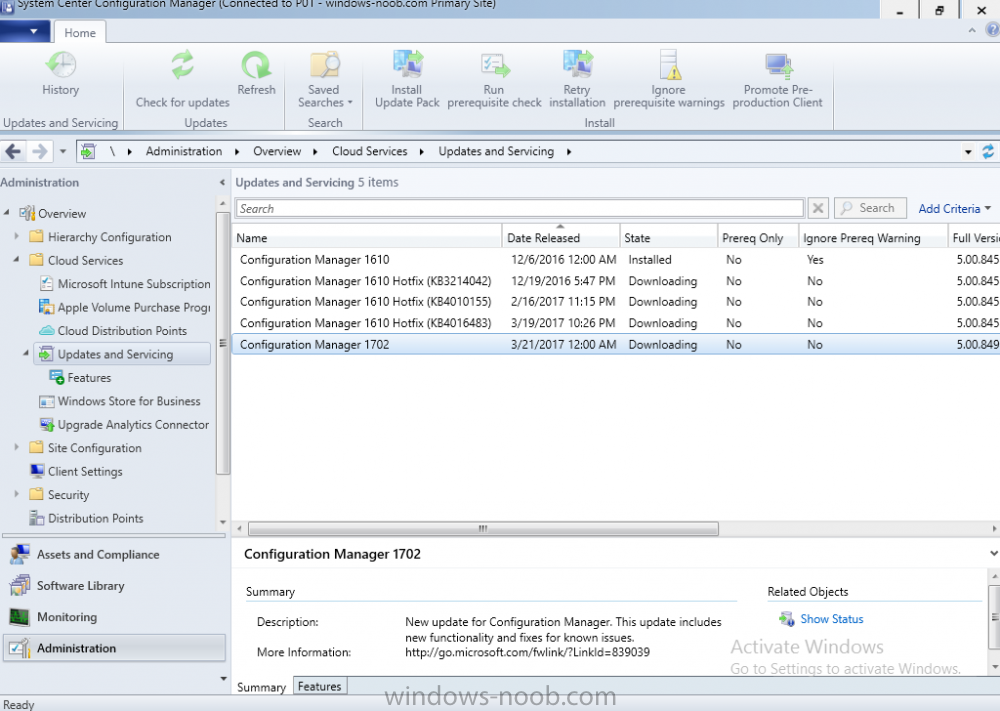 Once it has completed downloading it will be listed as a state of Available. You need to click refresh in the ConfigMgr console to update the view. 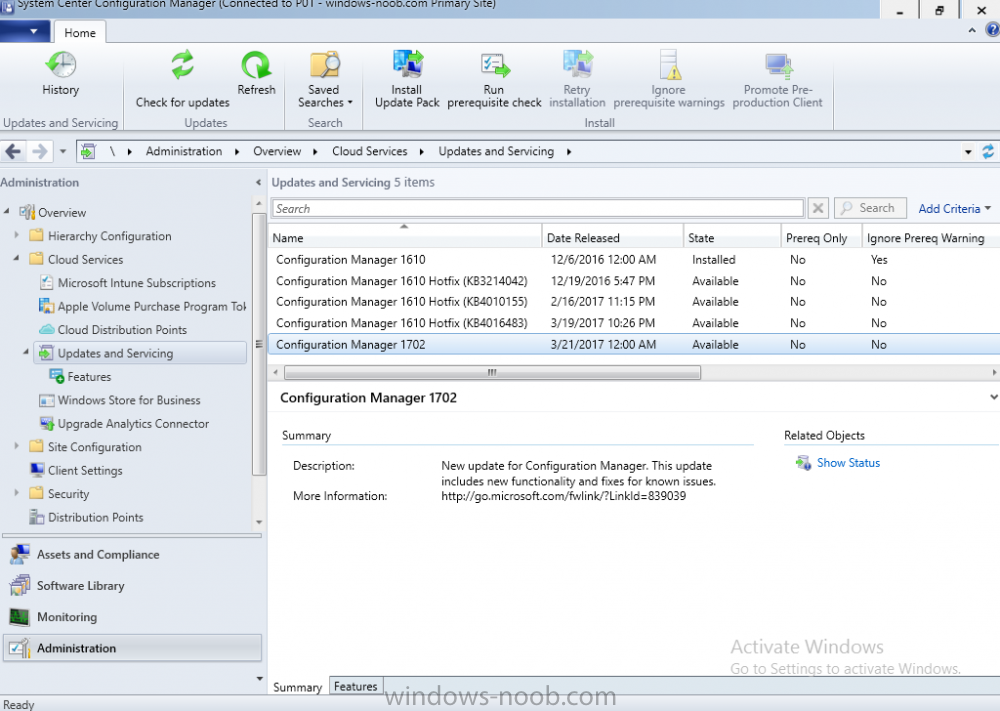 This entry was posted in 1702. Bookmark the permalink.