When do different versions of Windows 10 (CB versus CBB) become unsupported ?

It’s a little over a year now since Windows 10 was first released and during that time three versions have been released.

In this post I’ll try and explain when these different versions of Windows 10 go EOL in terms of official support (Security Updates) and Windows servicing within Configuration Manager (Current Branch).

To CB or CBB

Windows 10 can be Current Branch or Current Branch for Business (there are other versions like LTSB or Windows Insider Previews but let’s keep this post about CB versus CBB).

When a new release of Windows 10 arrives, it is by default in the Current Branch. So for example when Windows 10 1511 – (build 10586) shipped in November 2015, it was Current Branch until it was declared Current Branch for Business approximately 5 months later in April 2016 as per this blog post.

You can determine those dates and whether a version of Windows 10 is CB or CBB via this webpage. There’s a table on that webpage showing different versions of Windows 10, but they are all intertwined so it might be a bit confusing.

I’ll try and make it clearer for you here.

This version of Windows 10 was shipped in 7/29/2015 and was declared CB and CBB at the same time as it was the first release of Windows 10. Confused ? you are not the only one.

What you don’t see from this table is when this version of Windows 10 reaches EOL for security updates, and that is determined when the next CBB release is declared. And that  would be when Windows 10 version 1607 is declared as CBB as Microsoft only supports two CBB releases at the same time.

So, let’s take a look at the next version of Windows 10.

In the following table you can see that this version of Windows 10 was released in November 2015 (as Current Branch) and declared CBB in April 2016.

Declaring a version of Windows as Current Branch for Business basically gives it the ‘Microsoft seal of approval’ for use in your Enterprise. CBB releases may contain updates (cumulative updates) which patch that release with fairly recent versions of those CU’s for that version of Windows 10. You can get details of those CU releases here.

And finally we have the latest and greatest release of Windows 10, the anniversary update.

This version is currently only available in one version and that is Current Branch (yes I know there’s an LTSB version available on MSDN but this blog post is focusing on CB versus CBB and EOL of security updates for those versions) and you can see that info below.

The following (modified with Windows 10 versions added) table should give you a clearer idea of when your release of Windows 10 will become EOL.

or to make it even clearer, here’s how to establish a rhythm with Windows as a service.

From the graphic above, you can assume the following:

But wait, there’s more. Microsoft have decided to add an extra 60-day grace period where they will continue to patch a Windows 10 release for an extra two months after the second CBB declaration. 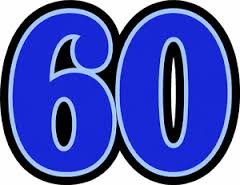 That means that even when 1607 is declared as CBB, that you’ll have another 2 months to get Windows 10 1507 removed from your Enterprise.

Understanding the EOL for servicing Windows 10 is important so that you can plan and manage which versions are allowed to run in your Enterprise. I hope this helps, thanks to Jason Sandys and Michael Niehaus for their clarifications with this post.

1 Response to When do different versions of Windows 10 (CB versus CBB) become unsupported ?