With the ever-evolving Current Branch releases, it’s good to have a place where you can verify what the support life cycle is for any version, and now you can.

Head over to this page on Technet and you’ll see the following graphic. 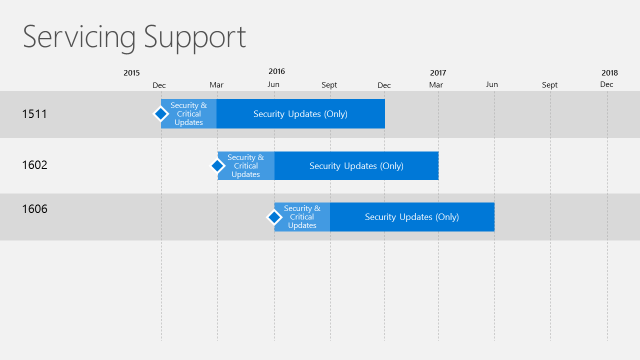 From this you can see that the original release of System Center Configuration Manager (Current Branch) was released in December 2015 and is supported right until the end of this year, December 2016. Also included are similar support life cycles for the other two releases, 1602 and 1606.

However if you look closely there are two different phases of support and they are described below.

The two distinct phases of support vary depending on where you are during that Current Branch release you are running:

So for example, if you are today running System Center Configuration Manager (Current Branch) version 1606 then you are in the Security and Critical Updates servicing phase.

Scroll to the bottom of the page and you’ll see a version history which gives actual start and end dates in relation to support.

The Microsoft Support Life cycle page has also been updated to reflect this info, and merely links back to this information via the link in the Notes section shown below. 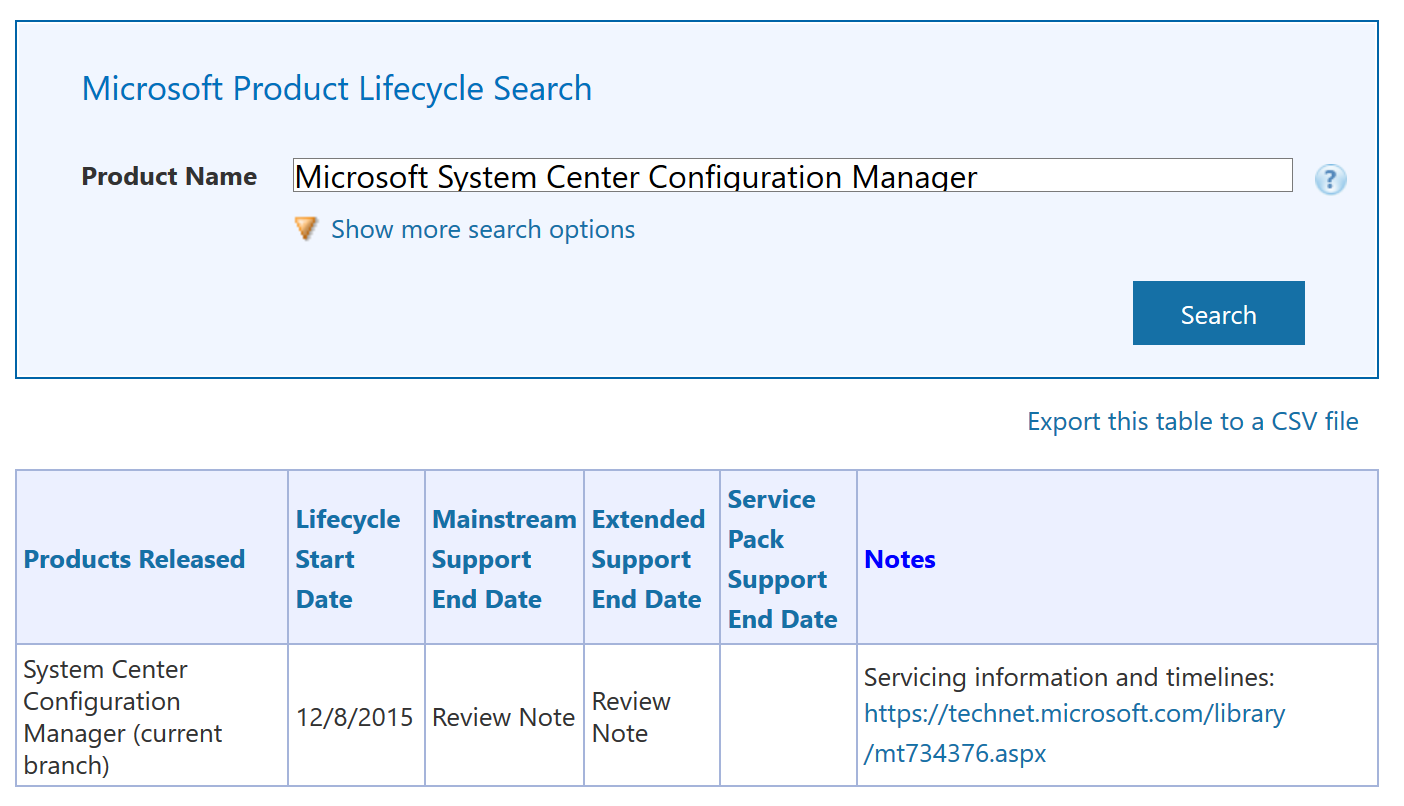