How can I become a Microsoft MVP ?

Another quarter has just passed and another bunch of Microsoft MVP‘s have been announced.

Some are newly awarded, others are lucky enough to be renewed, but some however do not get renewed, and for those that don’t get renewed, it is probably something of a personal tragedy for them.

I’ve been lucky enough to have been awarded the Microsoft MVP title 10 years in a row so far, and hopefully this post will help others achieve their goal of becoming a Microsoft MVP.

Many people in areas of Microsoft’s diverse skill-sets want to become a Microsoft MVP. I guess as a result of that, several times per year people contact me asking how to become one, and I usually always answer the same thing.

I thought about blogging it but never got around to it, so here it is.

What is a Microsoft MVP

A Microsoft MVP is (according to Microsoft) …

A Microsoft Most Valuable Professional (MVP) award is given to “exceptional, independent community leaders who share their passion, technical expertise, and real-world knowledge of Microsoft products with others.” 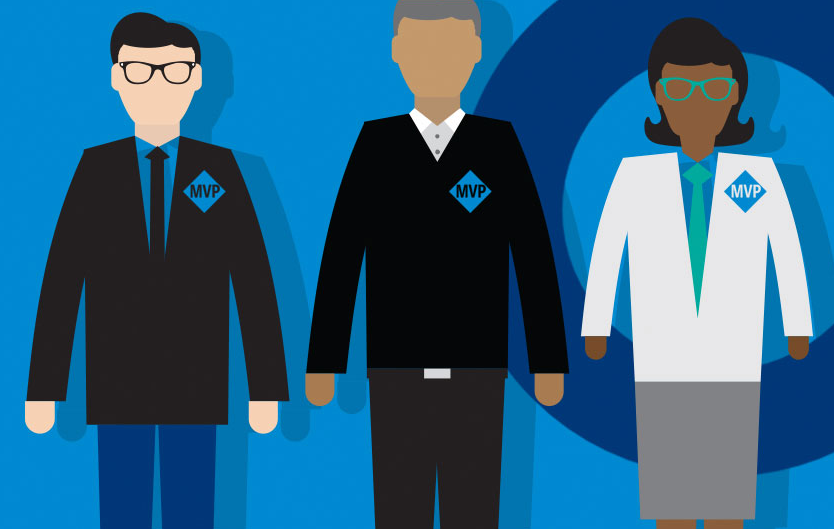 To others, it’s an honor, a status symbol, a highlight of a career, a real game changer, and recognition of the work you’ve done with Microsoft products in the community.

When are MVP’s awarded

Every quarter, Microsoft announces the current batch of MVP awards. Before it happens though, things get very exciting, you can see lots of nervous tweets and Facebook posts a few days before the event.

Current MVP’s and MVP hopefuls are actively posting their posts saying ‘wish me luck’ and so on. This usually goes on for a few days before the event, and diminishes rapidly thereafter.

Microsoft awards the MVP status every quarter, so that’s the following dates:

Before the event, people are nervously tweeting about pressing F5 to refresh their email inbox or whatever, just waiting for that treasured email.

Because that’s how you get notified that you’ve been awarded as an MVP, via email.

Once the MVPs awards are announced, as people start to get their emails, you can see a flood of activity on Twitter related to the event.

Some people are posting about how great it is to get awarded or re-awarded, others offer their congratulations or commiserations, while others still are posting nothing due to the shock of not making it.

But for those that are dedicated, the shock soon subsides and they continue with their community work, and continue to strive to become a Microsoft MVP.

So how can I become a Microsoft MVP ?

If you’ve made the decision and are willing to commit to consistently supporting the Microsoft community, do the following in no particular order, I cannot guarantee that it will work, but it might help your chances!

What happens if I become a Microsoft MVP

Then you’ve achieved the holy grail, congrats, you did it !!!!

Microsoft will send you an email with details about how you can claim the award and you’ll probably get to sign an NDA (non disclosure agreement) and learn about the inner workings of the MVP group.

Now that the ground work is done and you’ve got the MVP status, you need to think about keeping the award (getting it renewed every year).

Going forward, if your activity in the previous year isn’t considered adequate, then you won’t get renewed.

What is the renewal period ?

Once you’ve achieved getting the MVP award, it is only valid for a period of one year.

That is of course unless you lose it earlier due to disclosing something that was listed as non-disclosure-agreement (NDA).

If however, you are still passionate about the focus area and the community, and you’ve continued with the pace of blogging/speaking/events as before, then there’s every possibility that you’ll get renewed.

Becoming a Microsoft MVP is not guaranteed, and it can take time, years even. But if you put in a lot of time and effort with the Microsoft community and consistently prove to be helpful and have persistence, skill, and belief in yourself, you can do it.

Final note: If you do achieve the desired result, don’t forget to thank those that helped you on that journey, they will certainly appreciate it.  And once you have the MVP title,  try and help others looking to become the next Microsoft MVP.

I wish you the very best of luck !

This entry was posted in MVP. Bookmark the permalink.

4 Responses to How can I become a Microsoft MVP ?