Why is the Windows Hello option missing on a Surface Pro 4 or Surface Book ?

After powering on a brand new Surface Pro 4 or a Surface Book, you might be interested in testing out the really cool feature called Windows Hello which allows you to login to Windows using facial recognition. Awesome. 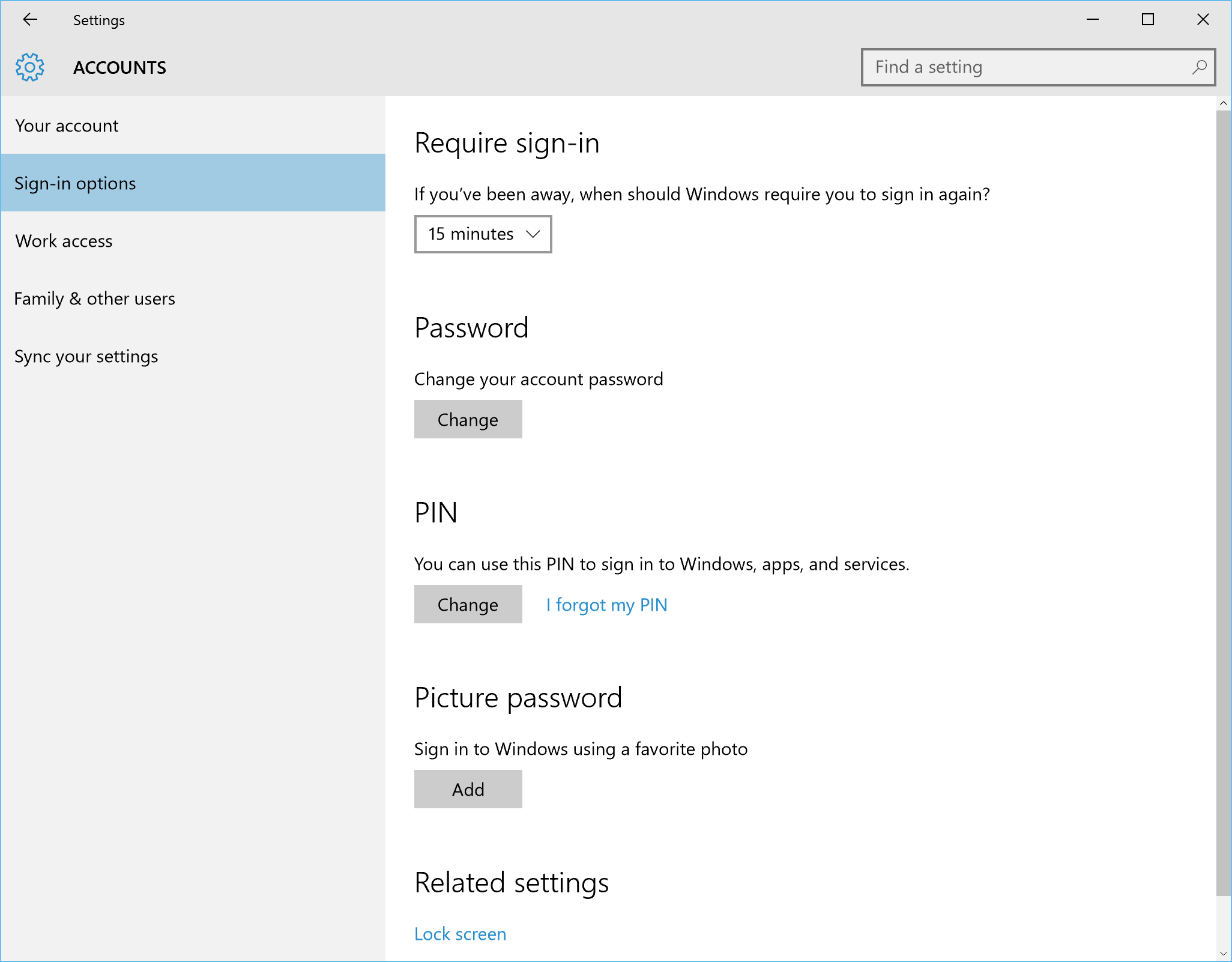 The reason it’s missing is because the device shipped with an older version of firmware for one or more devices. The prime suspect is the Surface Camera Windows Hello driver listed under System Devices in Device Manager. 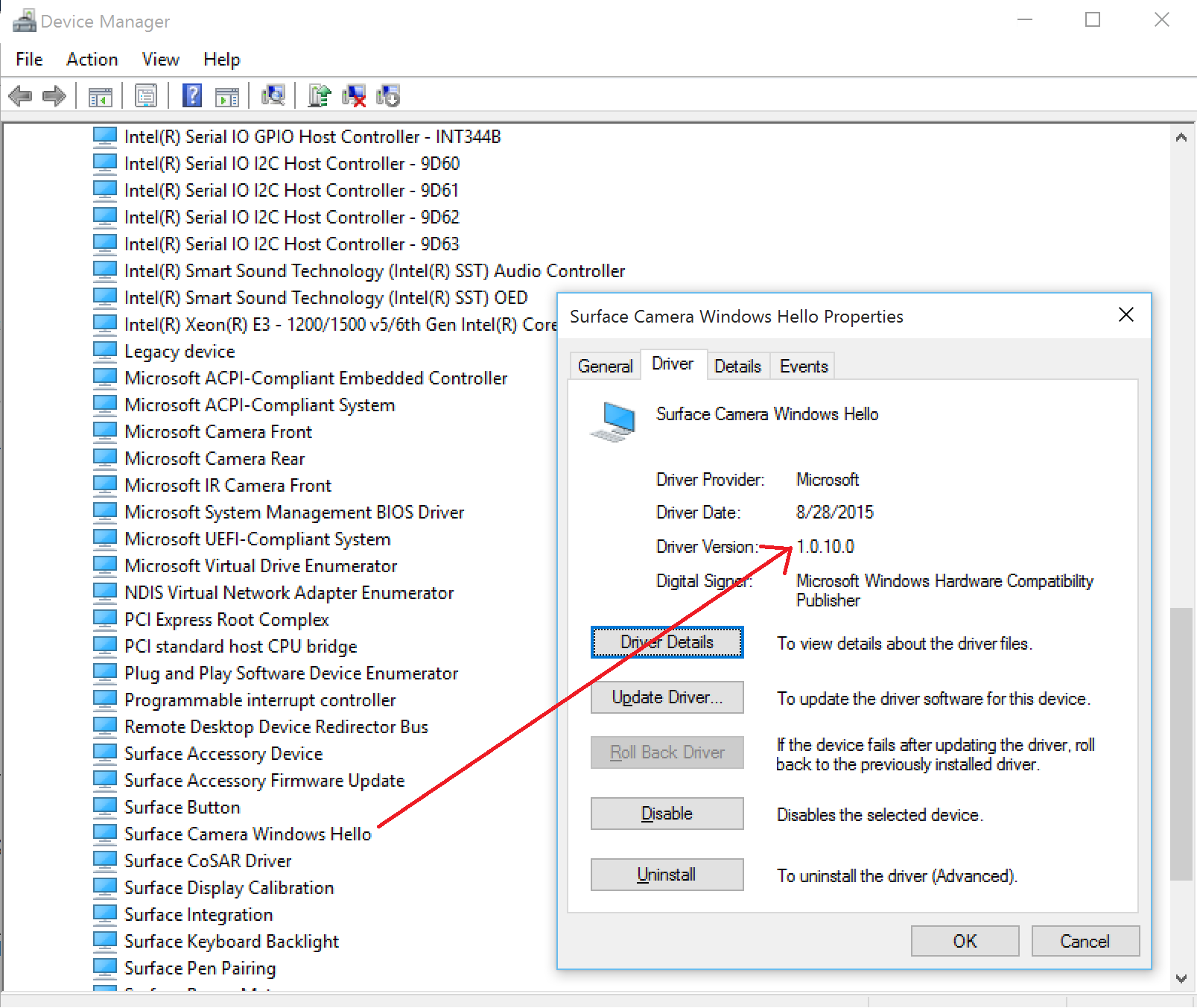 To resolve the problem, simply go to Windows Update as described below and update the firmware and drivers to the October 2015 release.

Another option is to simply update the driver for the system device by downloading the Surface Pro 4 zip drivers from here and locate the Surface Camera Windows Hello driver located in the extracted zip. 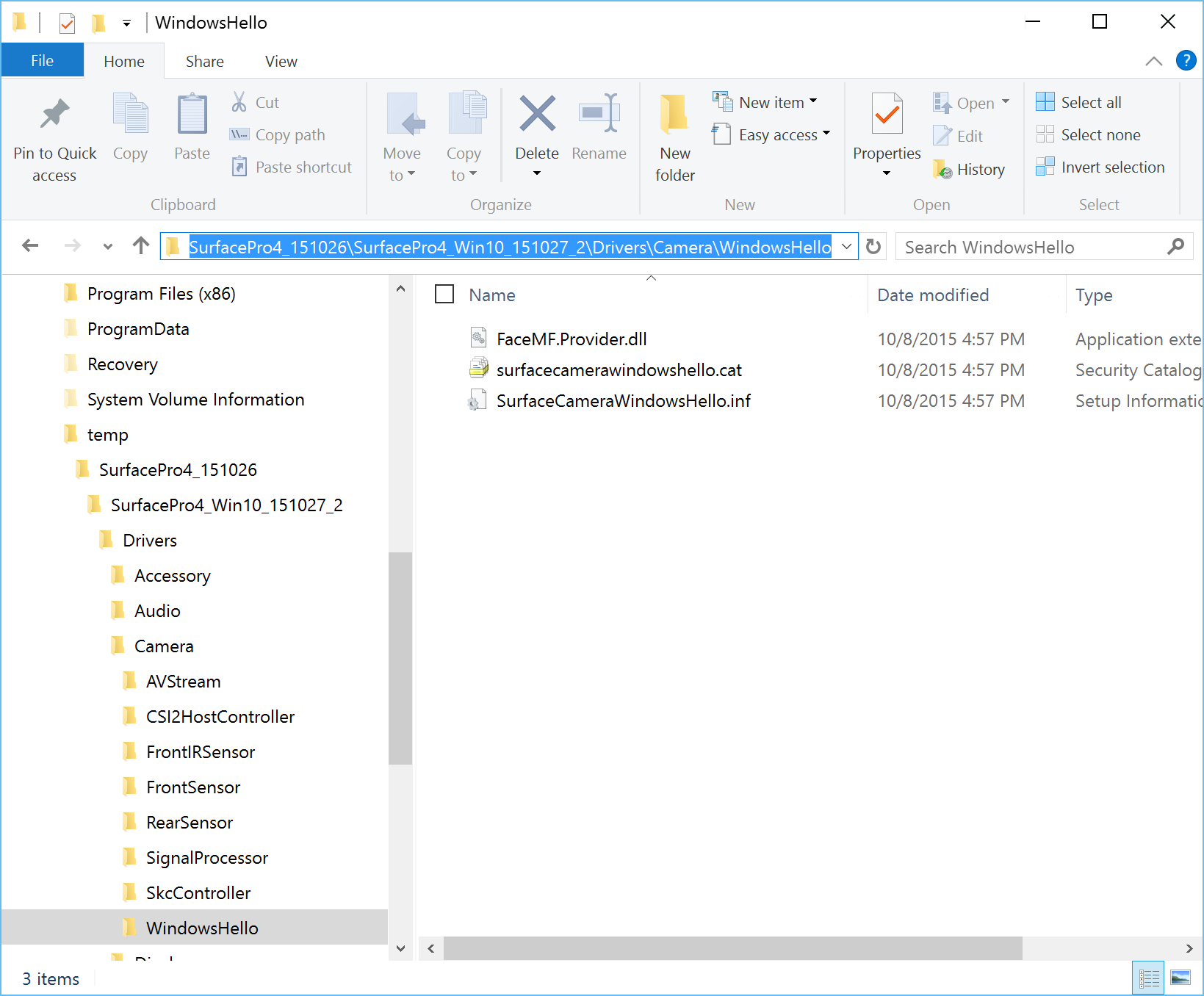 Simply update that driver to the updated driver version which will then be shown in device manager with the October 2015 date. 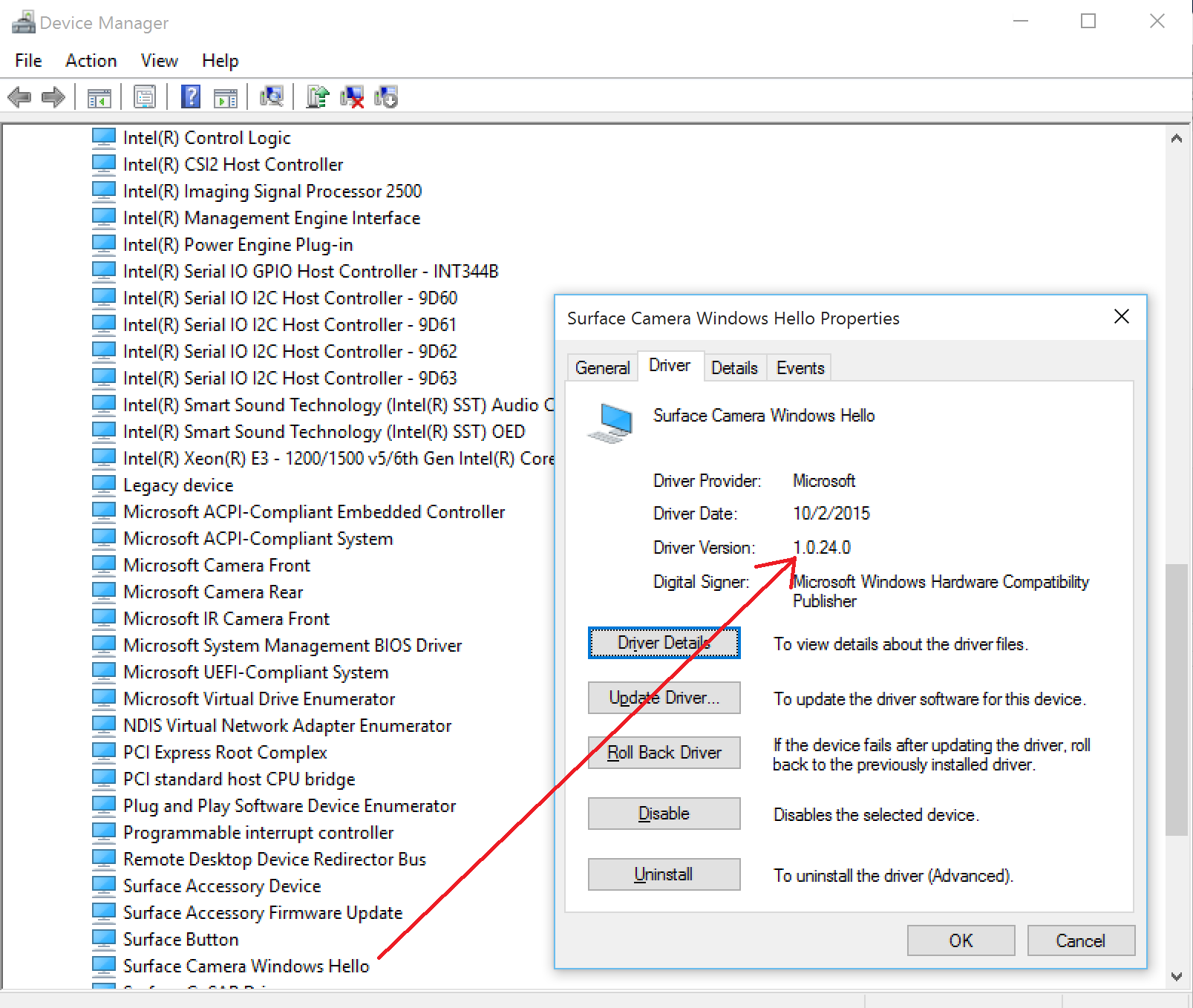 at which point you can now go and check the Security sign-in options, and now you should see the Windows Hello option (highlighted in red below). 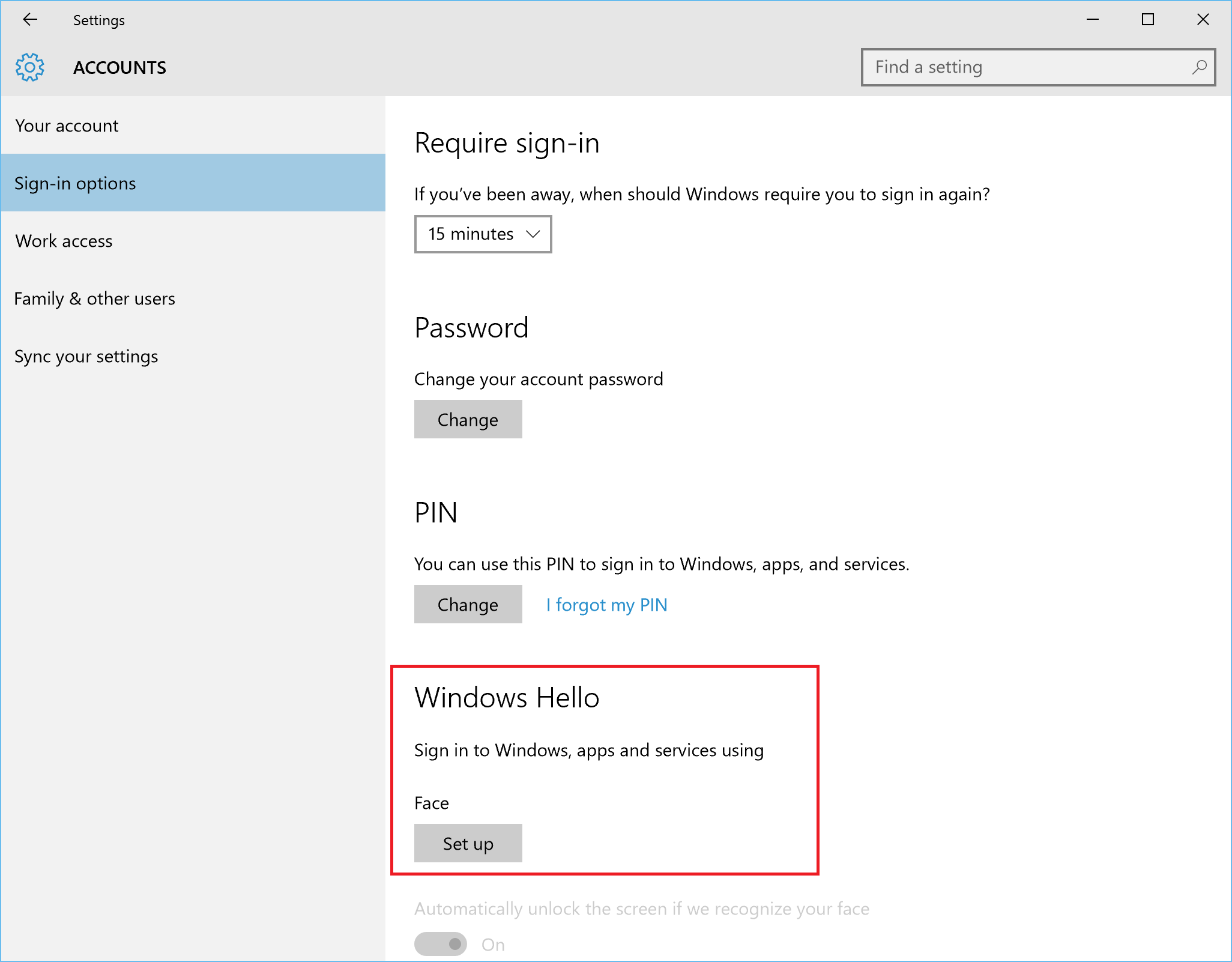 Note that if you have deployed the Surface Book or Surface Pro 4 with the October 2015 drivers as explained in this post then you will not have this issue.

This entry was posted in Surface Pro 4, Windows Hello. Bookmark the permalink.

1 Response to Why is the Windows Hello option missing on a Surface Pro 4 or Surface Book ?