Last year I blogged about automating the deployment of the Microsoft Surface Pro 3 using MDT 2013 and PowerShell, the original blogpost is here and I updated it in November with a newer version of the script here. 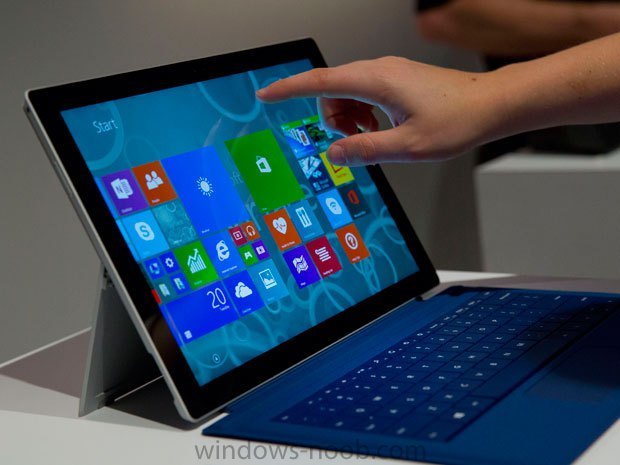 Now that there are new drivers available, I’ve modified the PowerShell script to download and install them including the new MSI file. It creates the deployment share with a new name (MDTDeploy) instead of the default, you can always configure it as you wish.

For those of you that don’t know, this script is totally automated and builds a complete MDT 2013 deployment solution for deploying the Surface Pro 3 with all drivers included from Microsoft right up to January 2015, all you have to provide is Windows 8.1 x64 Update source files and optionally Office 365. 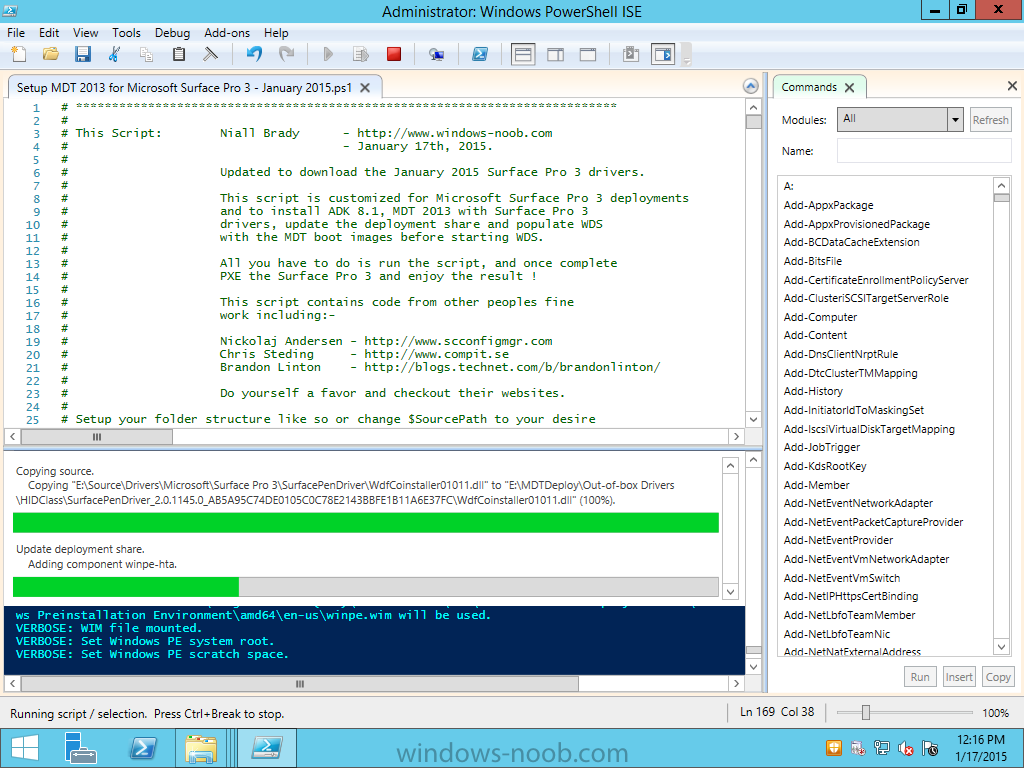 Once complete, it should look like this, scroll up to see if there are any errors in red, if so, fix them, 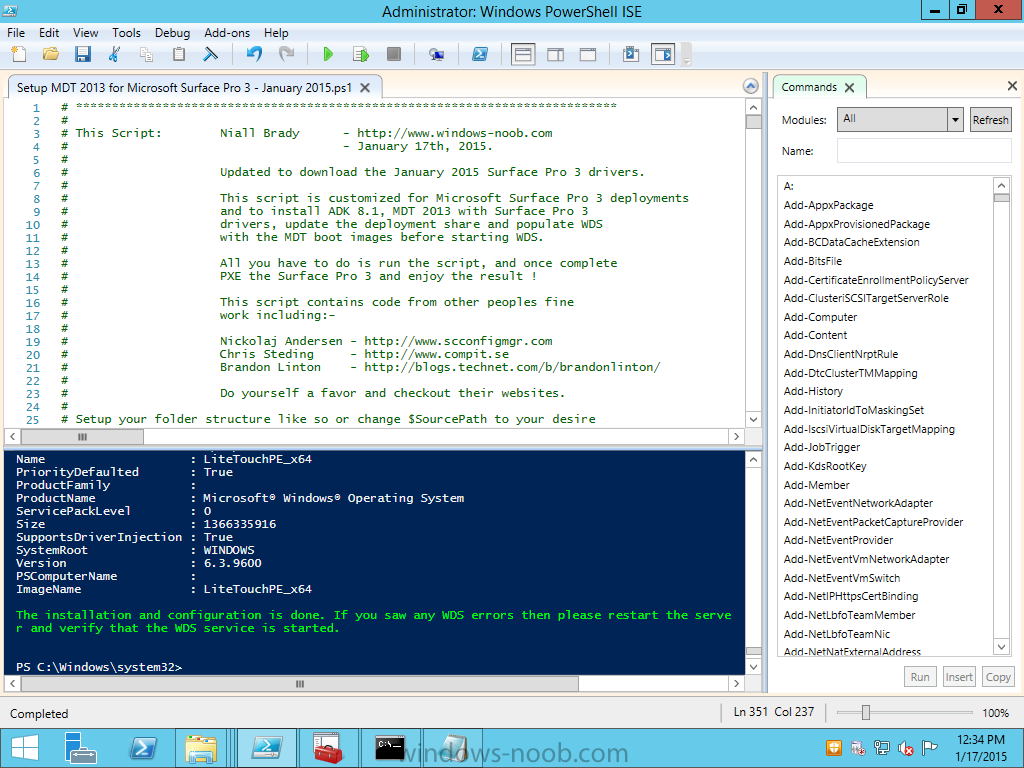 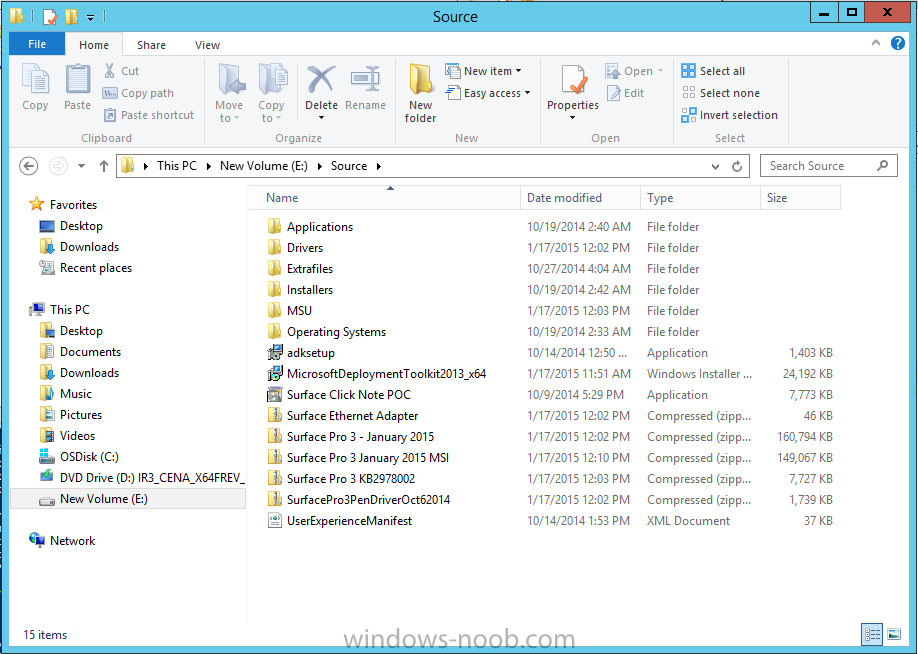 And those drivers are automatically imported into the Deployment Workbench. Below you can see the updated Intel HD Graphics driver is shown. 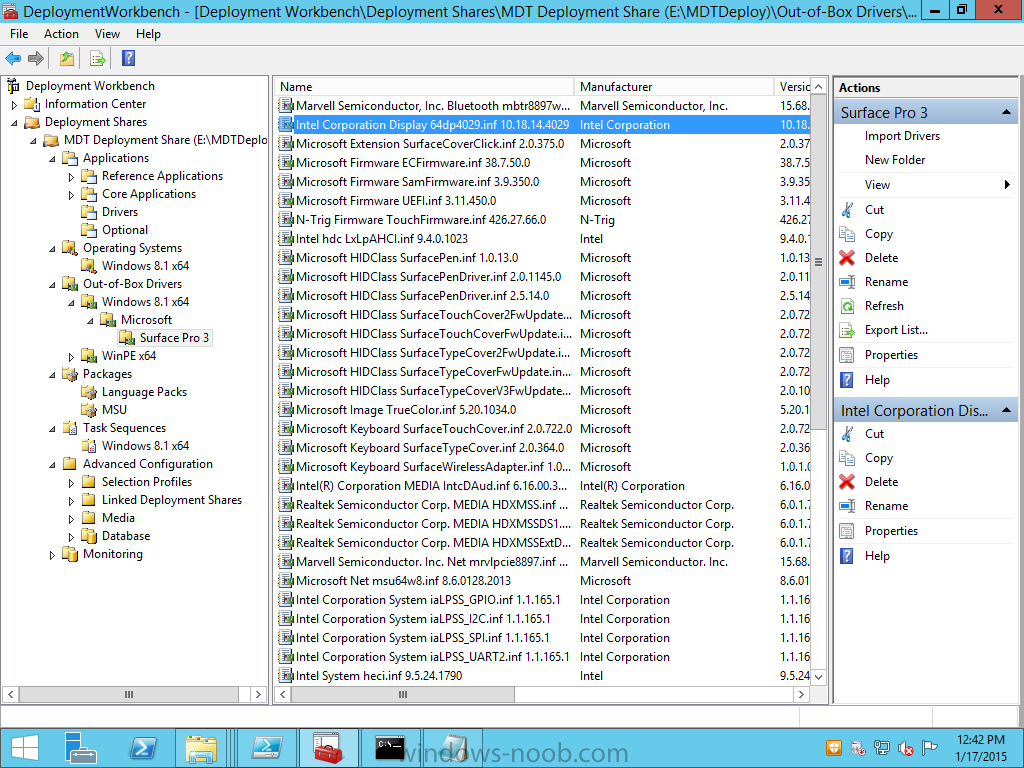 Please test this out and let me know how it went !