How can I fix the “The Group Policy Client service failed the sign-in” error when deploying Windows 8 with Configuration Manager 2012 R2 ?

Deploying Windows 8 (and Windows 8.1) with Configuration Manager 2012 R2 is easy to do, here are some guides for that:-

However, you may randomly see errors after first login to Windows 8 which states

as shown in the screenshot below: 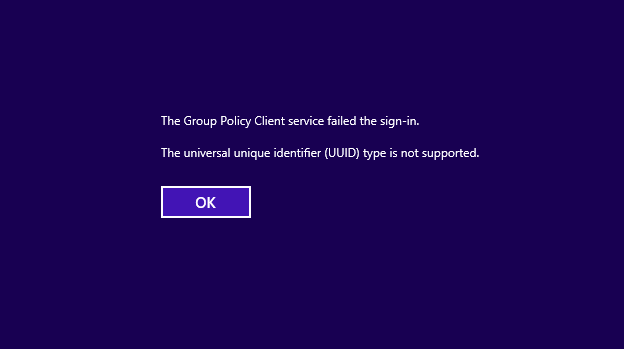 The fix is finally available from Microsoft as detailed in the KB article here and there are two workarounds shown below:-

as I’ve shown in the screenshot below 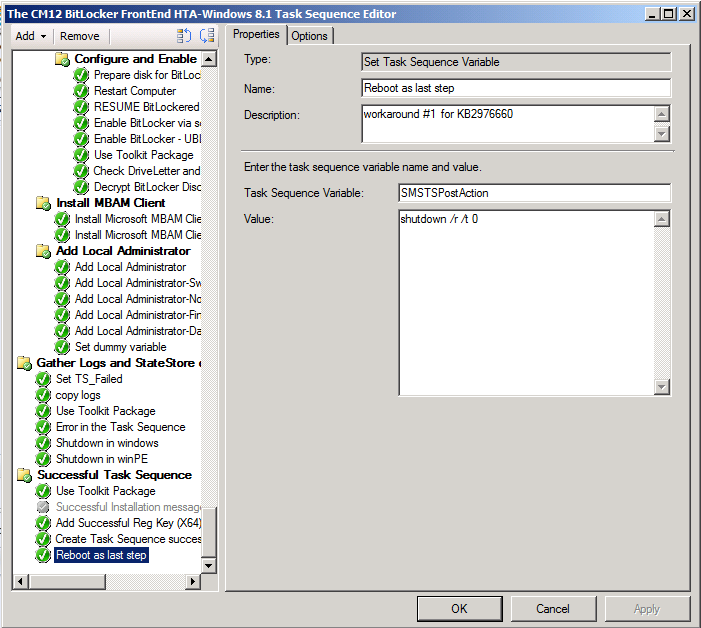 If you get the UUID problem mentioned above use one of the two workarounds and your problem will be resolved. Thanks to Michael Niehaus for alerting us to the KB.