Side Note: This is a break from the normal LAB we’ve been doing. As the Build version of Windows 8 Developer Preview was released yesteday I wanted to test Deploying it, I will use the same Build as we used below in Parts 6-9 but not go into the same detail, in addition, we will disable the capture part as it just doesn’t work…. right now. If I can workaround the issues then i’ll post it.

Remember: This is a Developer Preview OS being installed using a beta product so results may vary and of course it’s not supported by Microsoft.

In Part 1. of this series we Installed SCCM 2012, in Part 2 we started to configure it. In Part 3, we configured Beta 2 some more by enabling Active Directory discovery methods, adding some site system roles, configuring the computer client agent and client push settings and finally doing a manual client installation to verify it all worked, in Part 4 we looked at installing an application using Application Management and the Software Catalog and the Software Center features of SCCM 2012, and in Part 5, we added the FSP, SLP, SMP, SUP.

In Part 6 we got our SCCM 2012 server ready for Deploying Windows 7 Enterprise SP1 so that we could start deploying some Windows 7 clients to enhance our LAB, then in Part 7 we created a Build and Capture Task Sequence and deployed it to our Build and Capture collection.

Step 1. Get the ISO and Extract the contents on your SCCM 2012 server

Download Windows 8 Developer Preview from here, I used the WindowsDeveloperPreview-64bit-English.iso for my Guide.
I then Mounted that ISO in my SCCM 2012 beta 2 Hyperv virtual Machine and extracted the contents to \\vnext\sources\os\Windows 7 Developer PreviewX64 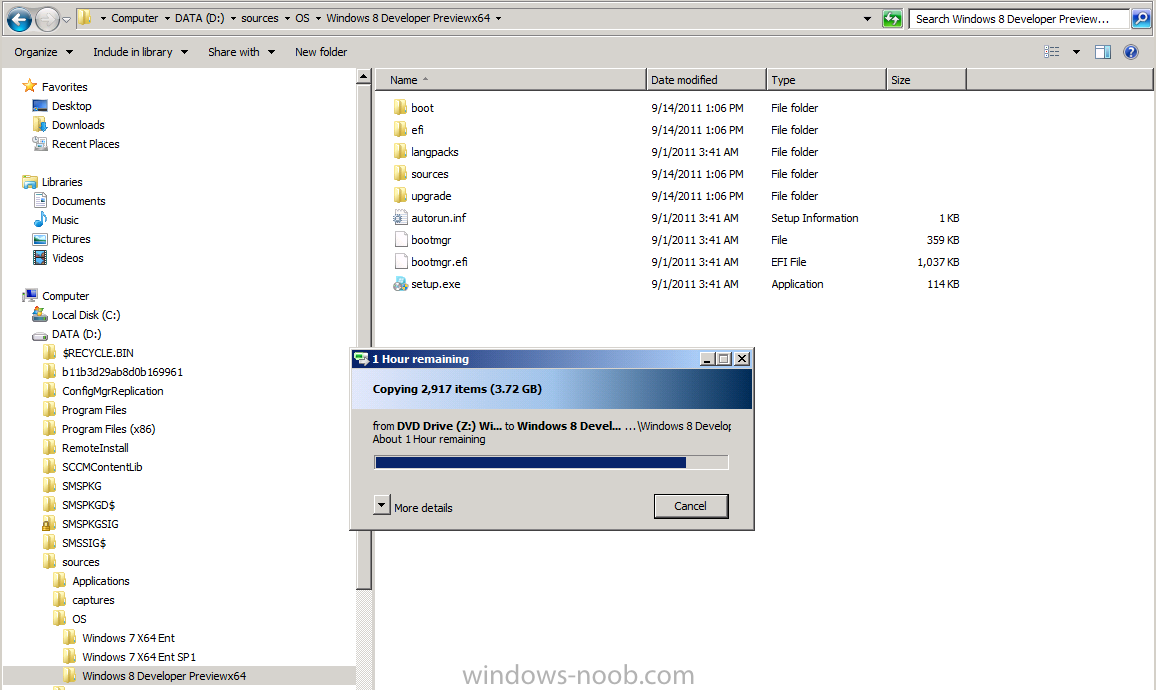 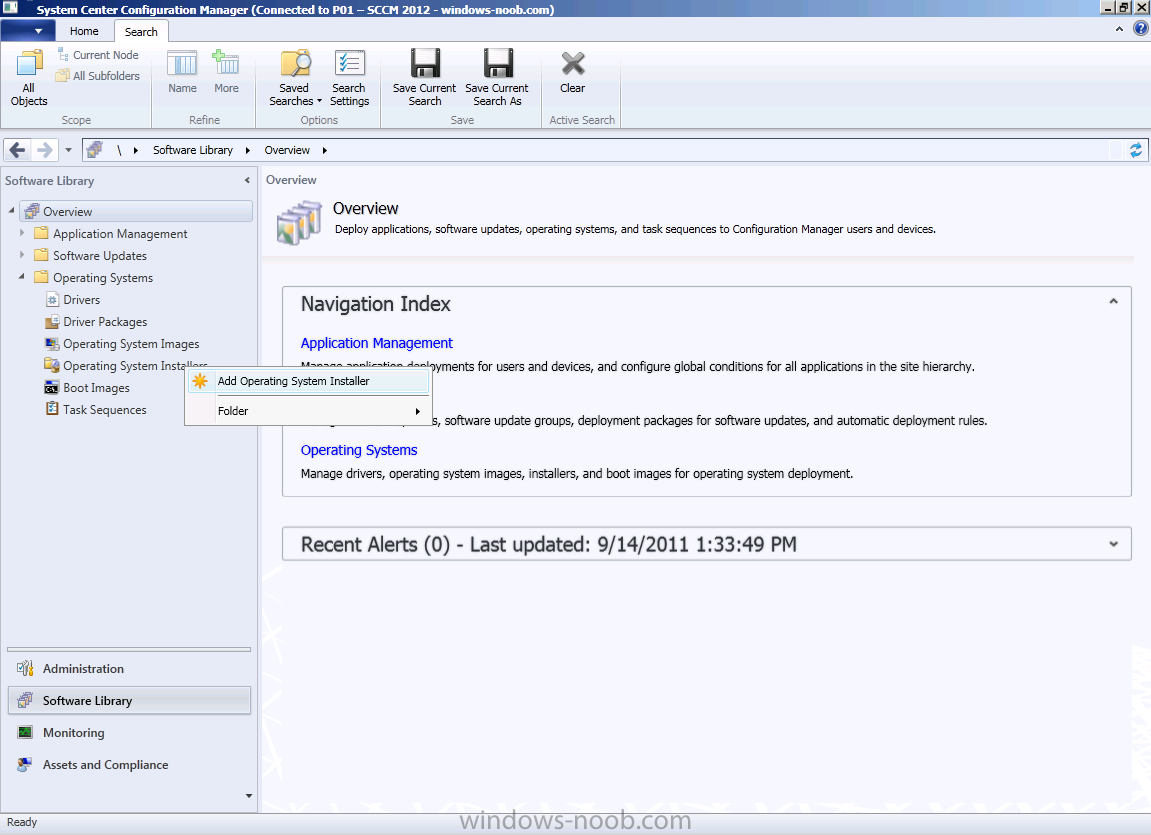 browse to the path where we extracted it in Step 1 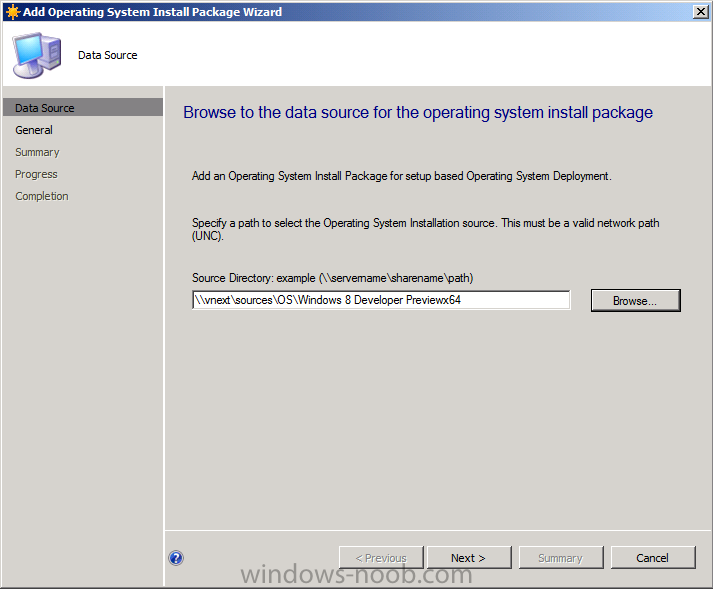 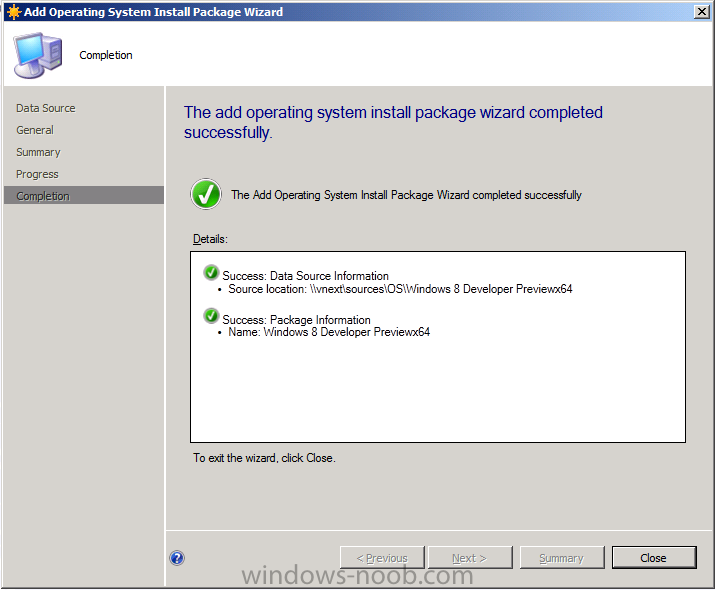 Once added, distribute the content to your DP’s by right clicking the image and choose Distribute Content. 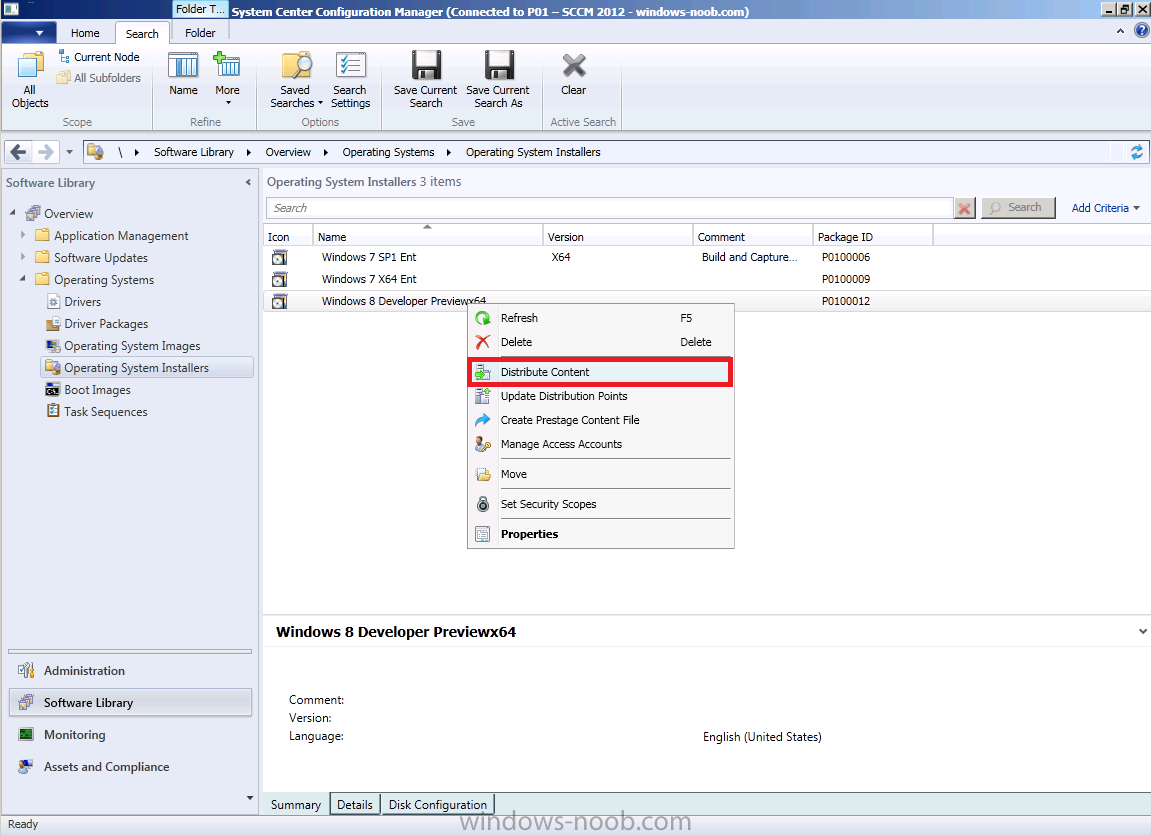 and continue through the wizard just like you’ve done before with Windows 7’s installer image. 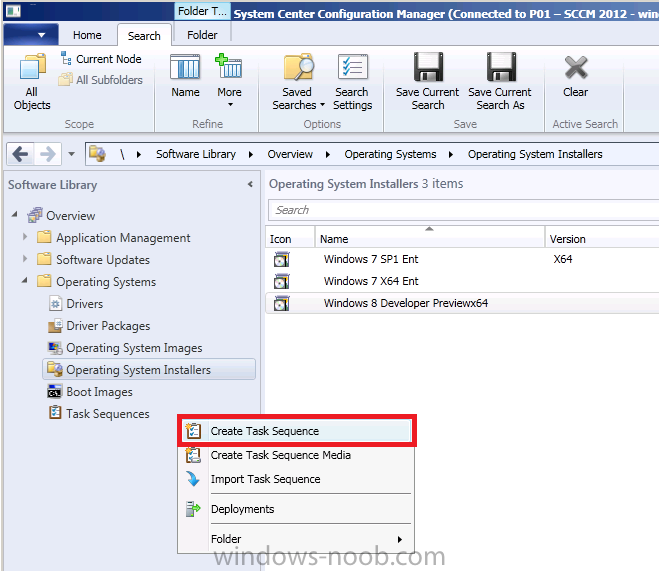 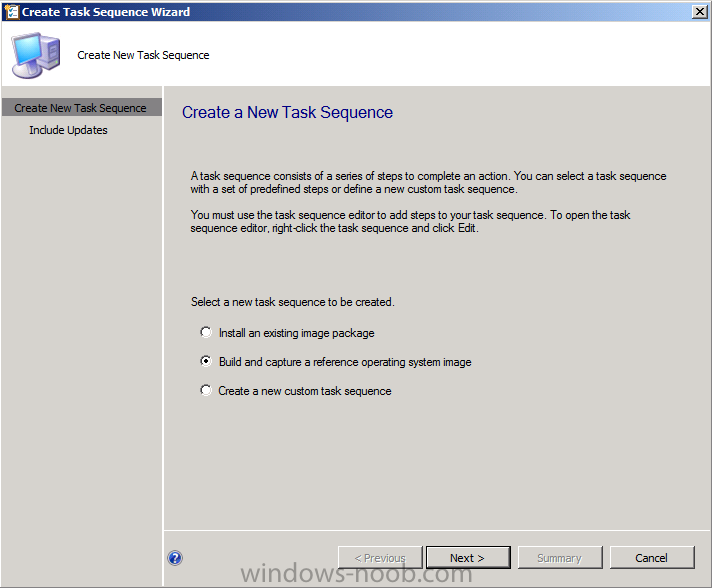 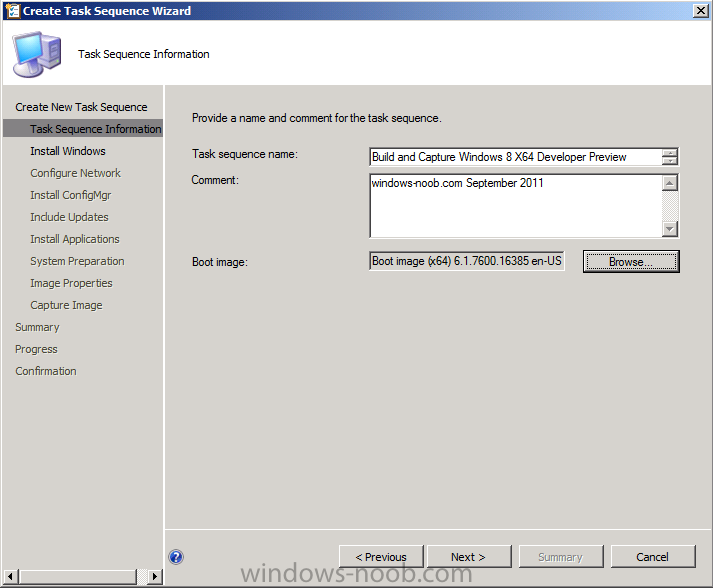 for the Install Windows step, select the following options 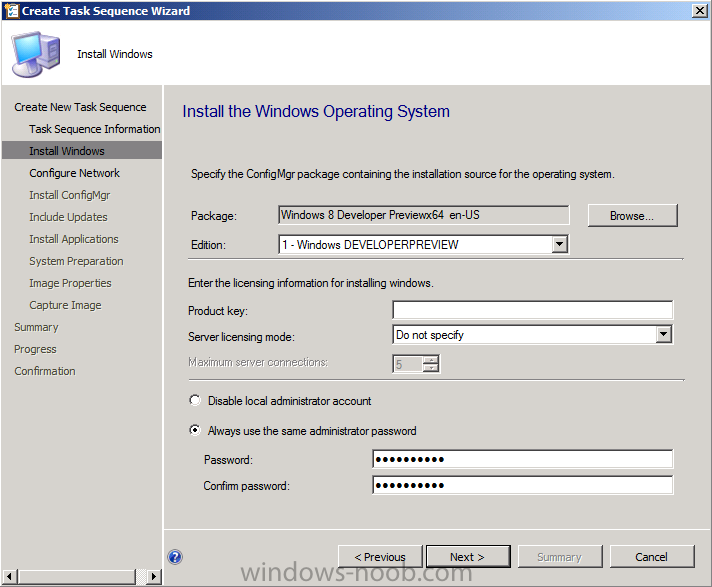 for Product key, use the key stored in PID.TXT from the sources folder on the ISO you downloaded otherwise the Setup Windows and Configmgr step will fail (error 31) later on in the process.

fill in your capture details 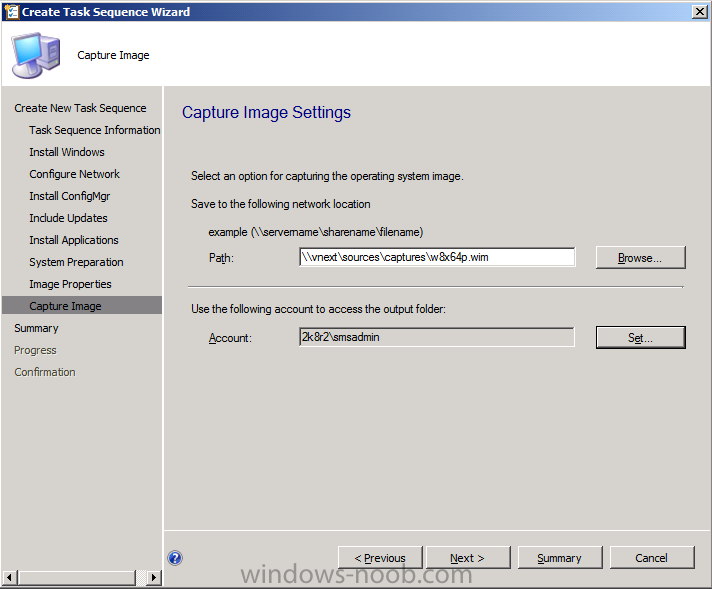 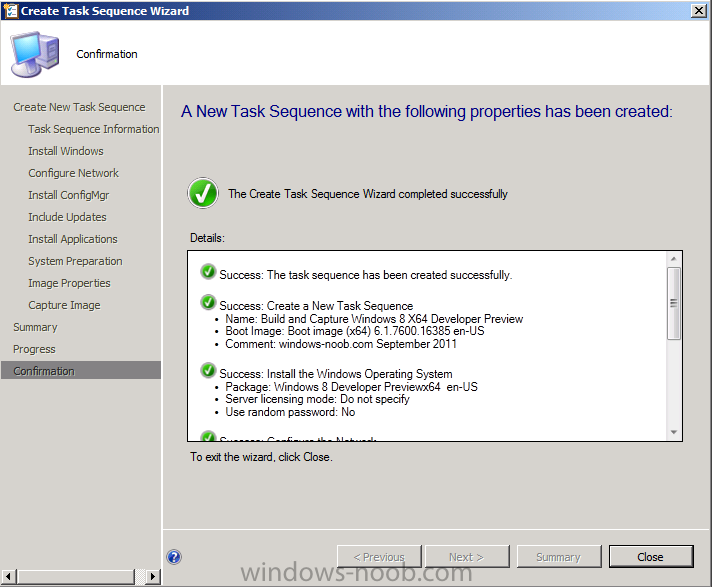 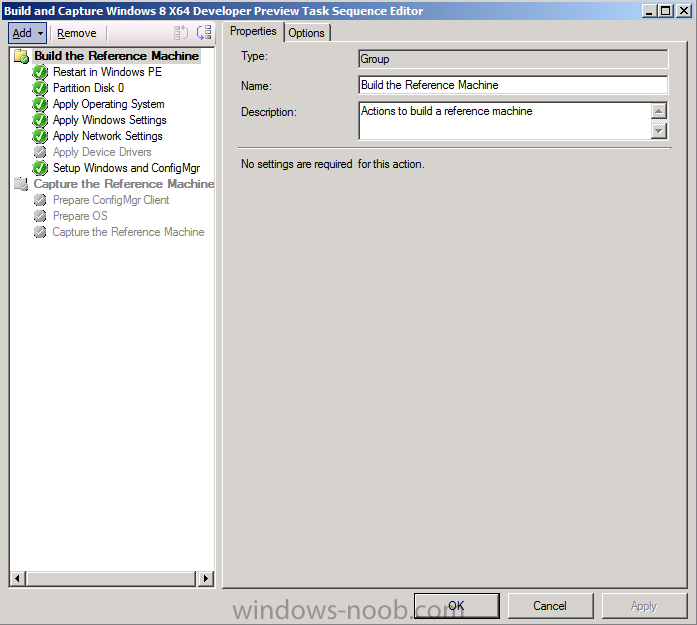 Right click on the task sequence and choose Deploy, 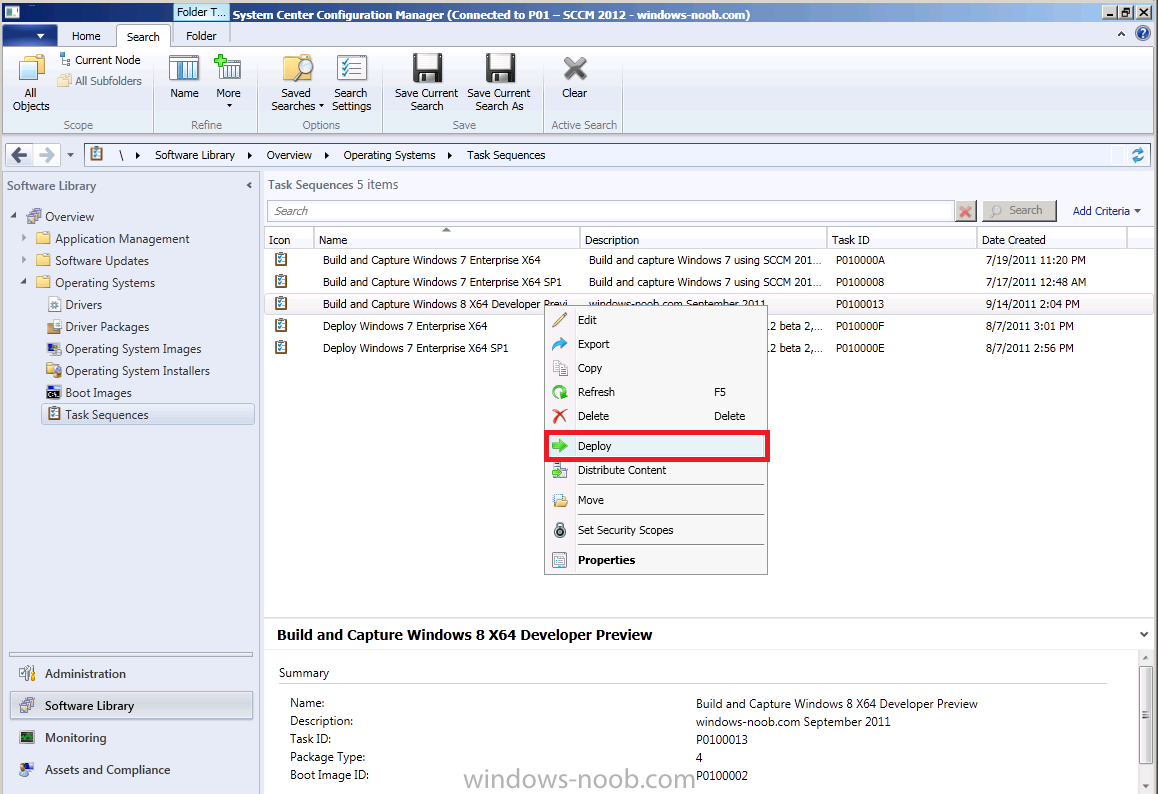 point it to the All Systems and/or Unknown Computers Collection 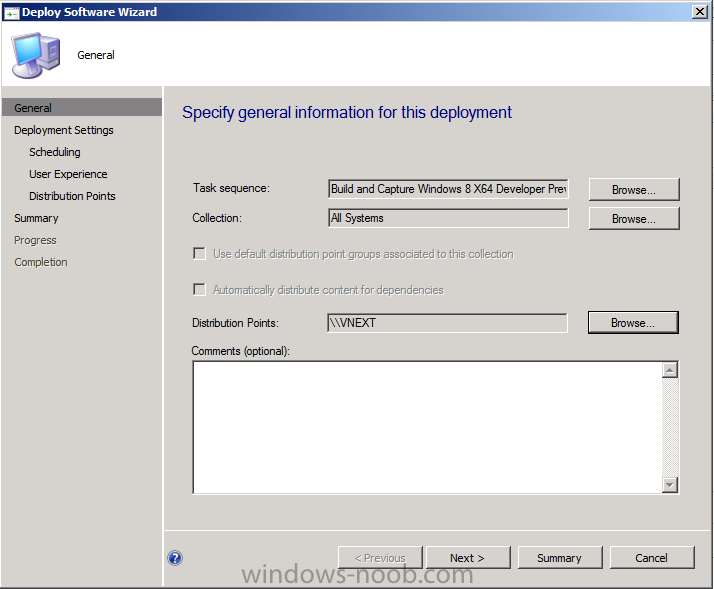 make it available to PXE 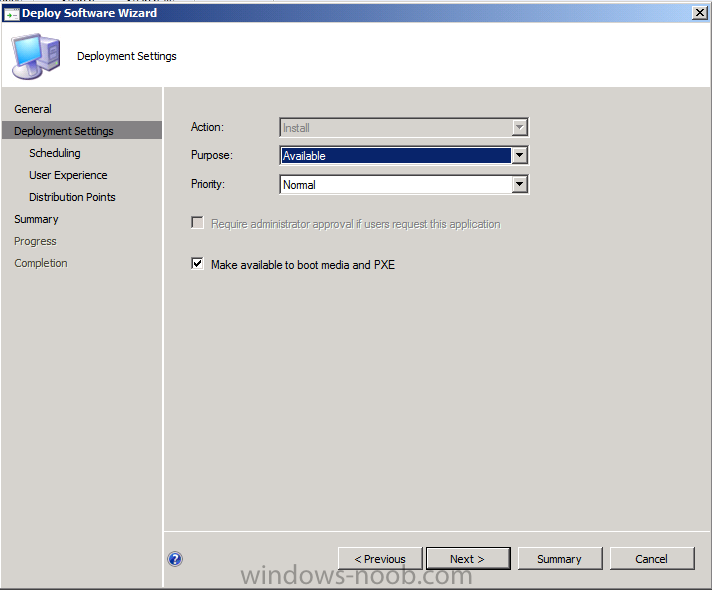 PXE boot your Virtual Machine (create a new one in hyperV) 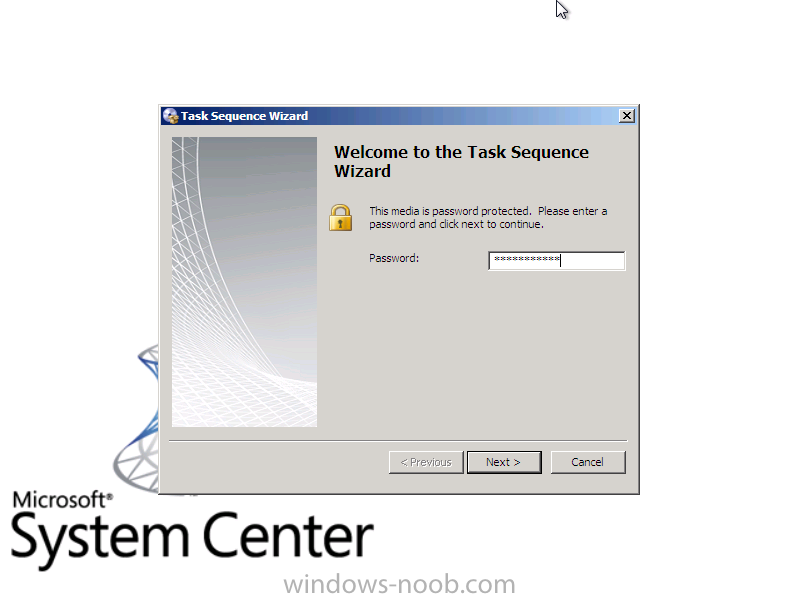 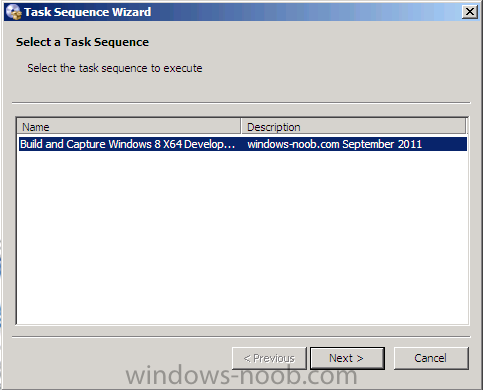 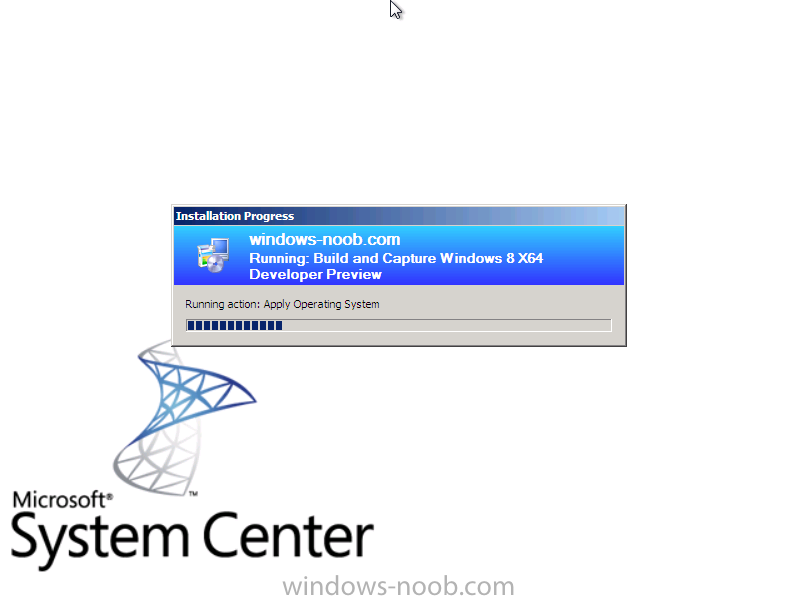 and finally Setup Windows and configmgr… 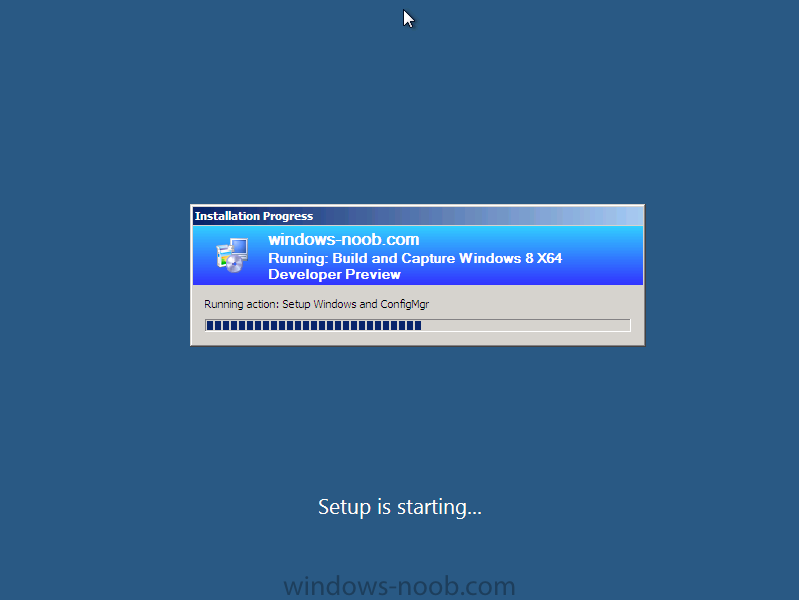 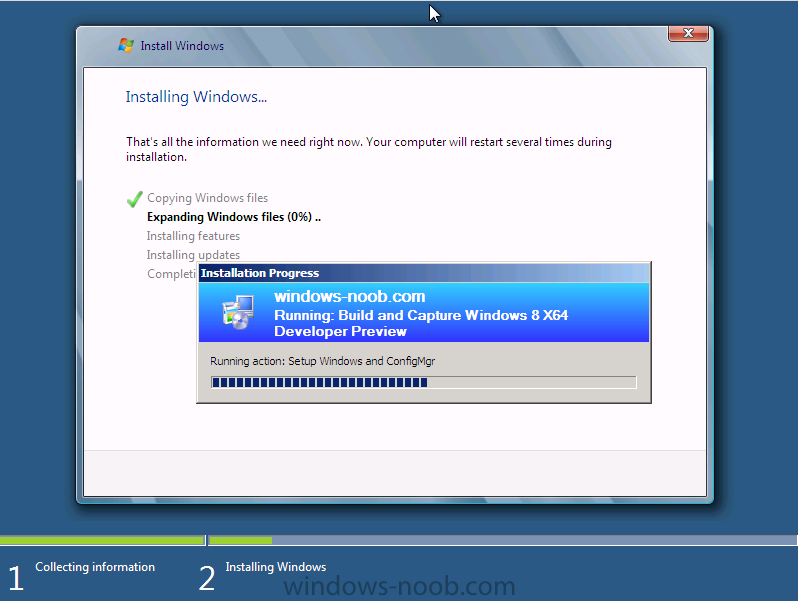 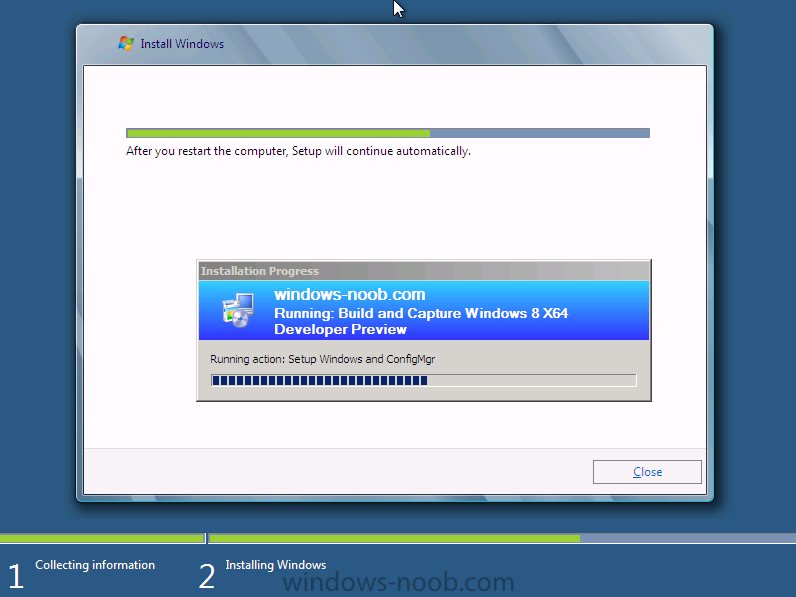 after a reboot we get our first look at Windows 8 setting up !! 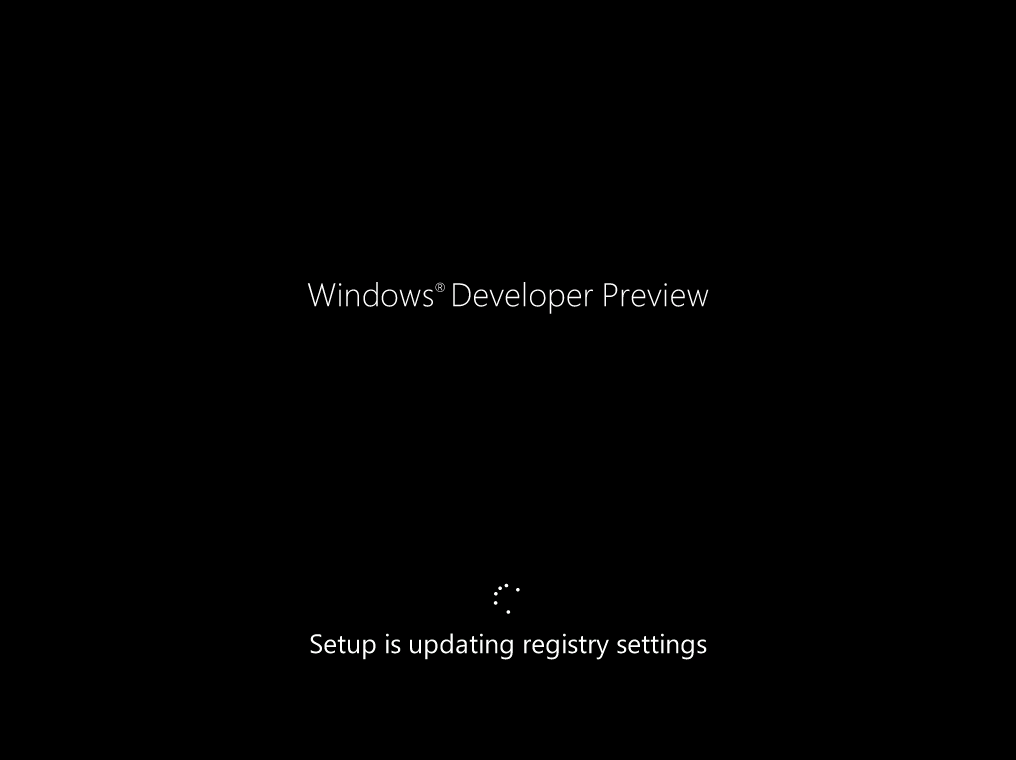 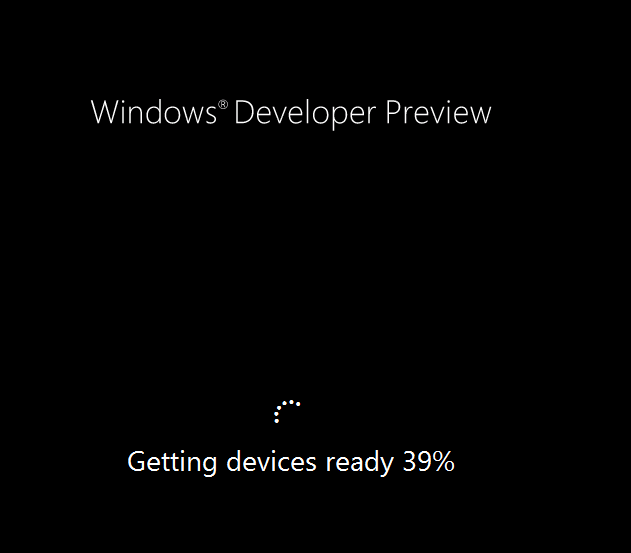 and it seems that obviously things are different in Windows 8, we see a
few screens prompting for email address and password, but that’s ok, as
this is all beta and fun !!! 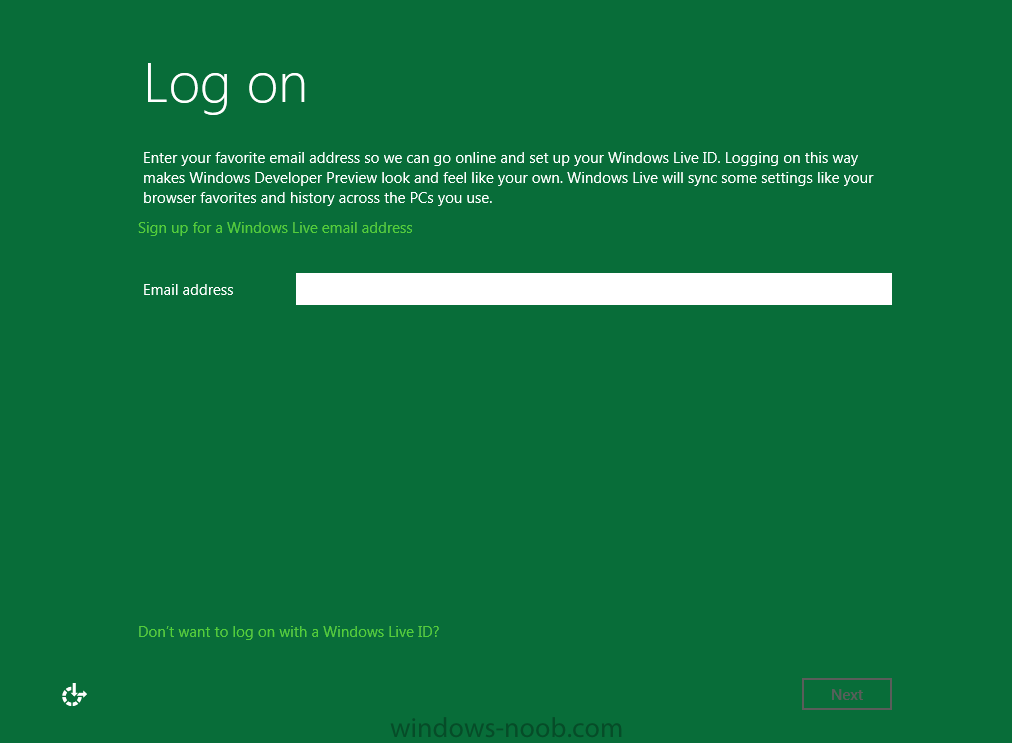 and then it returns to our Build and Capture process 🙂 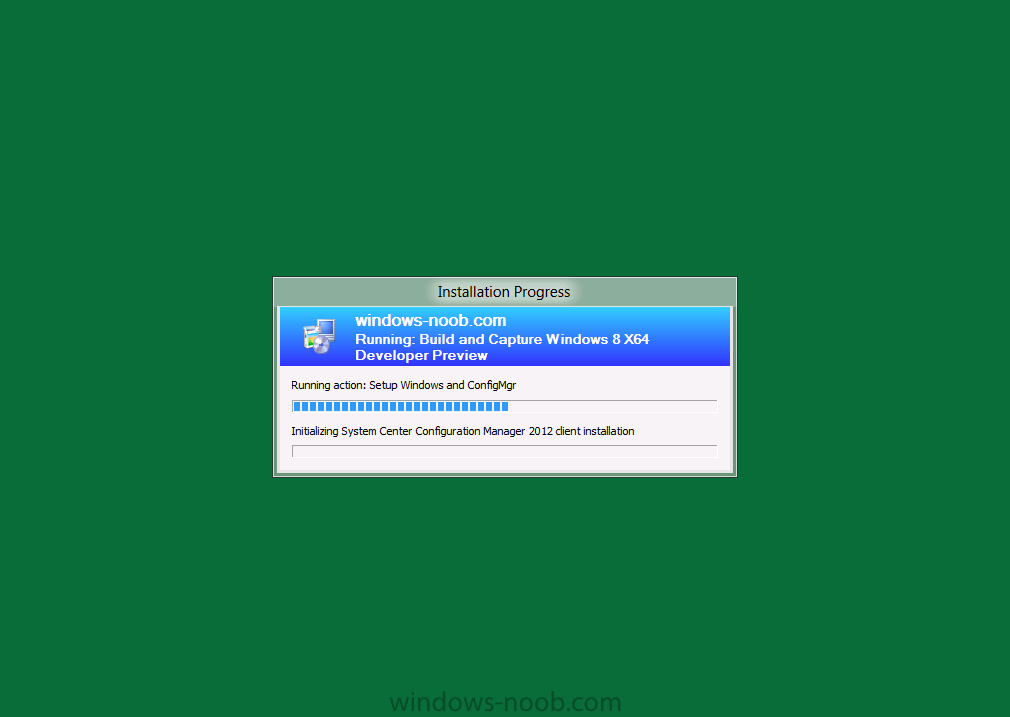 and finalizing your settings 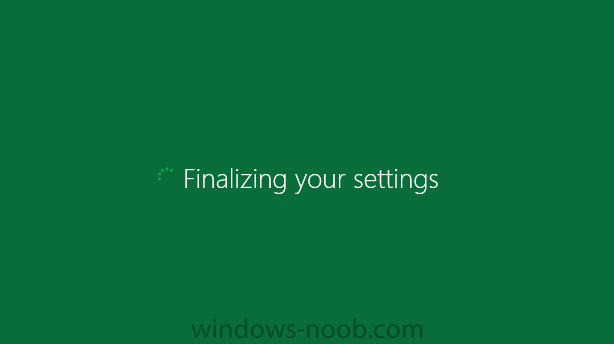 which will then reboot the computer again into Windows to finish up our process.. 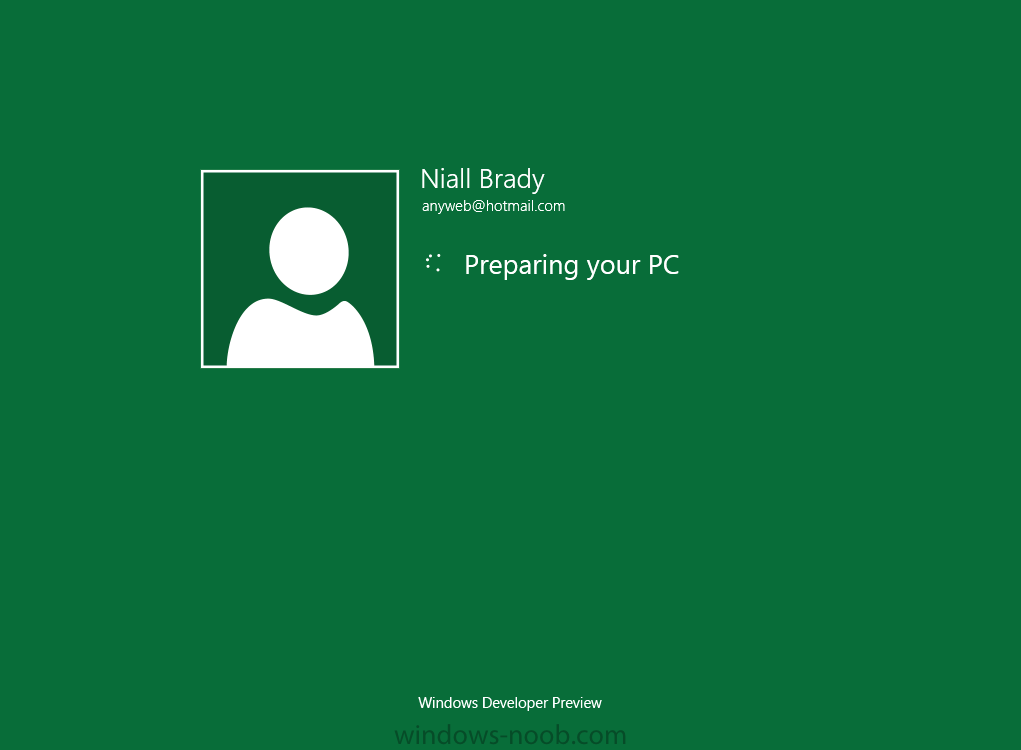 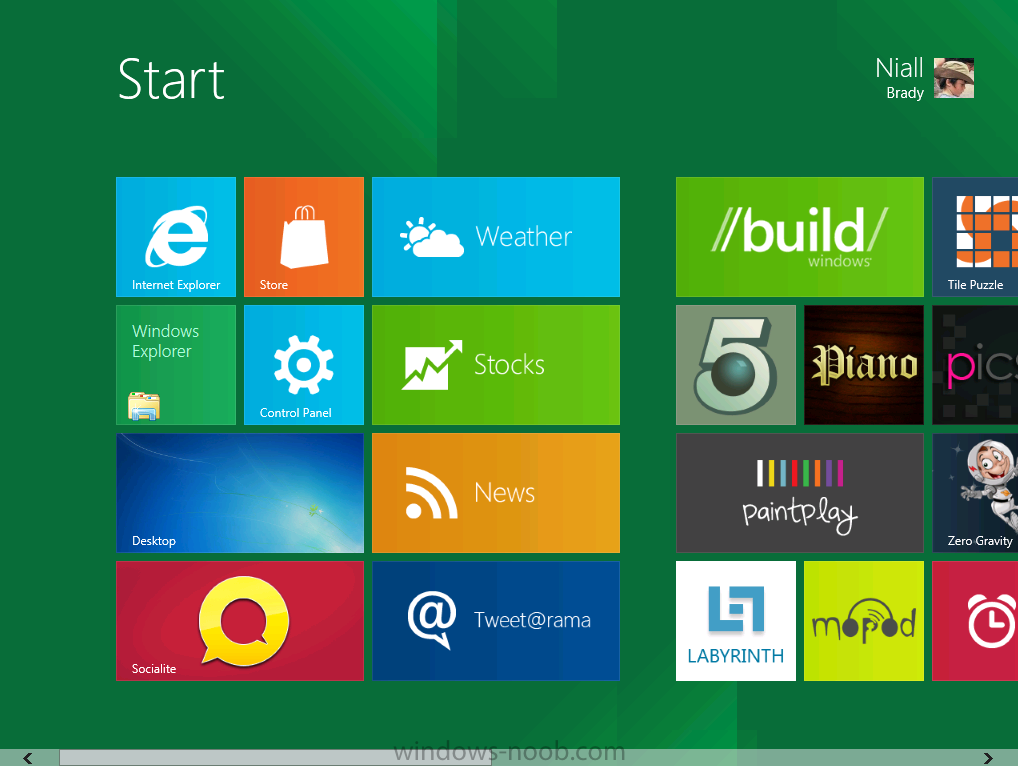 In later releases of SCCM 2012 I hope to document this process more
thoroughly and using best practise of course, however this post, is just
for fun !