After a lot of development and testing and countless changes it’s time
to release version 1.0 of the windows-noob.com FrontEnd HTA. This HTA
can be used by Network administrators/techs to quickly make choices
about Deployment Type (Backup, Reinstall, New Computer) for their migrations from Windows XP to Windows 7.

The HTA comes with pre-written scripts that do the hard work for you and
set variables based on choices made by the end user. These variables
are in turn used by the backend Task Sequence to do the actual heavy
lifting. If you stick to the default Task Sequence included here, then
when you start it you’ll see a password prompt 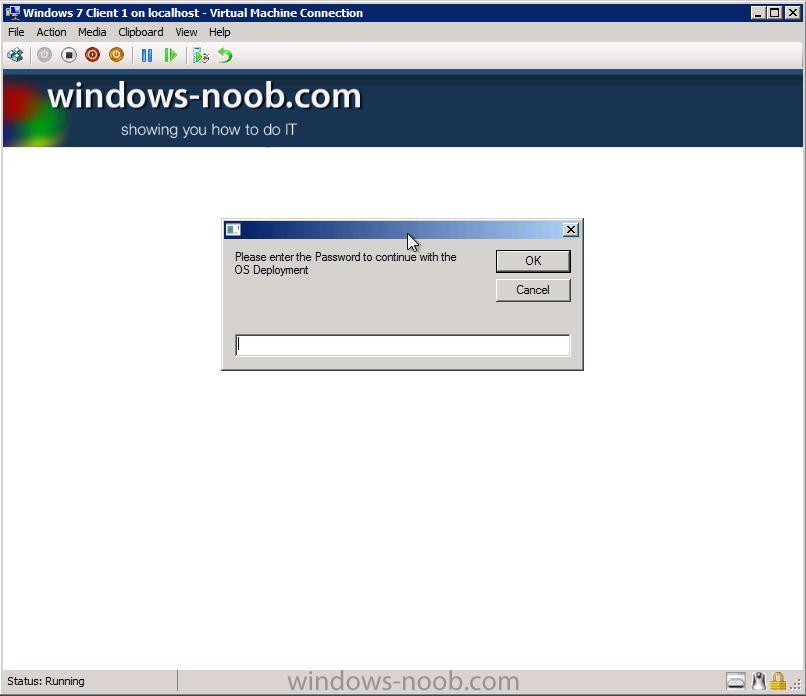 enter Password123 to continue, if you get it wrong it will abort the task Sequence so be careful

Once you’ve entered the password correctly the HTA itself will display,
currently it’s adjustable in size, you can edit the DeployMenu.hta to
maximise it by editing the following lines, 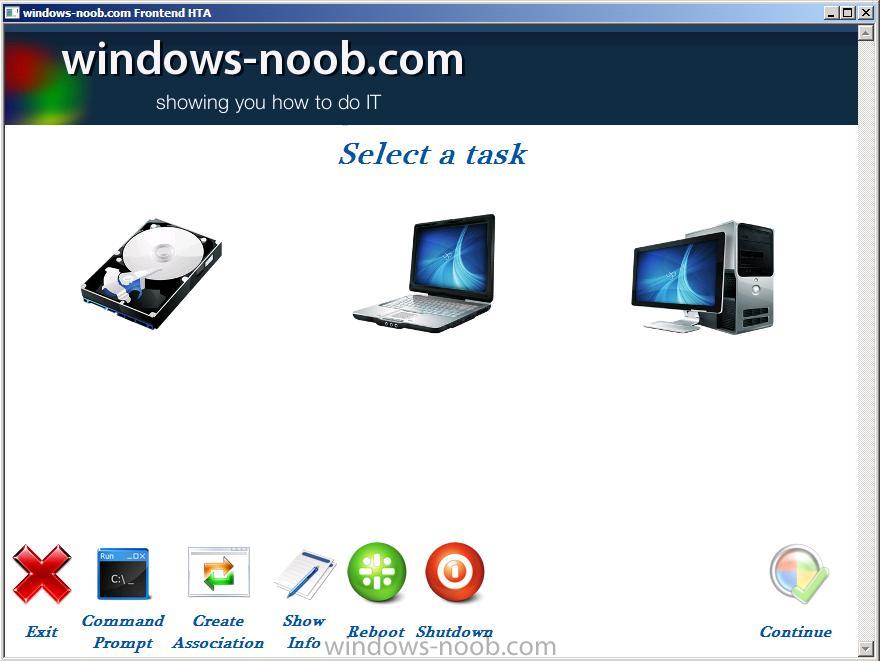 The Backup option allows you to Backup the
data in several different ways (option to run CHKDSK before backup, full
WIM backup both locally and network, Offline Scanstate in WinPE which
is then backed up to a network Share) and also allows you to Create a
computer association between source and destination computer while in
WinPE if you want to do traditional SMP based state backup (note however
for SMP based scenarios that the scanstate must be performed separately
while in the full Windows OS using a separate Task Sequence). 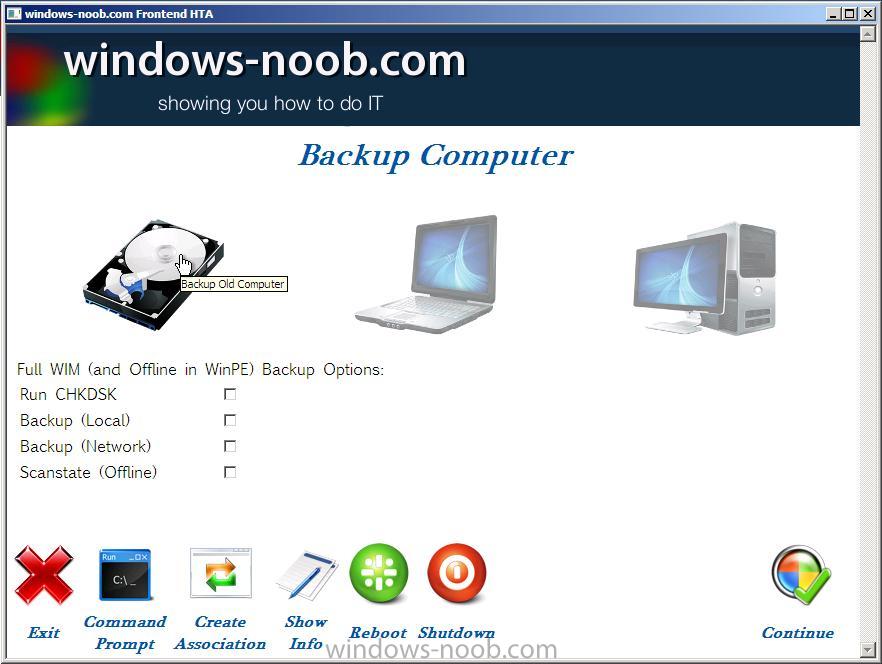 The Reinstall option allows users to
Quickly backup data (using offline mode in WinPE and hardlinking) and
install Windows 7 Enterprise on existing hardware. They can also
optionally specify a user which will then become the Local Administrator
of that computer. 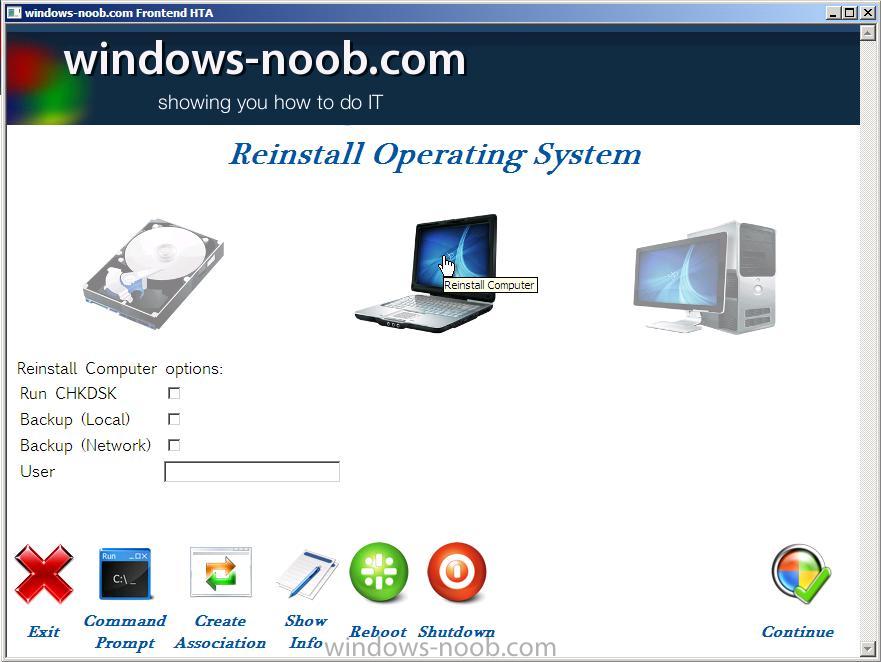 The New Computer option allows you to choose regional and language options offline via drop down menus (4 languages offered, can be expanded upon easily) 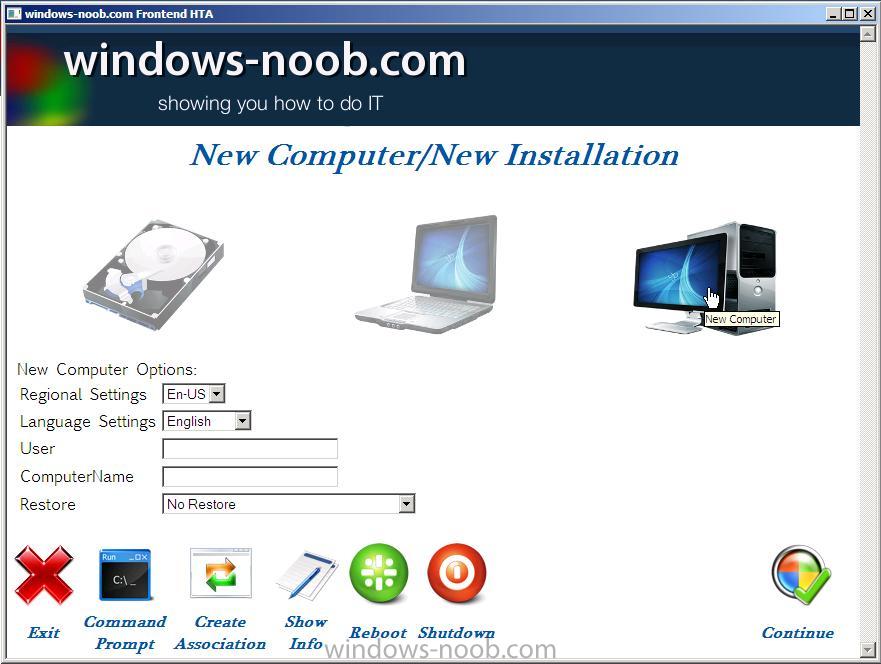 The HTA has the following prerequisites:-

The windows-noob.com HTA has the following features:-

The windows-noob.com FrontEnd HTA ver 1.0 is primarily used for Deploying (or migrating to) Windows 7, and it offers the following features,

In addition to the above, you have the ability to: 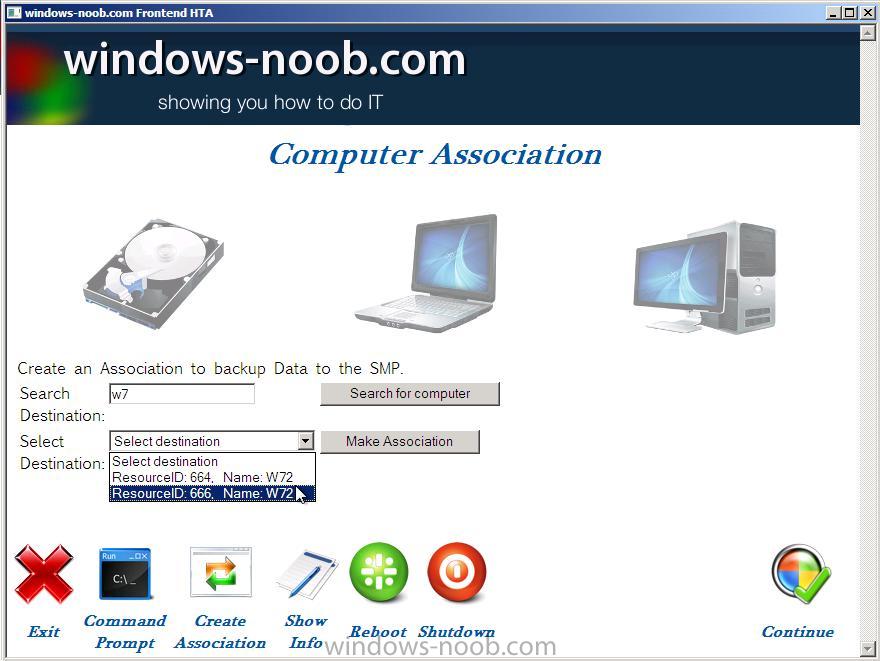 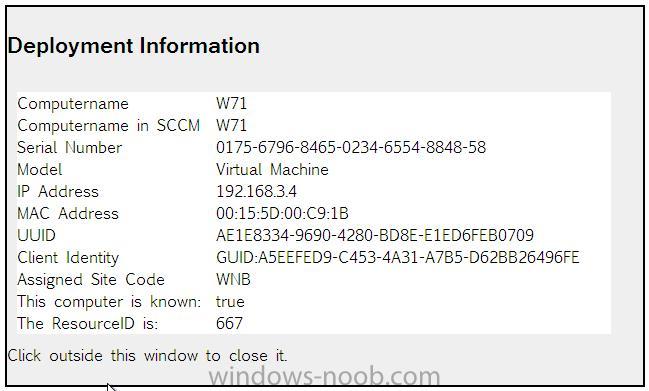 so that’s the introduction now here’s how to implement it in your lab..

read the rest plus see the screenshots here on windows-noob.com