Sometimes you need to install Windows features that normally need internet access (to install other components), language packs installed today are done in a modular and different format from previous years. In previous times you could simply install a language pack for the associate language and all was good, now there are additional components that also need to be installed otherwise Windows will attempt to download them from the internet (and notify you via the notification center if it cannot).

I needed to install Windows 10 LTSC version 2019 in an offline environment (with no internet access) and I also needed to configure language pack settings and configure keyboard layout. I came up with a solution that works for me and I thought I’d share it. You might know of a simpler or better way, if so feel free to comment.

Step 1. Get the feature on demand packages

Normally if you install a language pack on a Windows 10 computer with valid internet, it will automatically download the associated features on demand for that language and those can include:

You can see these additional items listed in the screenshot below. Depending on the language pack capabilities, some will have all of these and some will have only a few. 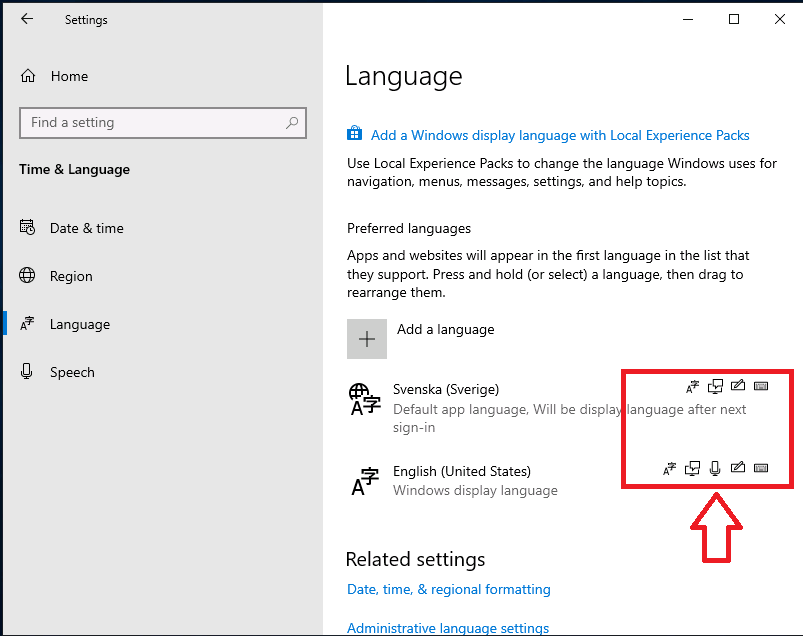 Most of these components (features on demand or FOD packages) can be found on the features on demand ISO for the respective operating system and you can download those ISOs from the Volume License Servicing Center (VLSC) website or go to Visual Studio downloads (formally MSDN). Below you can see some of the FOD packages listed on the mounted ISO. 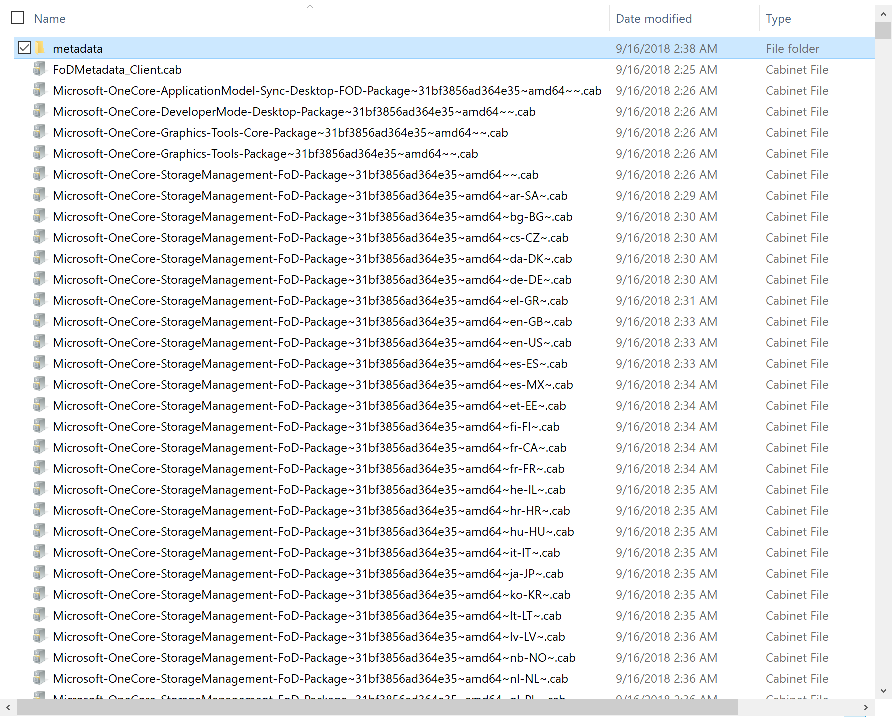 There are FOD packages for different types of function within Windows and the packages I was most interested in were any related to language (specifically). You may find that you want to install additional FODs for your particular solution.

If you scroll down the long list of FOD packages you’ll see some that begin with Microsoft-Windows-LanguageFeatures, and they are sorted by country code (where applicable) into the following sections. 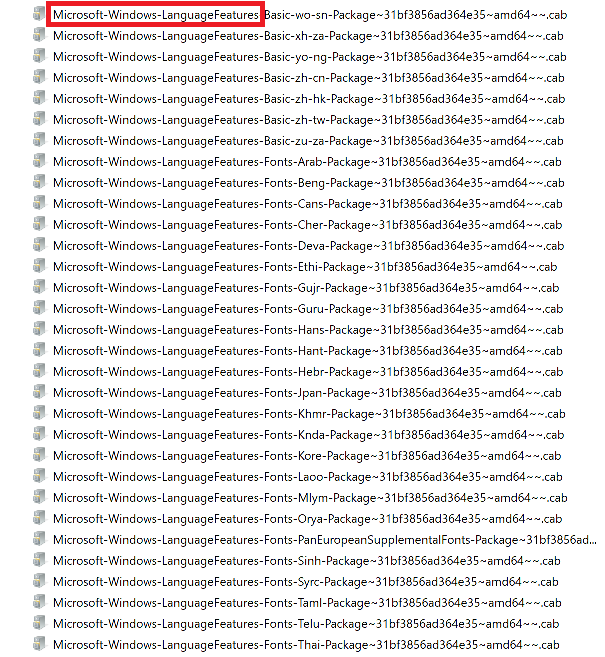 This was my first clue to solve this. I decided to copy all the LanguageFeatures FOD packages from the ISO to somewhere local. The next thing I found on the ISO was Metadata, so I copied that also.

Step 2. Get the Language packs

Finally, there are also Language Pack ISOs available for download for your respective version of Windows 10, and on that ISO are larger cab files containing the client language pack for each language that is available. You can find the language packs in the architecture folder on this ISO. 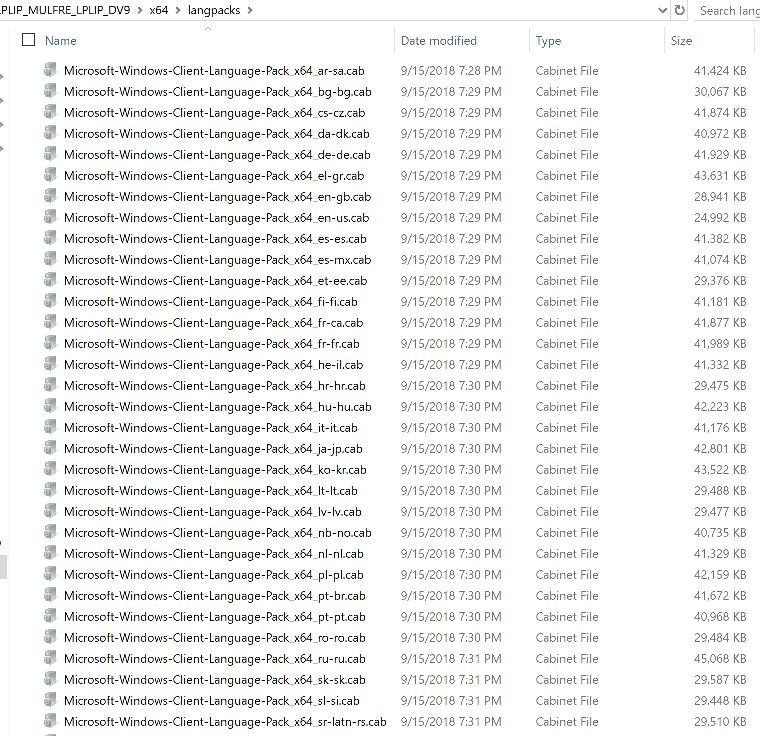 Now that you’ve got the necessary files, you need to decide which languages you are going to support during OSD and sort them into their own respective folders. I copied language specific FOD packages and the client language pack for each language I was interested in into it’s own separate folder like below (sv-SE for Sweden), and then copied those folders onto my package sources folder on the ConfigMgr server.

Note that some languages may have more (or less) FOD packages available than others, so copy all that are available on the ISO and you should be good to go. The first cab file listed below is the Client Language Pack from the Language Pack ISO and the remaining 4 cabs are from the FOD ISO.

You can read the remainder of this blog post here on wind0ws-noob.com