OSD via boot media and CMG, available in TP2009

Microsoft have released Technical Preview 2009 and it contains a bunch of updates but one that’s very interesting is the ability to create bootable media to distribute to remote sites so that they can re-image via the CMG.

This is cool because it gives you the ability to re-image a computer when for example it can’t use software center, all it requires is an internet connection (via a network cable) and the bootable media.

I assume you’ve upgraded to TP2009 before starting this. 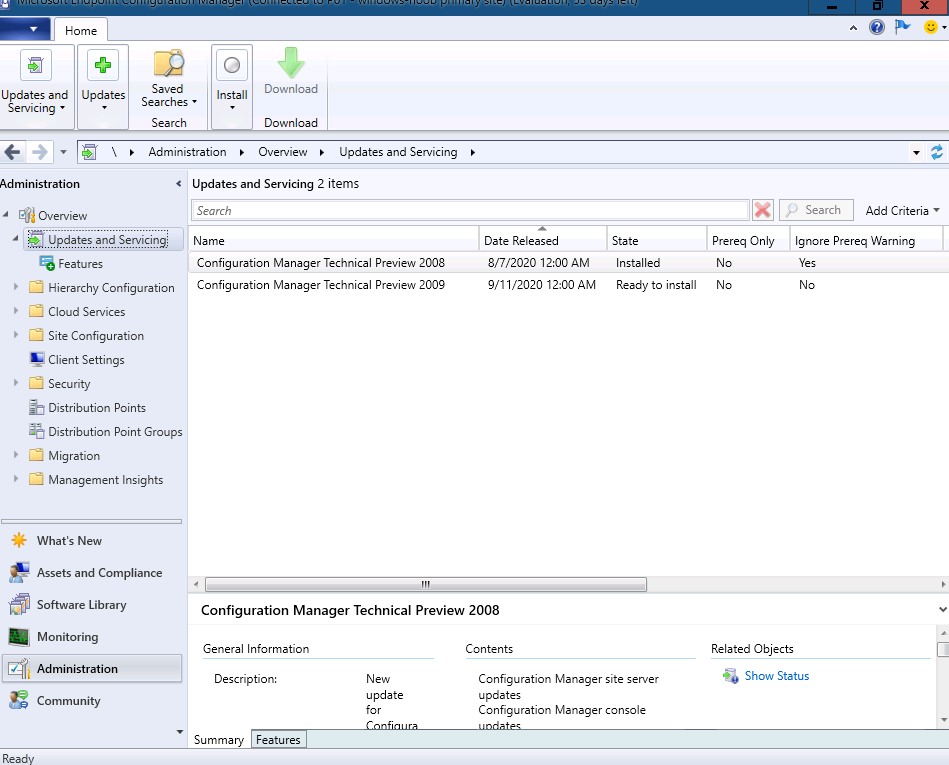 Once installed, you can check out the new features.

If you are going to create a new CMG to test this out then add the following Resource Providers to your Azure subscription hosting the CMG. 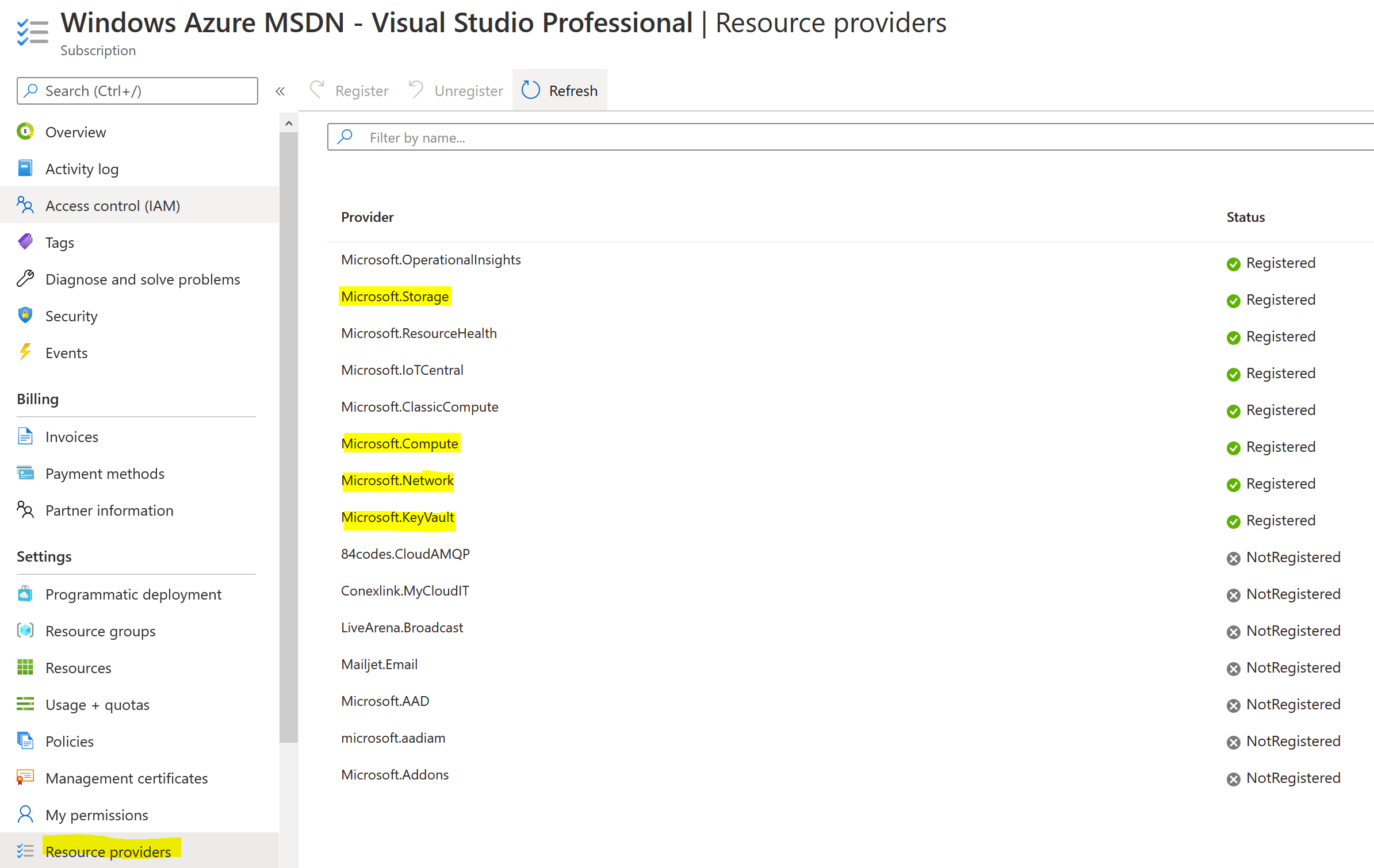 Note: If you already have a CMG in place, you do not need to add the above highlighted resource providers. 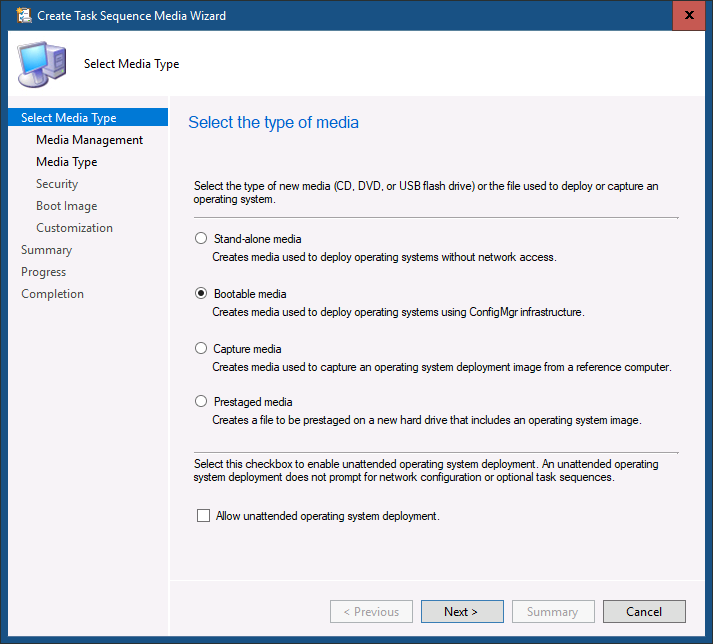 Click next and select the new third option, Internet-based media. 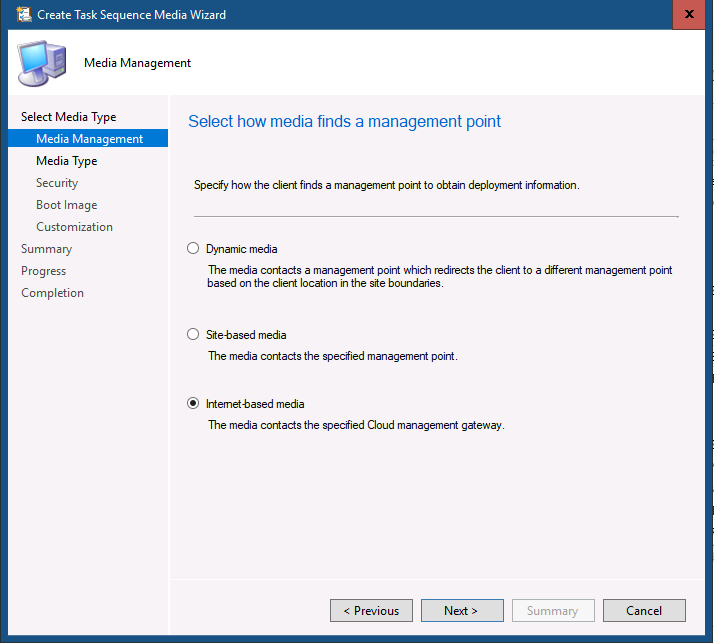 Click next and give your media a name, I chose cmgboot.iso as I’ll be attaching the iso to a Virtual Machine, you could choose either Removable USB drive of CD/DVD set. 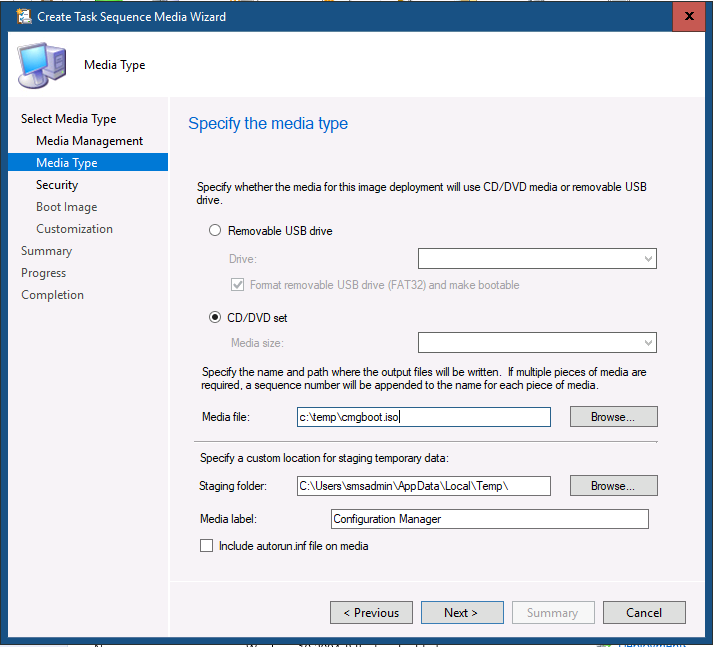 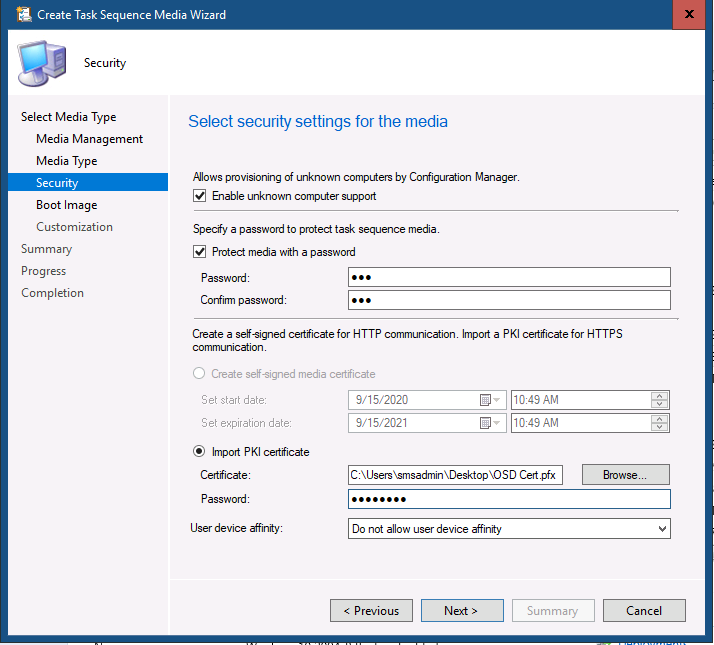 and not the option to select a CMG from the drop down menu to select the cloud management gateway to be used by the boot media. It’s static (not dynamic) so choose the CMG that’s nearest to your clients that you are sending the bootable media to. 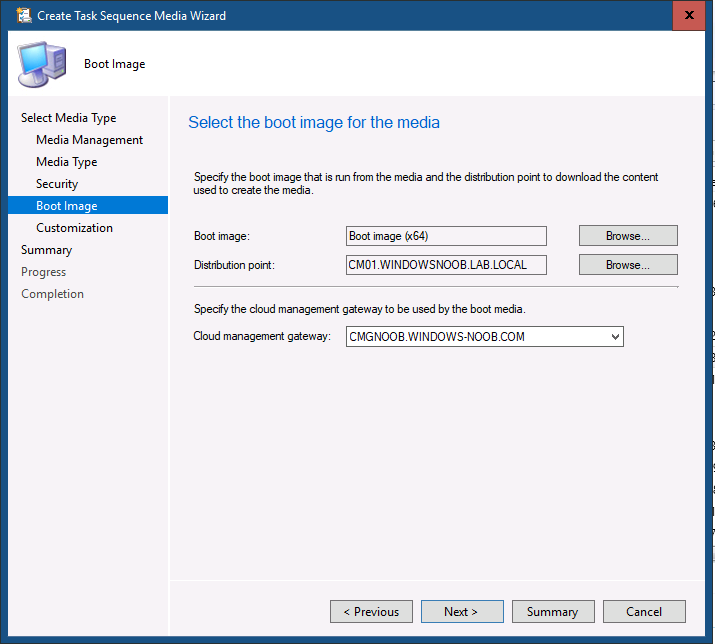 and after a while the media is created. 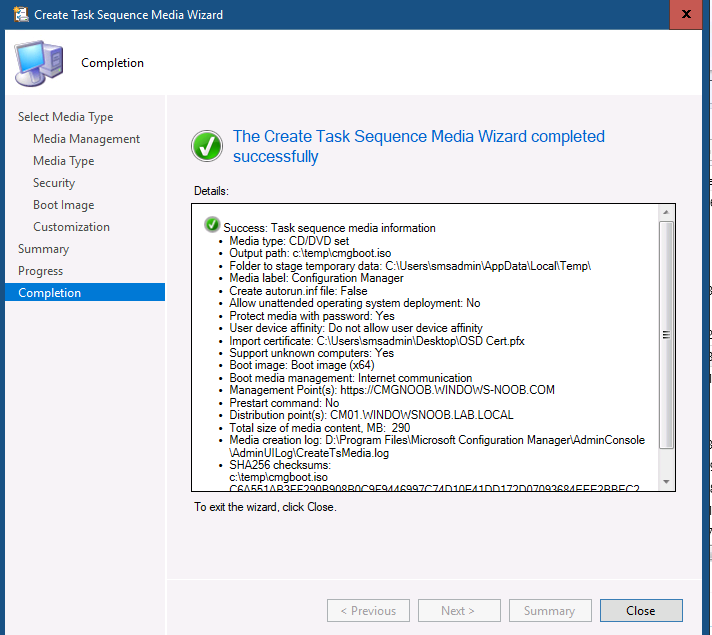 Now that everything is ready, I copied the iso to my desktop and changed the boot order on my vm to use the bootable media, I also changed the network to point to my CMG boundary. Next I booted the VM. You can see it’s booting from removable media. 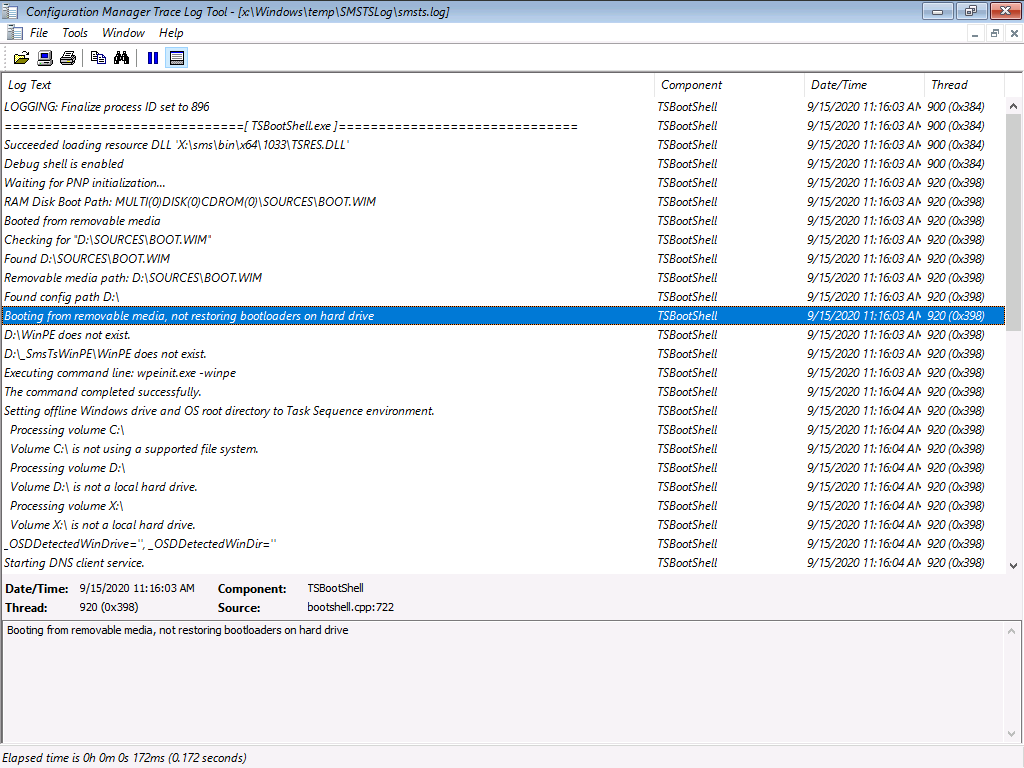 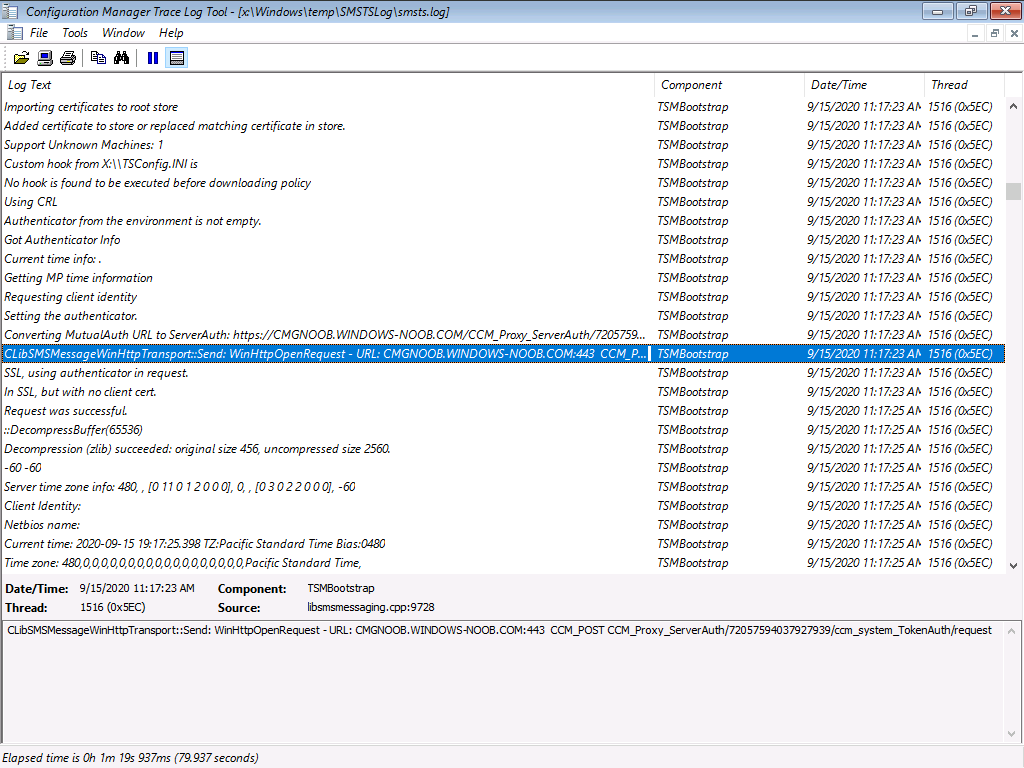 Before presenting you with a list of available task sequences. 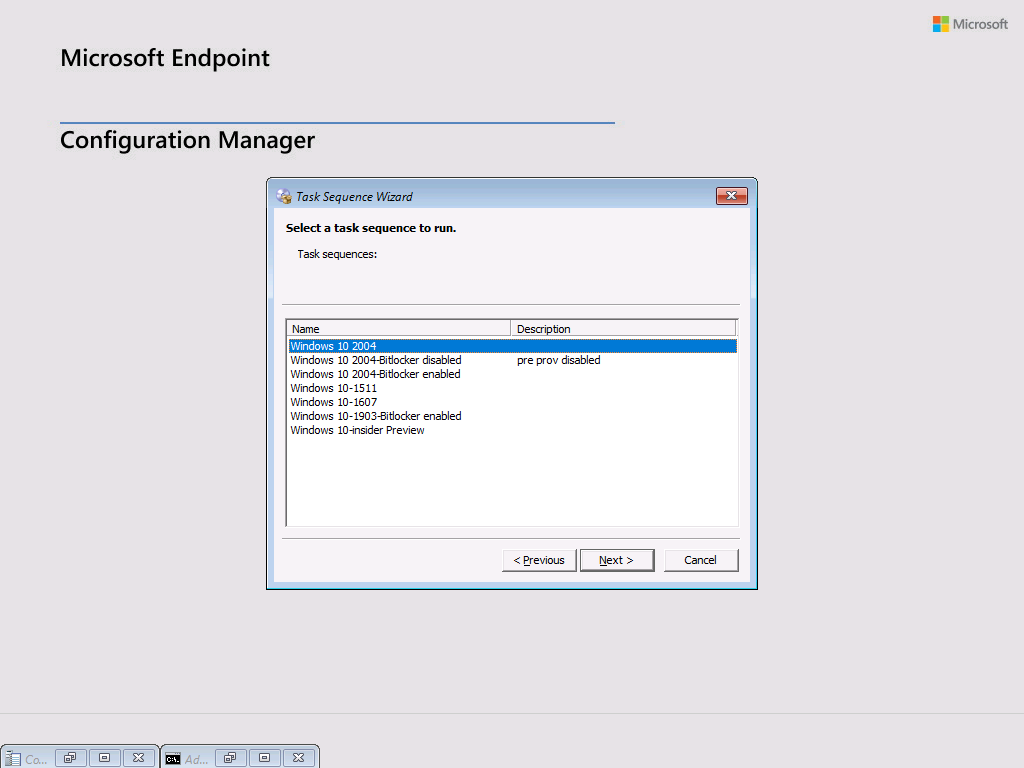 I selected Windows 10 2004 and off it went, starting the process, unfortunately I hit a bug (Johan also hit it) so we’ll see if we can get a workaround to resolve it. 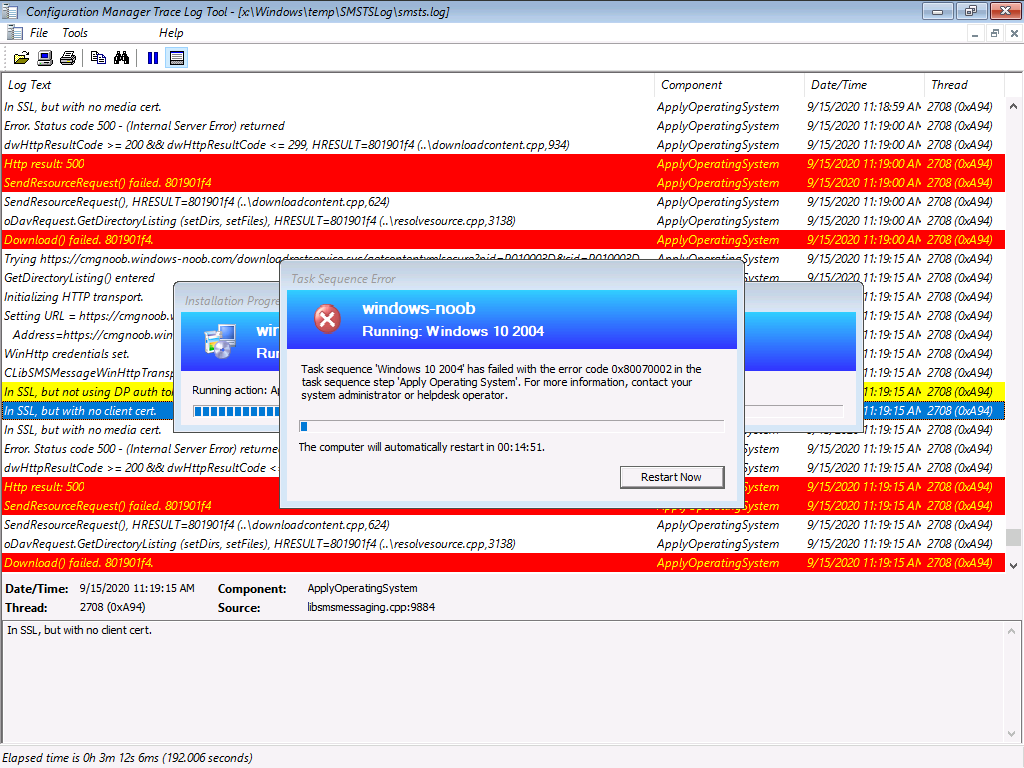 After RDP’ing to my CMG and applying a workaround from the Microsoft Product Group I can now see it’s working correctly ! 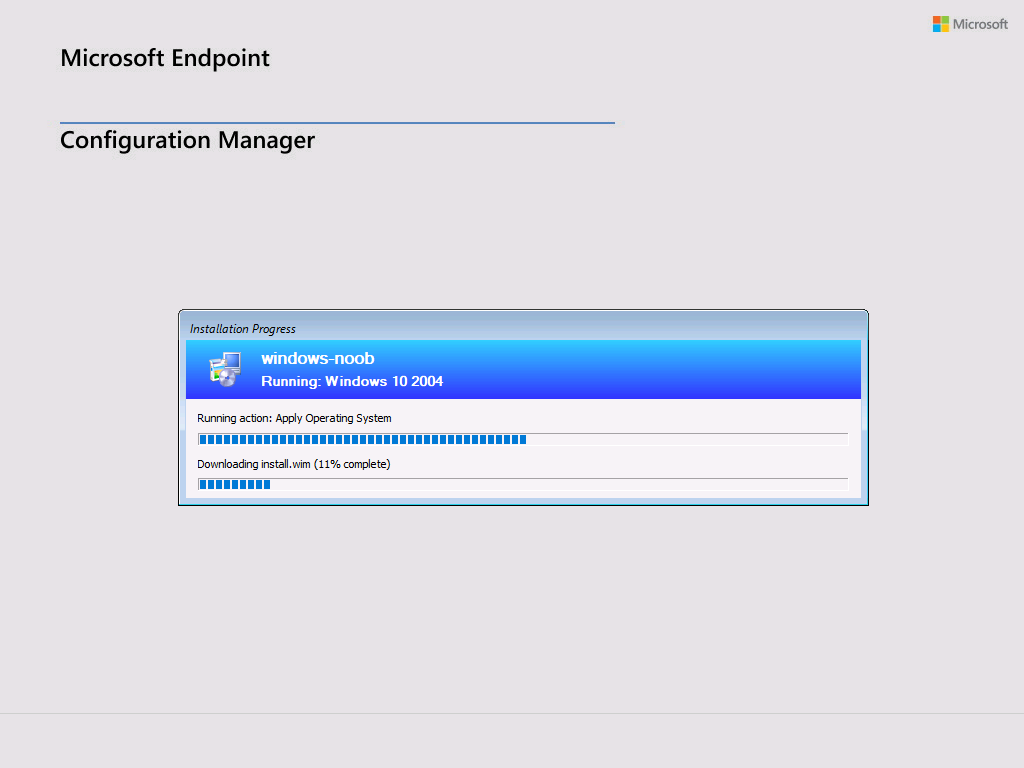 and a bit later…. 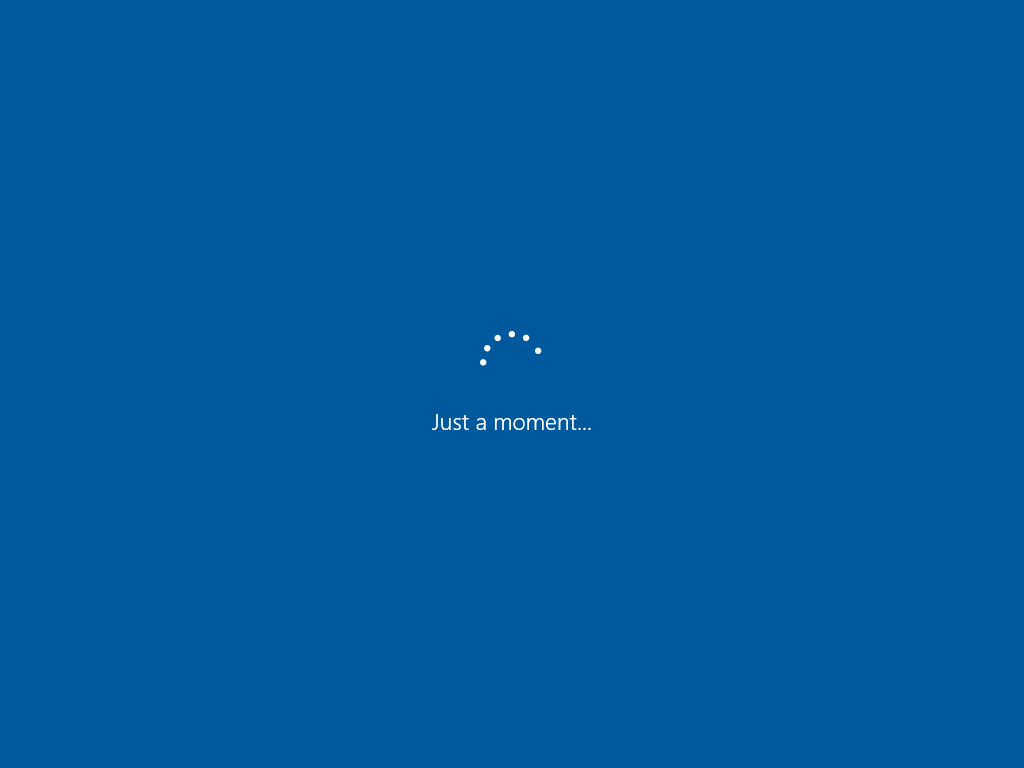 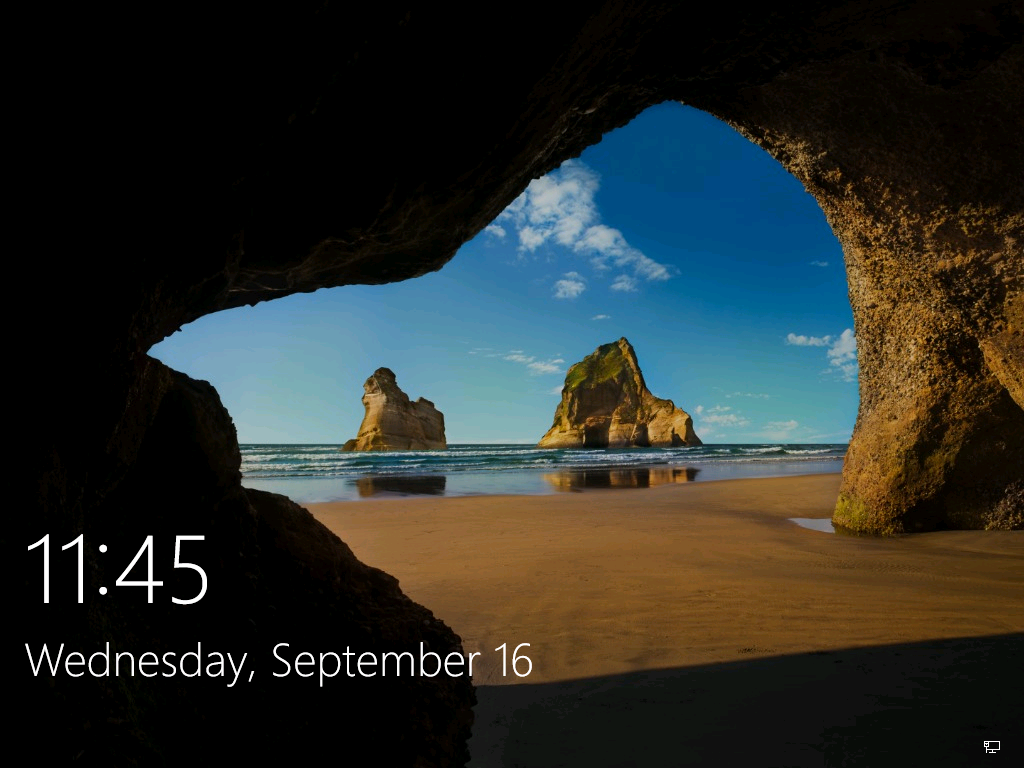 Well, the previous attempt worked fine but I couldn’t login as it wasn’t domain joined and I randomized the administrator password so… here I go again, for a workgroup only OS install. 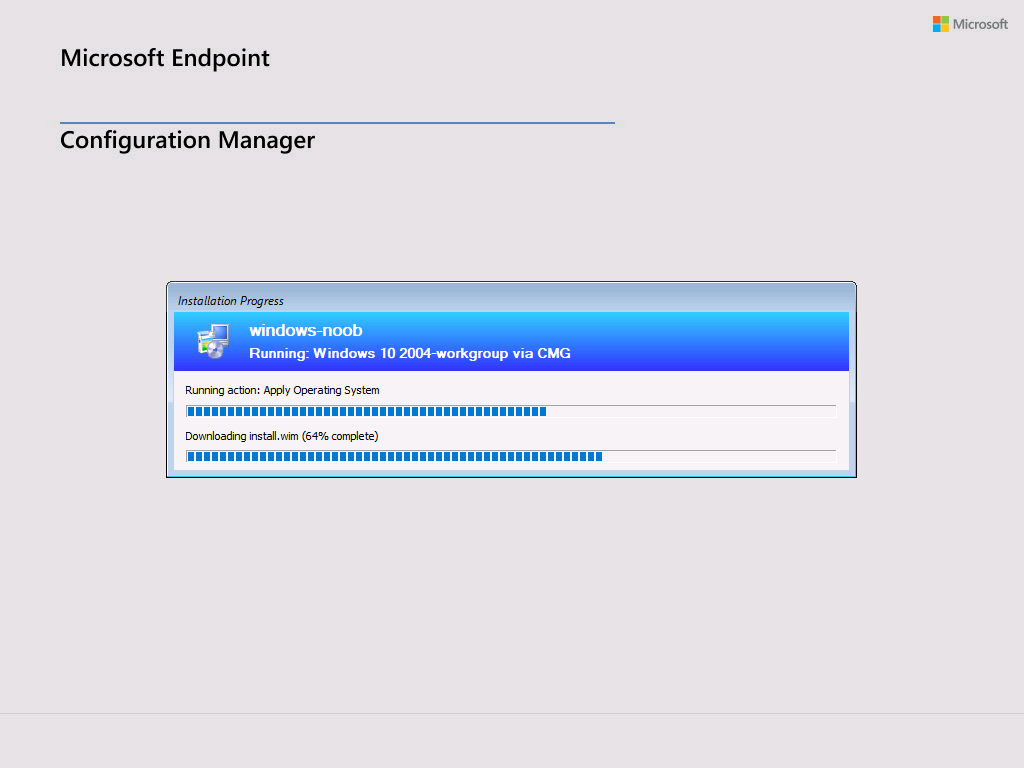 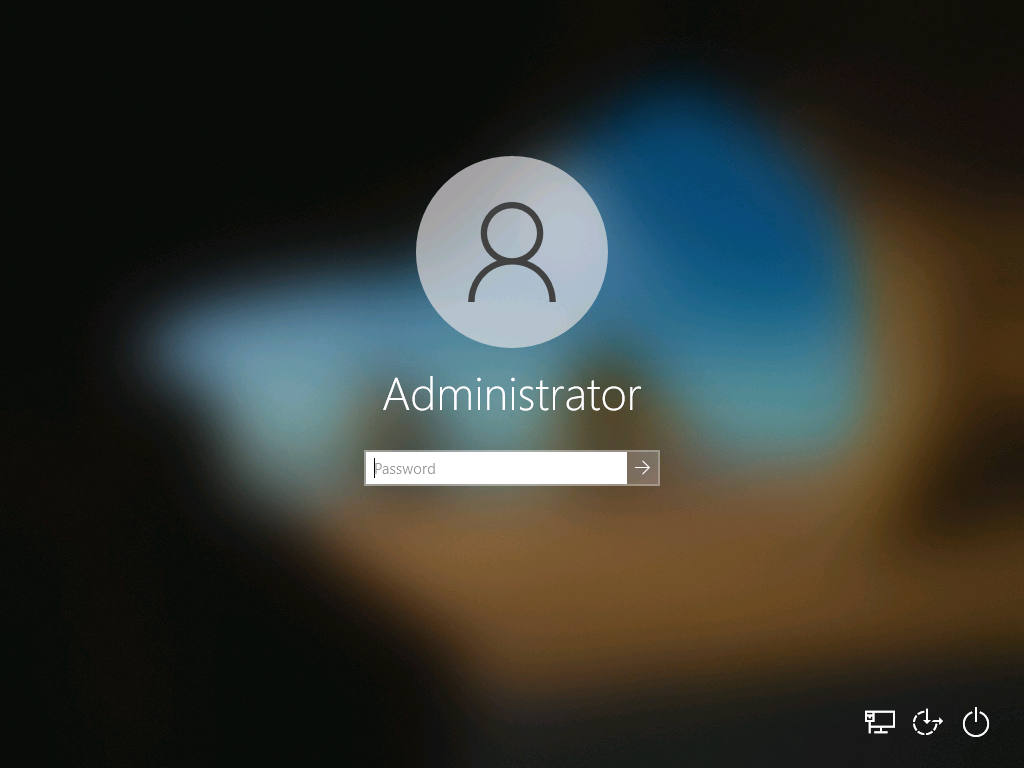 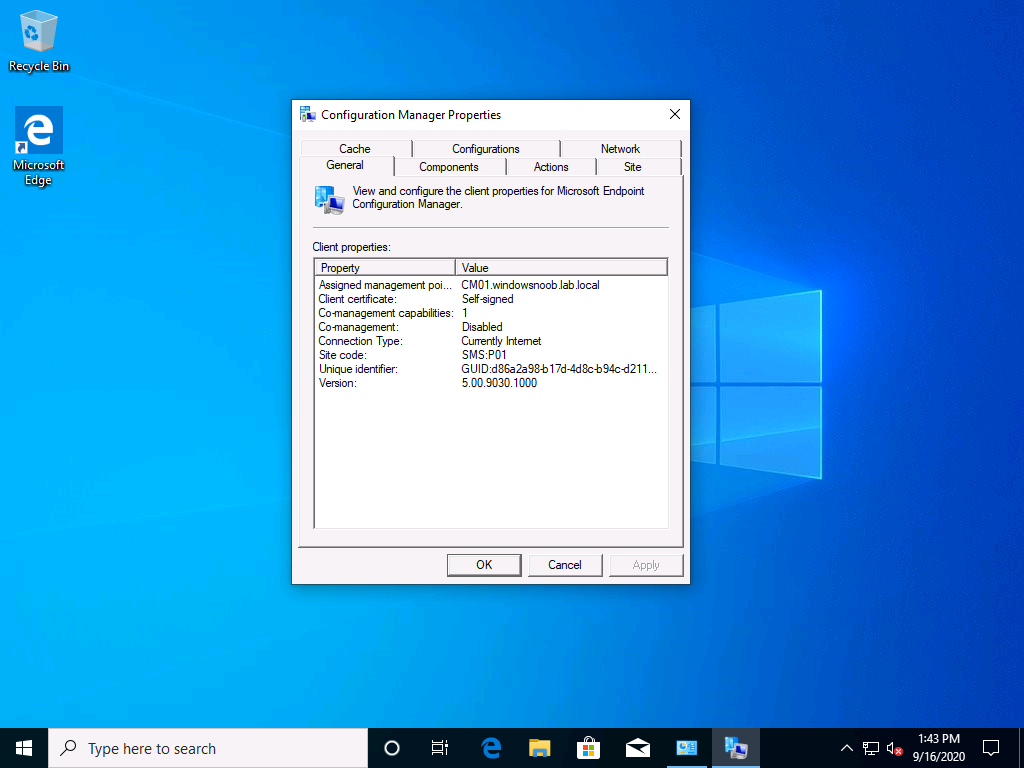 And the computer shows up in ConfigMgr ! 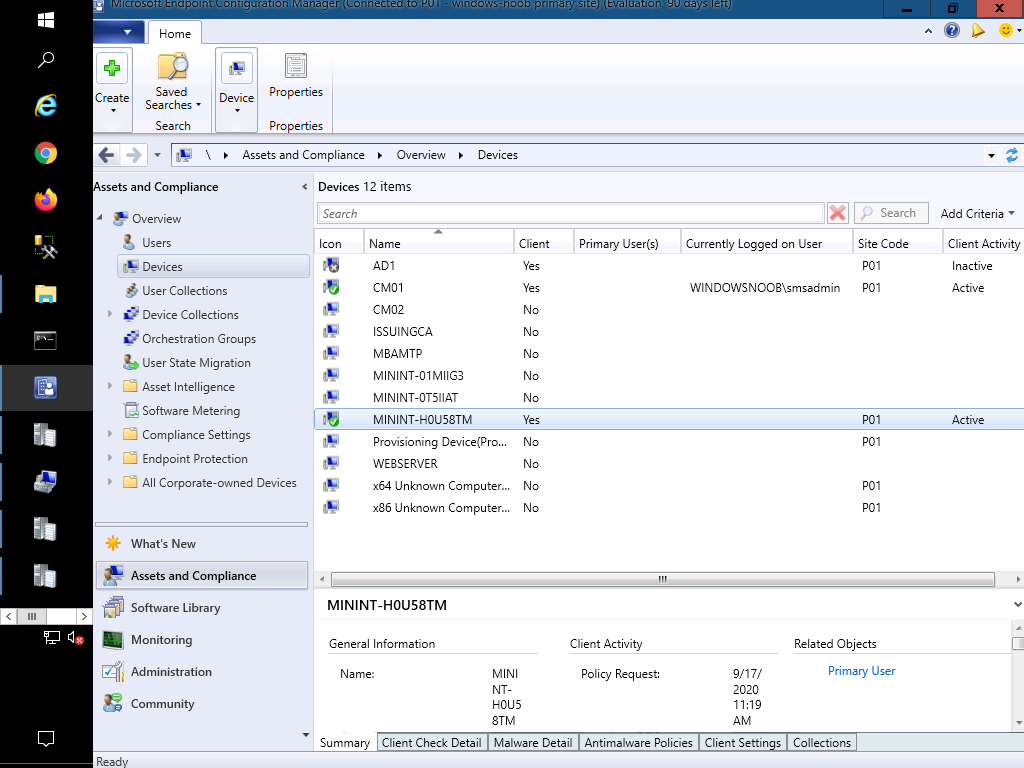 So in my mind at least, you could theoretically use this workgroup deployed computer to get policy and deploy some app in Software Center to connect to a VPN and join the on-premise domain (or do whatever other actions you needed). Or do it via the task sequence itself.

To summarize this blog post  I’ll quote the great Jason Sandys who always knows how to articulate and explain a scenario best.

These are exciting times !

This entry was posted in 2009, bootable media over CMG. Bookmark the permalink.

3 Responses to OSD via boot media and CMG, available in TP2009