Microsoft released SCCM Technical Preview 1906 a week ago or so and I upgraded my lab but never got around to blogging about it. So here’s some info about it, better late than never :P. 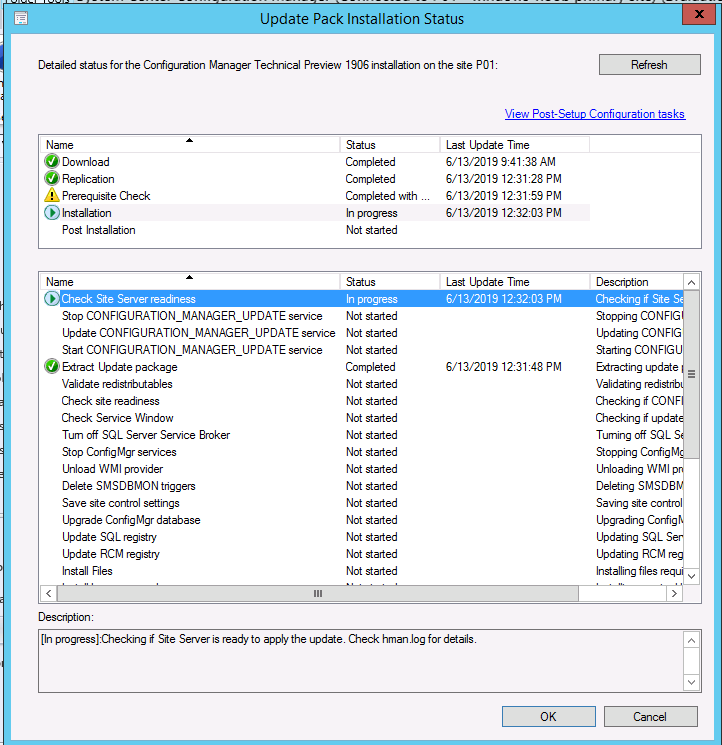 And here it is in all its glory. Another fine (lab based) release from Microsoft. 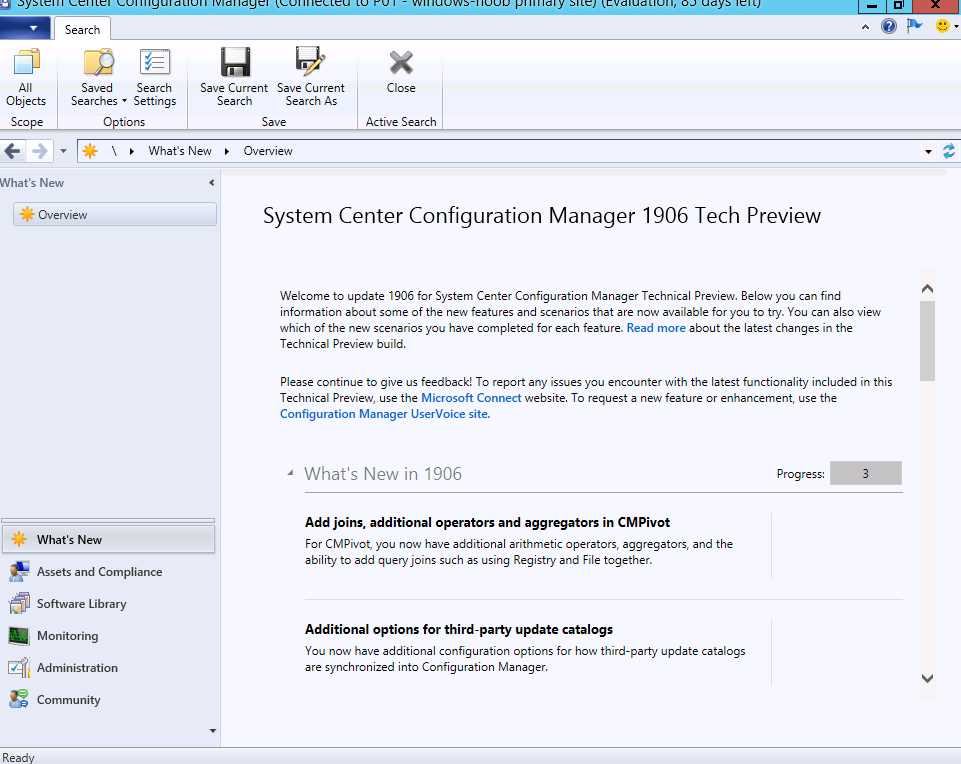 So what’s new in this release ?

Redesigned notification logic for newly available software – The New Software is Available notification will only show once for a user for a given application and revision. The user will no longer see the notification each time they logon.

RBAC on Folders – Based on your UserVoice feedback you can now set security scopes on folders.

Improvements to Community Hub – Aside from the existing support for scripts and reports, the Community Hub now supports the following objects: PowerShell Scripts, Reports, Task sequences, Applications and Configuration items. There is now the ability to consume updated hub items.

CMPivot standalone improvements – To enable more people, such as security admins, to use CMPivot, we’ve expanded the ability for CMPivot to be run outside the console. We’ve also expanded the Security Admin role’s default permissions. These changes give you the benefits of real-time queries across the organization.

Improvements to OS deployment including

This entry was posted in 1906. Bookmark the permalink.