The recent issues reported with Windows 10 version 1809 are fixed, and the update is now available for download 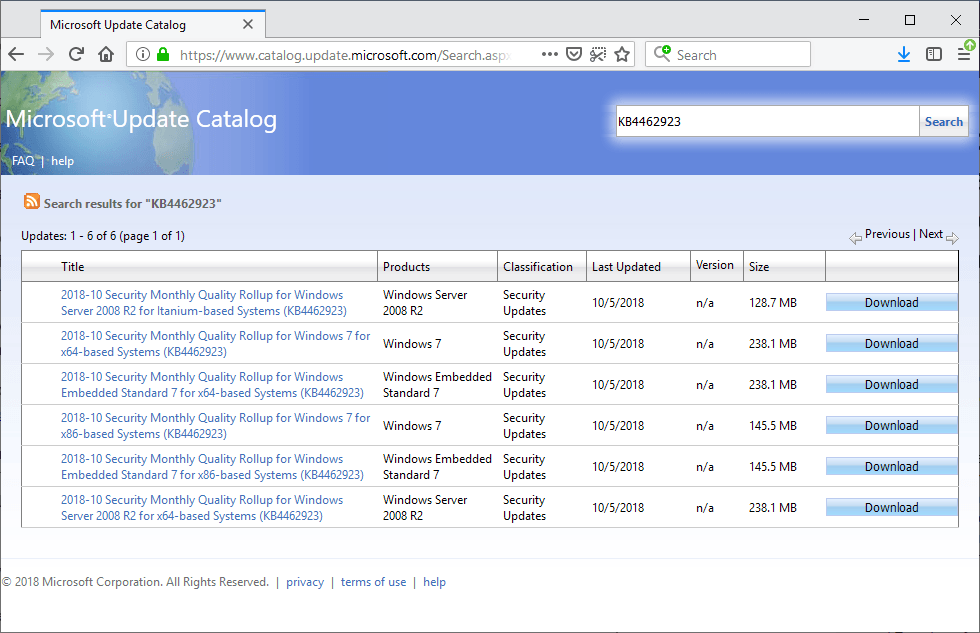 Microsoft also blogged about it here.

This update includes quality improvements. No new operating system features are being introduced in this update. Key changes include:

If you installed earlier updates, only the new fixes contained in this package will be downloaded and installed on your device.

For more information about the resolved security vulnerabilities, please refer to the Security Update Guide.

Known issues in this update

Microsoft is not currently aware of any issues with this update.

How to get this update

Before installing this update

If you are using Windows Update, the latest SSU (KB4465477) will be offered to you automatically. To get the stand-alone package for the latest SSU, go to the Microsoft Update Catalog.

This update will be downloaded and installed automatically from Windows Update. To get the stand-alone package for this update, go to the Microsoft Update Catalog website.

For a list of the files that are provided in this update, download the file information for cumulative update 4464330.

This entry was posted in 1809. Bookmark the permalink.