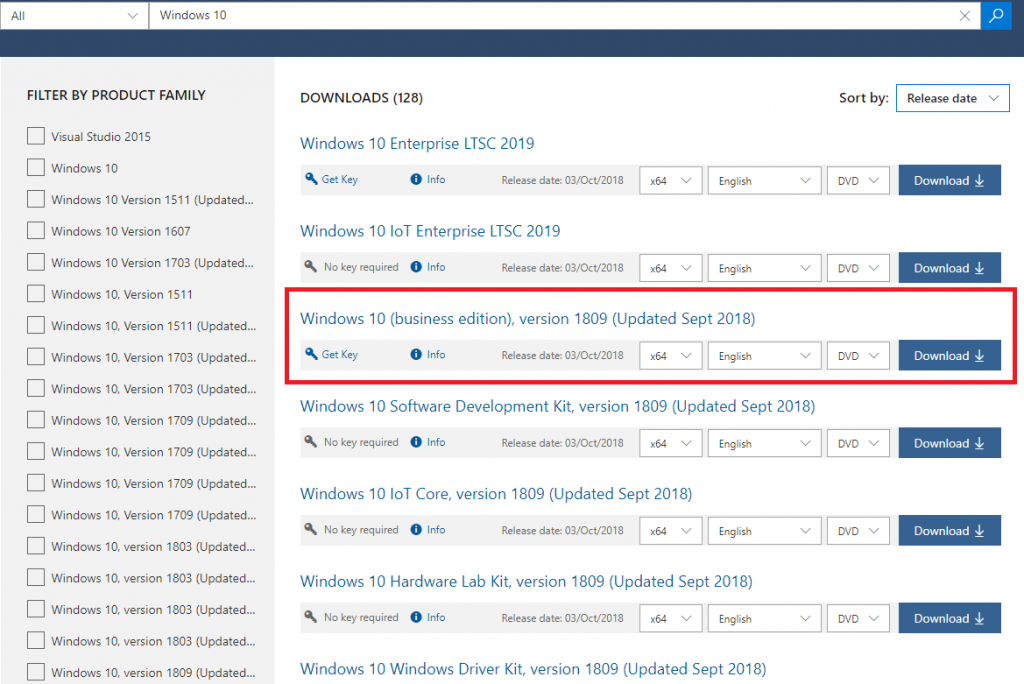 There is a corresponding download for Windows 10 Enterprise version 1809 also on VLSC however it’s for ARM Architecture only (64bit), so probably not of much use to you and me… 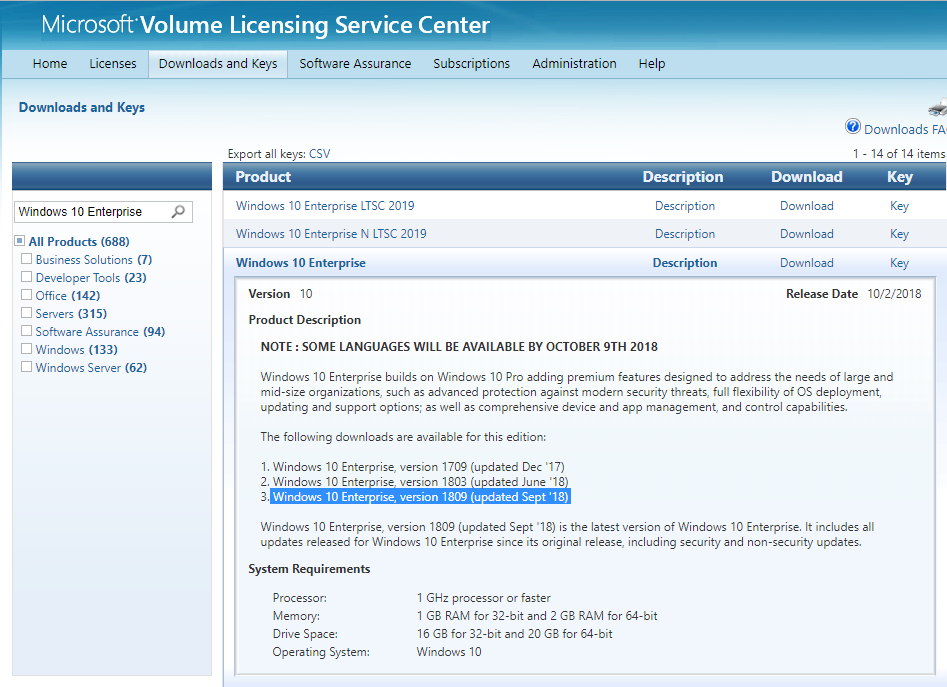 This release is packed with lots of interesting new features detailed here.

And if that wasn’t enough, Windows Server 2019 is finally Generally Available (on MSDN),

For more info about the new release, please read this:

This entry was posted in 1809, Windows 10. Bookmark the permalink.