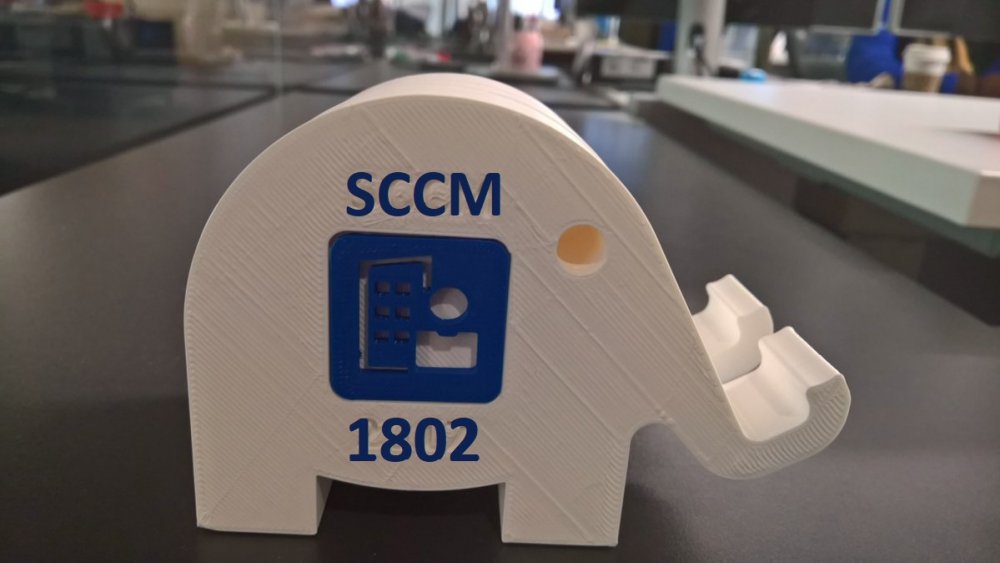 The white elephant above is based on an original graphic here, thanks Djam !

Note: You cannot upgrade from a Current Branch to Technical Preview or vice versa, they are two distinct different branches.

The following versions have been previously released since Microsoft moved to the Current Branch release cadence for Configuration Manager:

A note about Baseline releases

In a previous post you used PowerShell scripts to install System Center Configuration Manager (Current Branch) version 1702. This post will focus on upgrading from one current branch version to version 1802. This post assumes you are running a minimum version of 1702 (or later) of System Center Configuration Manager (Current Branch).

Note: Before upgrading, please review the following checklist to verify you are ready for the update.

Do you want it now or later ? When new Current Branch releases are made available to the public, you have the choice of getting the release immediately using a method called the fast ring. The fast ring method uses a PowerShell script which you download from Microsoft. After running the PowerShell script, the upgrade will show up in the ConfigMgr console. If however you decide to wait a couple of weeks after the release is publicly available, then the upgrade will be released to the slow ring and at that point it will show up in the ConfigMgr console for all Current Branch hierarchies.

To use the fast ring PowerShell script, download it, and run it to self-extract to FastRingScript_1802. 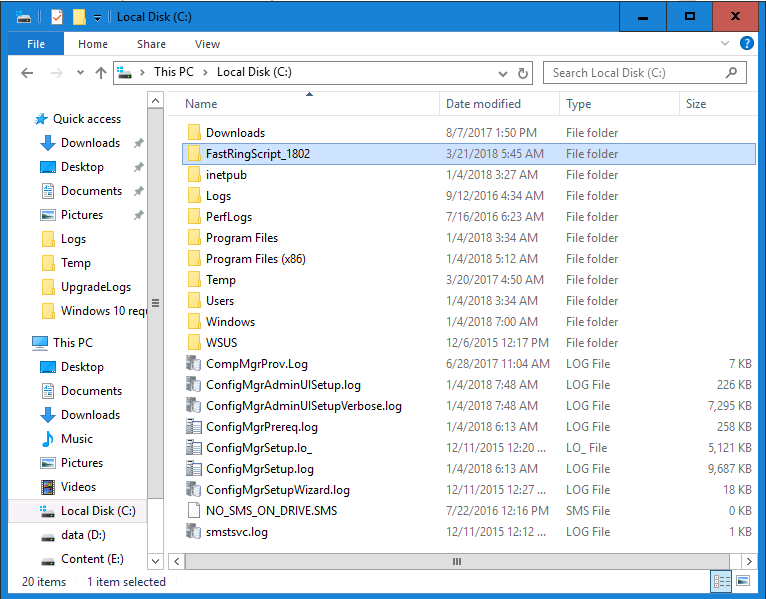 Once extracted, start an Administrative PowerShell command prompt in that folder and from there use the following command (where CM01 is the <SiteServer_Name | SiteServer_IP> of your CAS or standalone Primary site server).

Next, open the ConfigMgr console and find Updates and servicing in the Administration node. Click on Check for Updates in the ribbon, followed by Refresh. After a few minutes you should see that Configuration Manager 1802 is listed with a state of Available to download as shown below.

You can read the rest of this long and detailed blog post on windows-noob.com here.