Yet another RansomWare attack leaves businesses with problems

The return of EternalBlue

On June 27th 2017, another RansomWare attack took hold targeting the same eternal blue (SMBv1) vulnerabilities as WannaCry before it. This attack however doesn’t reach out to the internet like WannaCry did, it’s an internal network attack.

However, this attack seems to have deliberately targeted businesses in Ukraine, and as the email address used for encryption keys was disabled almost immediately, there’s no point in anyone paying ransom if their files are encrypted as they’d never get a reply (with the decryption info). 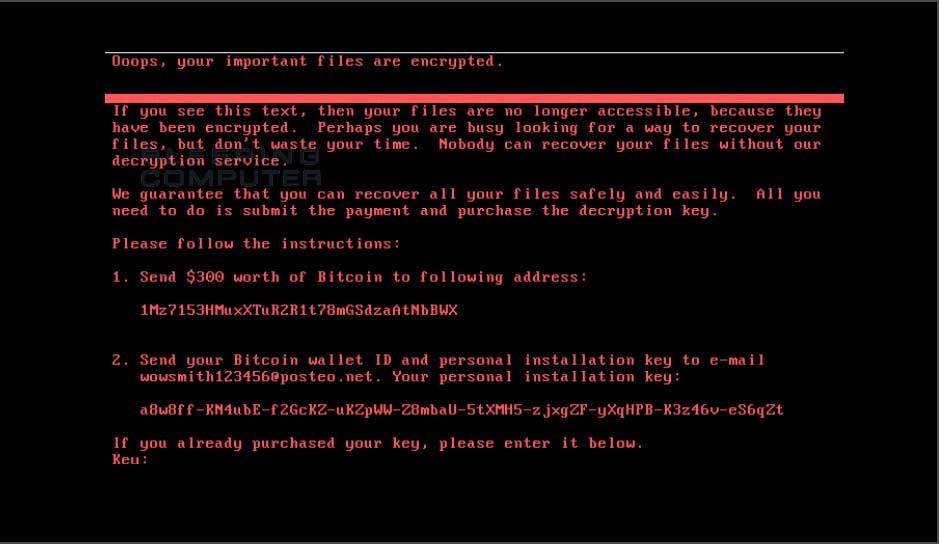 If you haven’t done it already (and if you have not, why not especially after WannaCry), head over to this Technet link and apply the patches, do it.

That said, a security researcher found a way of stopping the ransomware from encrypting machines affected by placing a read-only file called Perfc in the Windows directory, eg:

Protection against this new ransomware attack

Microsoft have advised the following to keep you protected against this (and similar) RansomWare attacks:

“We recommend customers that have not yet installed security update MS17-010 to do so as soon as possible. Until you can apply the patch, we also recommend two possible workarounds to reduce the attack surface:

As the threat targets ports 139 and 445, you customers can block any traffic on those ports to prevent propagation either into or out of machines in the network. You can also disable remote WMI and file sharing. These may have large impacts on the capability of your network, but may be suggested for a very short time period while you assess the impact and apply definition updates.

For enterprises, use Device Guard to lock down devices and provide kernel-level virtualization-based security, allowing only trusted applications to run, effectively preventing malware from running.

This entry was posted in Not Petya, Petya, RansomWare. Bookmark the permalink.