How to fix “Warning: An update to the System Center 2012 Configuration Manager Cmdlet Library is available.”

If you are using PowerShell to automate tasks in ConfigMgr (and you should be) you may receive a warning when running a ConfigMgr cmdlet (in a script) such as the one below if you had previously installed the Configuration Manager CmdLet Library. 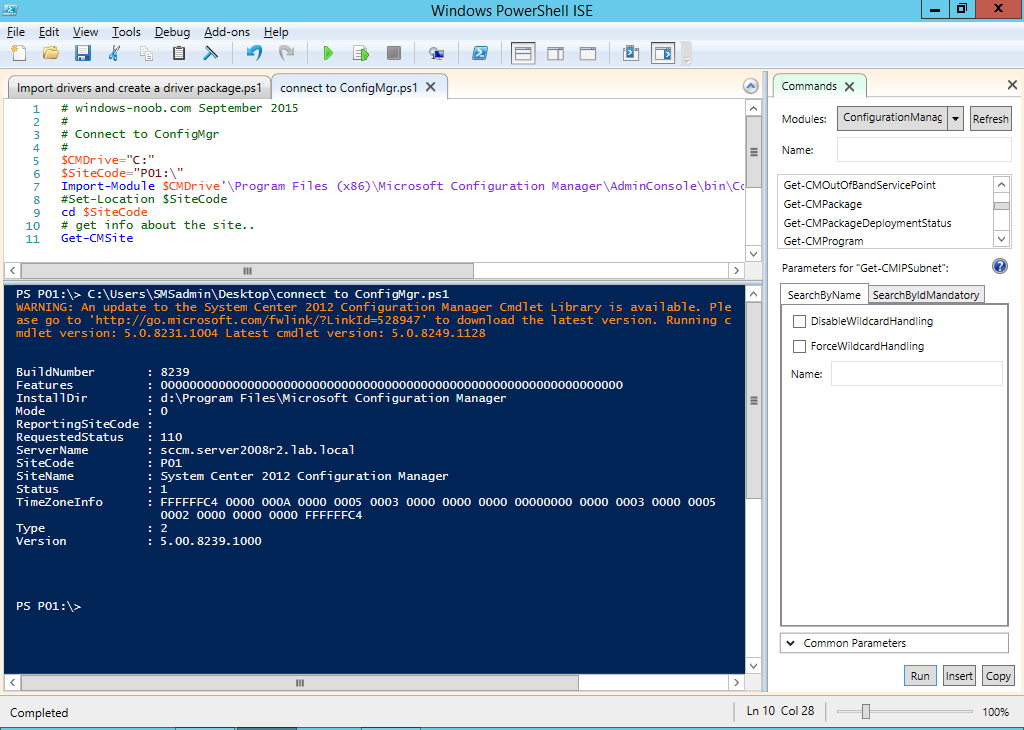 The script used above is pasted below

When the PowerShell cmdlets library was removed from Cumulative Updates in ConfigMgr (CM12 R2 CU5)  in it’s place the System Center Configuration Manager Cmdlet Library  was released on April 13th, 2015 and it has the ability to check for new updates and inform you that they are available (daily).

The warning above is simply informing you that an update is available and you should install it to keep current. If you are curious about how many cmdlets you have currently try running the below PowerShell code after connecting to ConfigMgr. The result I got on my CM12R2SP1CU1 site was 622. 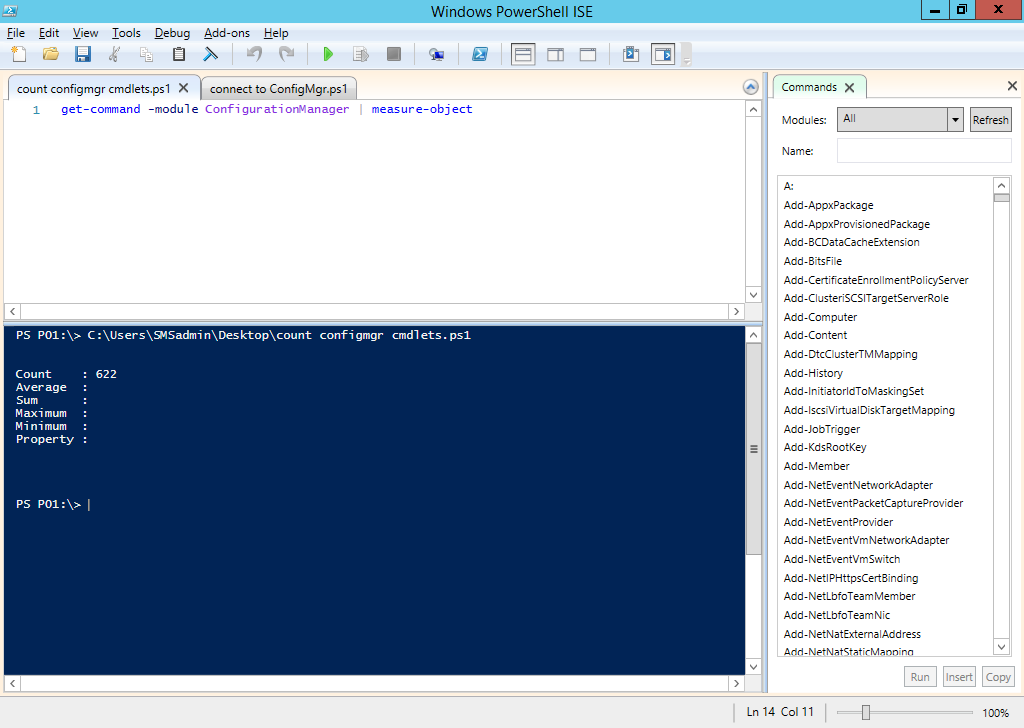 To install the new update and get the new cmdlets go to https://www.microsoft.com/en-us/download/details.aspx?id=46681 and download the latest version. 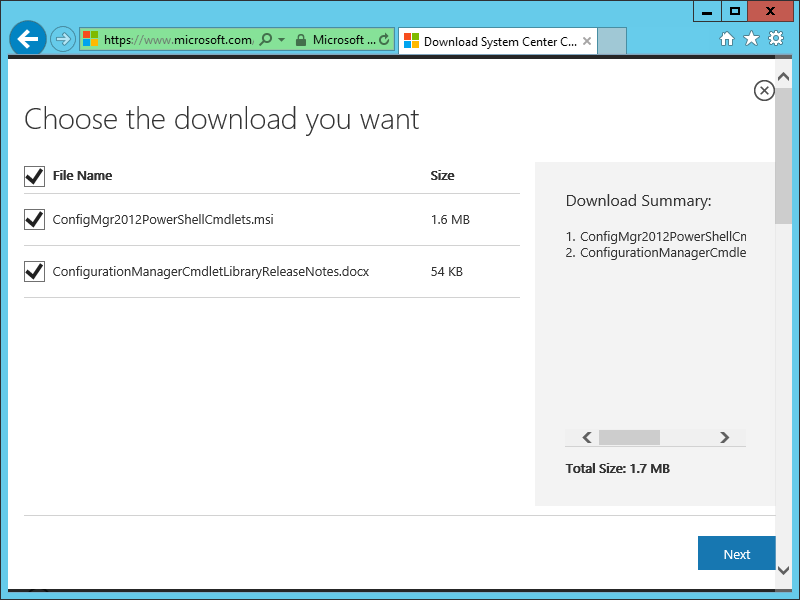 Select the files you want to download and run the MSI once downloaded.

When you see the welcome to the System Center Configuration Manager Cmdlet Library Setup Wizard click next. 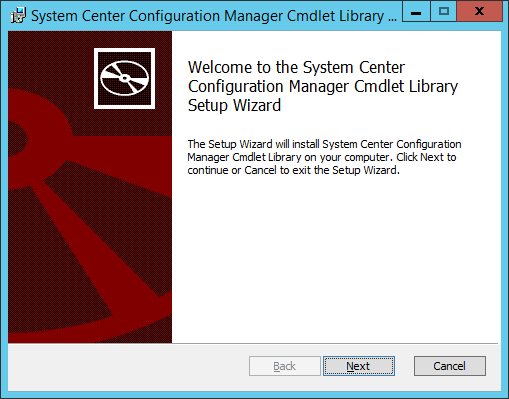 After clicking next, you’ll see an Important Installation Information window (shown below) about Usage Data being collected (this option is enabled by default). There is no option in the wizard to change this.

To fully opt out you need to set these two registry key values, one for each of the Event Tracing for Windows (ETW) providers: 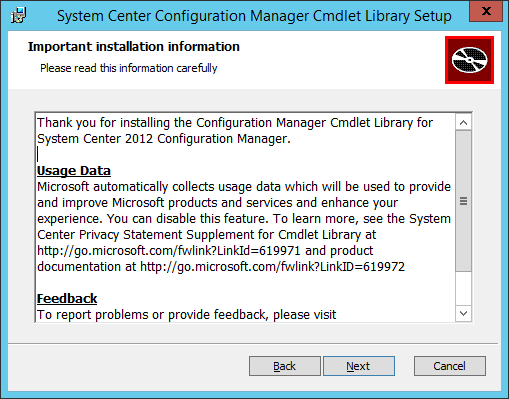 Once done, accept the EULA. 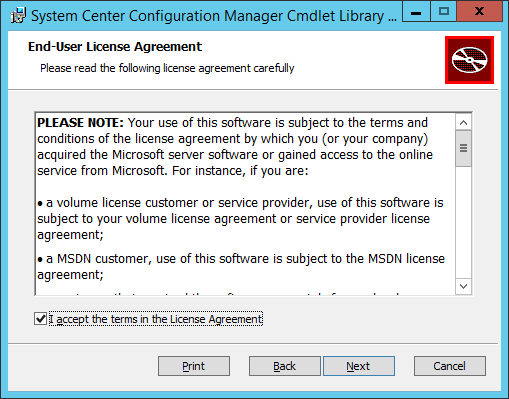 and close PowerShell ISE before continuing, 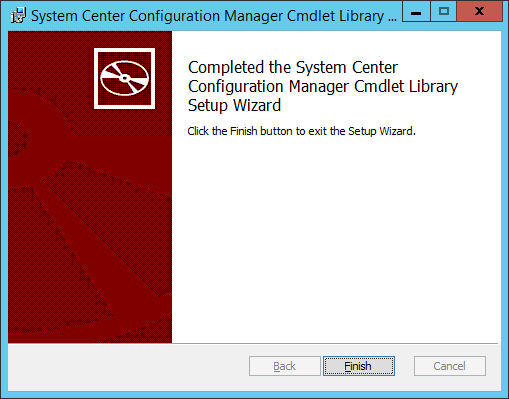 Once it is complete you can start using the updated Cmdlet library. But before doing so check the count of cmdlets

The result after the upgrade is 634 ! 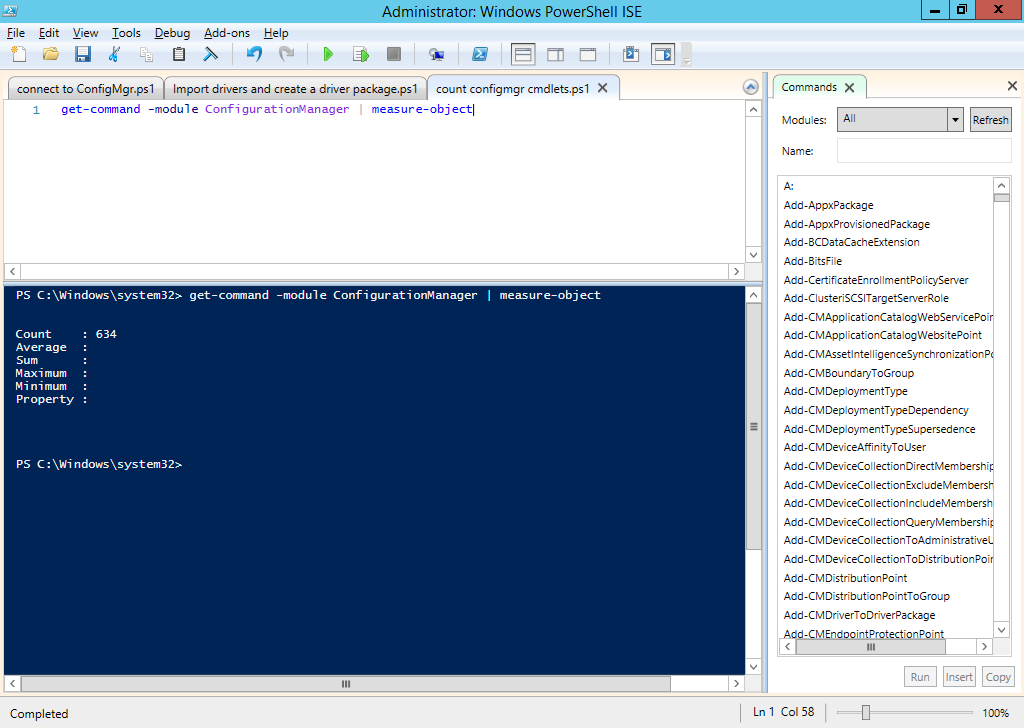 well that’s all for now, until next time, adios !

This entry was posted in ConfigMgr 2012, PowerShell. Bookmark the permalink.

2 Responses to How to fix “Warning: An update to the System Center 2012 Configuration Manager Cmdlet Library is available.”