Below is from the official announcement:

Following the announcements made at the Microsoft Ignite conference last week, we are happy to let you know that System Center 2012 R2 Configuration Manager SP1 and System Center 2012 Configuration Manager SP2 are now generally available and can be downloaded on the Microsoft Evaluation Center. These service packs deliver full compatibility with existing features for Windows 10 deployment, upgrade, and management.

What does it all mean ?

As the above is a little bit confusing check the below explanation from fellow MVP Greg Ramsey about which release you need:-

If this is a brand new install:

And then install SC2012R2_SP1_Confimgr.exe on the CENTRAL SITE ONLY – this will ‘convert’ your hierarchy to R2 SP1.

This screenshot is taken directly from Microsoft’s documentation. 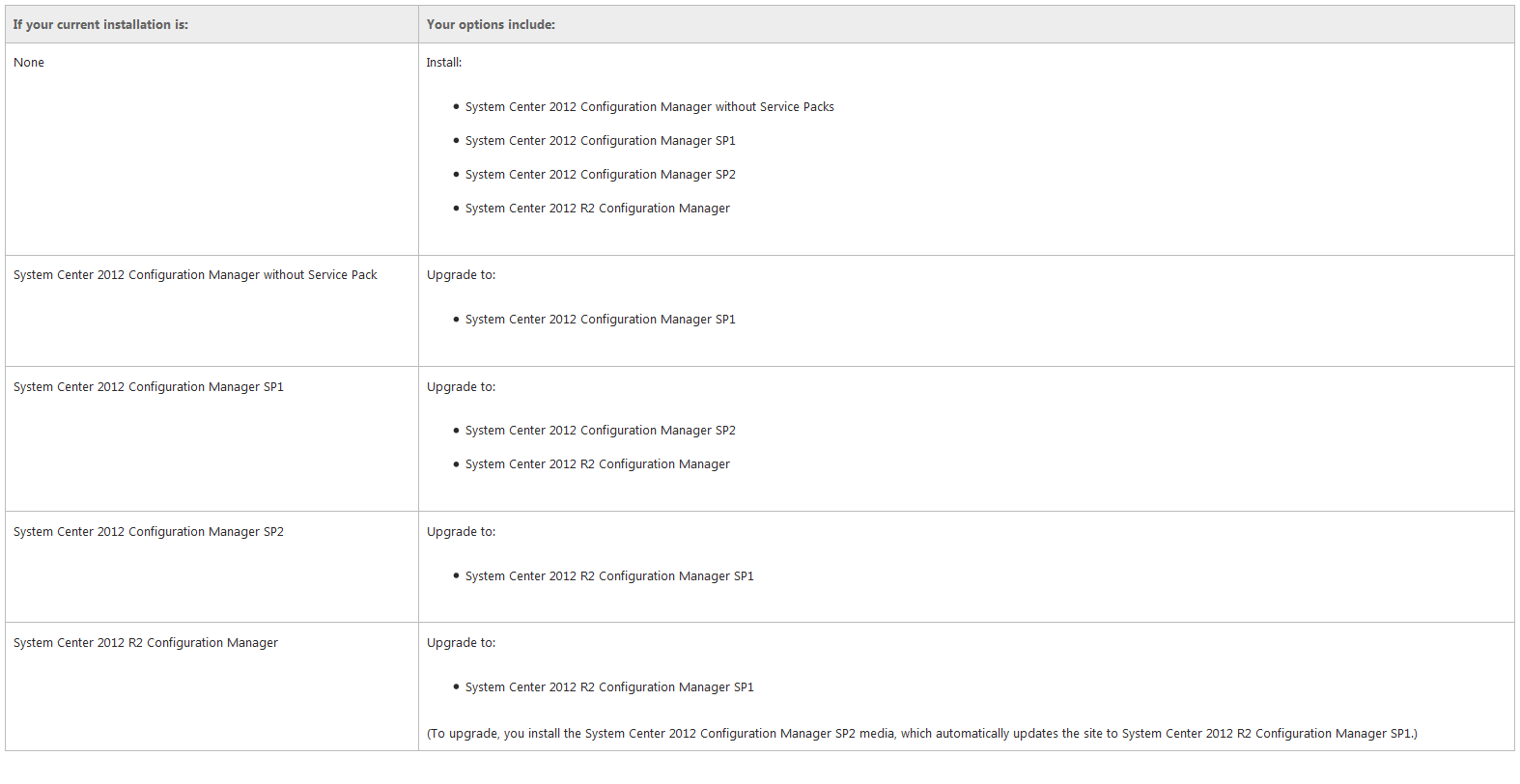 Is there a guide for upgrading ?

Use the following Link until it’s available on MSDN. According to comments on the official ConfigMgr Team blog the download for Volume License System Center media will be available on May 27th, 2015.

What is the version number of R2 SP1 ?

To see the supported configurations, please review the following blog post from Microsoft.

yes there is and here it is.