SCCM TP 1908 is out now and one of the really cool OSD related features is the ability to run an entire task sequence with a Power plan setting that delivers maximum performance (which means it will install the operating system quicker) in both Windows and WinPE.

To avail of the new ability right click on a task sequence and select the Performance tab. 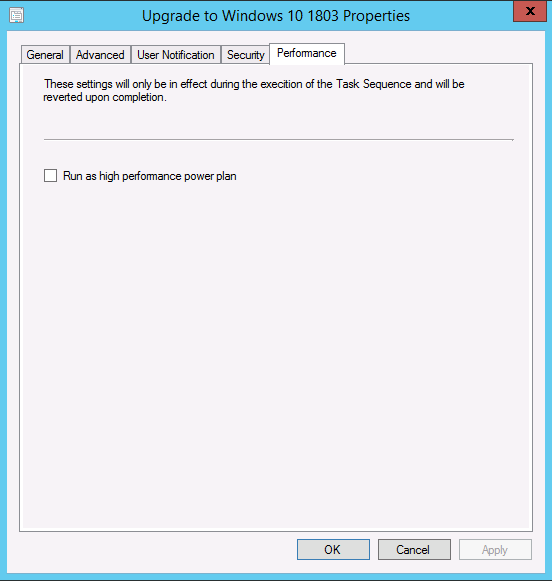 Place a check in the Run as High performance power plan box. 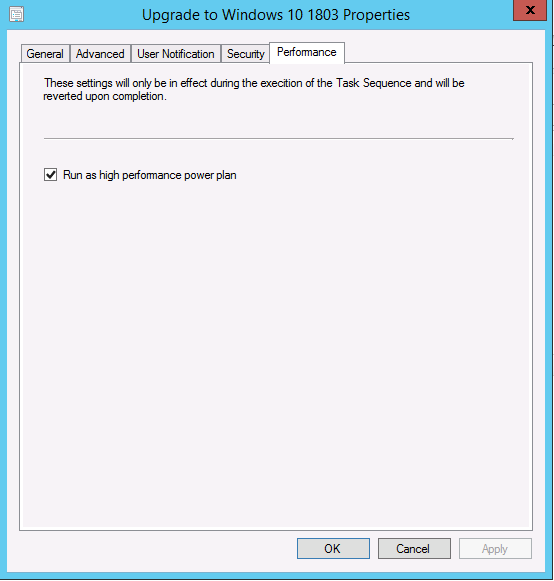 And test a deployment. Note: This functionality works in both Windows and Windows PE.

Once done, test OS upgrades or OS deployment, and you can see the powercfg commands listed in the SMSTS.log 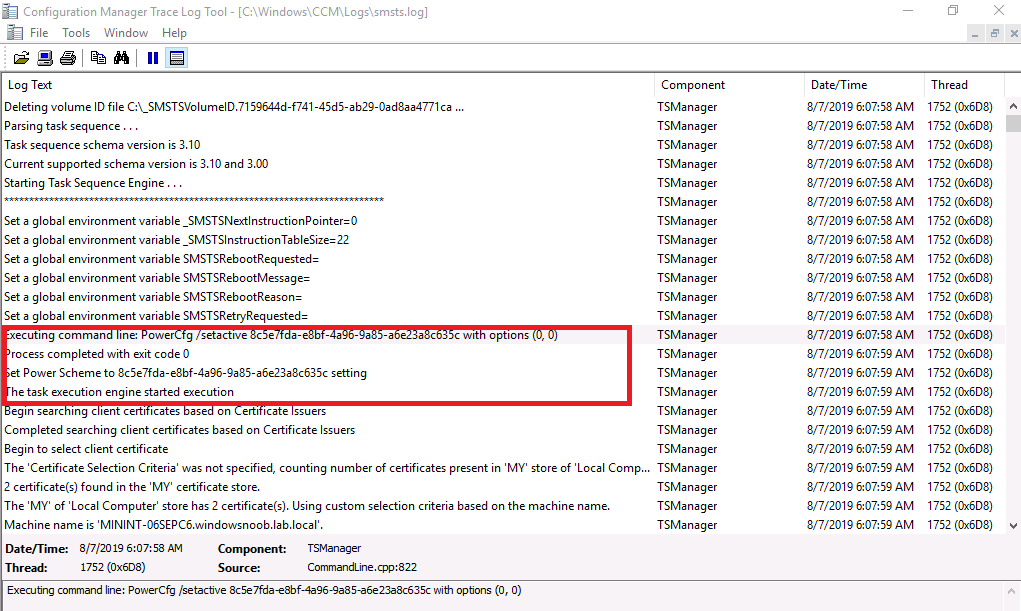 Note: In the screenshot above it only set’s the high performance state at the start of the task sequence, it doesn’t actually currently notify you that it has gathered the current state (which was balanced).

Once the task sequence has started you can see that the Power Scheme has changed from Balanced to High Performance.

And at the end of the task sequence you can see it’s restoring the Balanced Power Scheme. 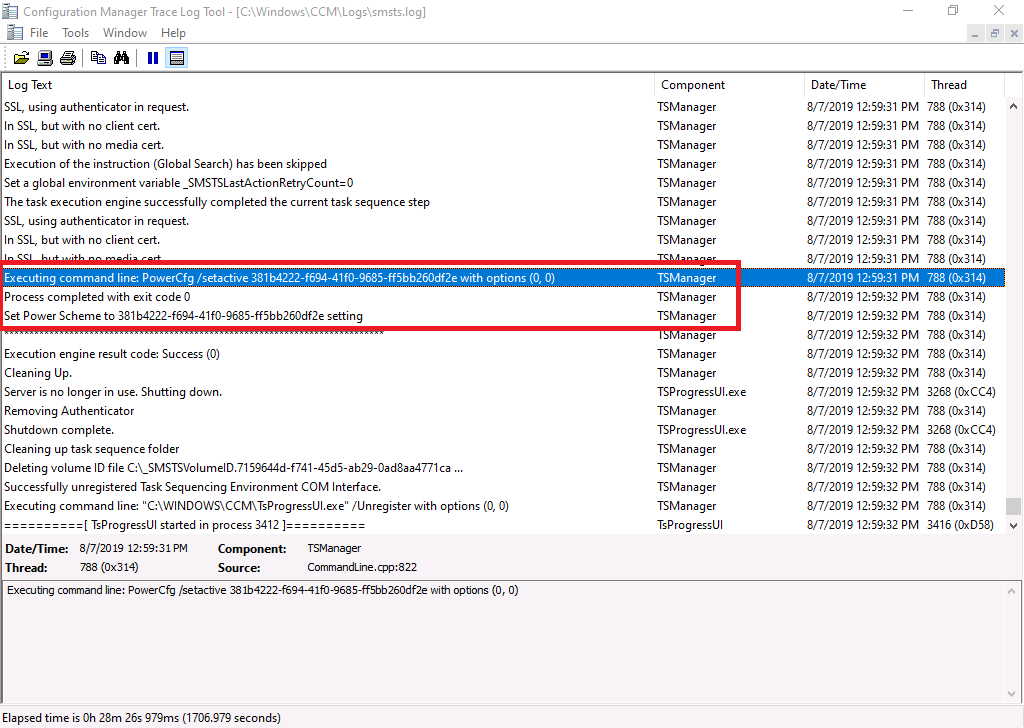 I’ll perform some testing on real hardware and update this post once done. For more info about this feature see here.

This entry was posted in performance plan. Bookmark the permalink.