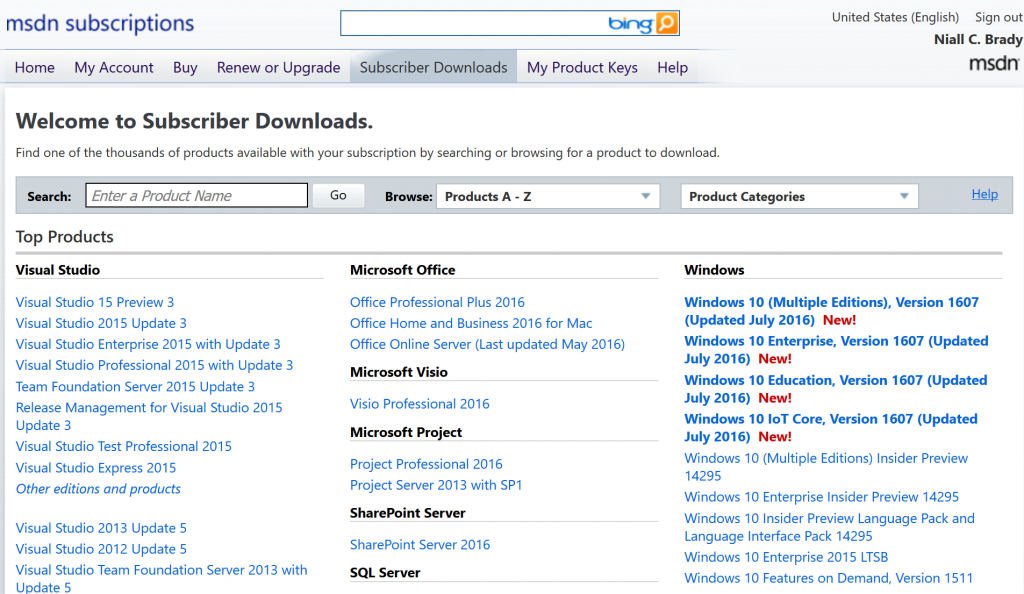 So now you have no excuse to avoid testing, deploying and managing Windows 10 (version 1607), other than waiting for the ADMX files.

Don’t forget, MSDN media should be used in a lab environment only, and for production, use Volume License Service Center media, there are differences between them and often times issues noted in the MSDN release are absent from the VLSC media.

This entry was posted in 1607. Bookmark the permalink.