In a previous post I showed you how you can change the video resolution while in WinPE to fix resolution issues on Lenovo hardware when using UEFI network boot. As there is more and more hardware capable of using UEFI mode the next logical step was to make this more dynamic without having the need to update packages to distribution points. This issue will only affect you if you are displaying HTA’s while still in WinPE (Hyper Text Applications such as this one) and if those HTA’s are bigger than the screen resolution that WinPE defaults to in UEFI mode. This problem may occur on more manufacturers than Lenovo and if i see it occuring on other manufacturers i’ll change the script accordingly to deal with them, but for now, it’s Lenovo only.

Note: The issue that this resolves only occurs in UEFI network boot scenarios, the same hardware, same task sequence, same boot image will not show the same behaviour for USB boot.

The solution is a couple of PowerShell scripts I wrote, one of which detects the Lenovo model, and based on that searches for a folder matching the model name (eg: ThinkPad X230) in a predefined network location and if it exists uses drvload to load the inf file in the root of that folder. This means that you do not have to create any package containing the video drivers, and you only need to copy the video drivers for affected models to the pre-defined location.

On a server of your choice, create a share called hidden$. Create a bunch of subfolders in the format VideoDrivers\Lenovo <Model> where model is the model name, eg: ThinkPad X230, you should create one folder for each Lenovo model you support for UEFI deployments. The following PowerShell will do that for you just change the DataDrive variable and run the script with Administrator credentials. If you already have a share called hidden$ you can run this script anyway to create the folders. 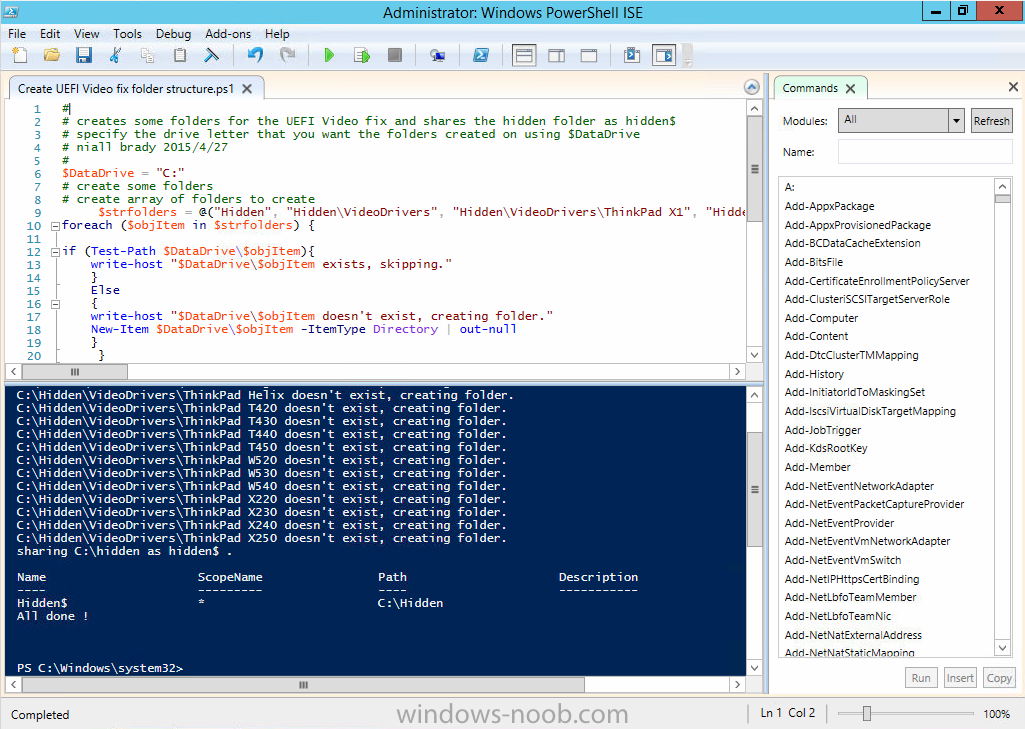 After the script is done running, you can review the folder structure it has created 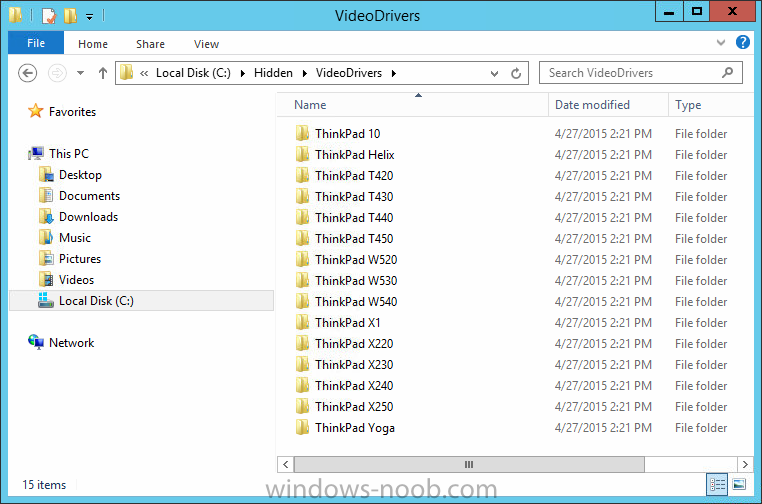 Step 2. Populate the folders with video drivers for each model

Using Lenovo’s support.lenovo.com website, search for a model and select the Component called Display and Video Graphics and then download the Windows 8.1 video drivers for each model you intend to support. 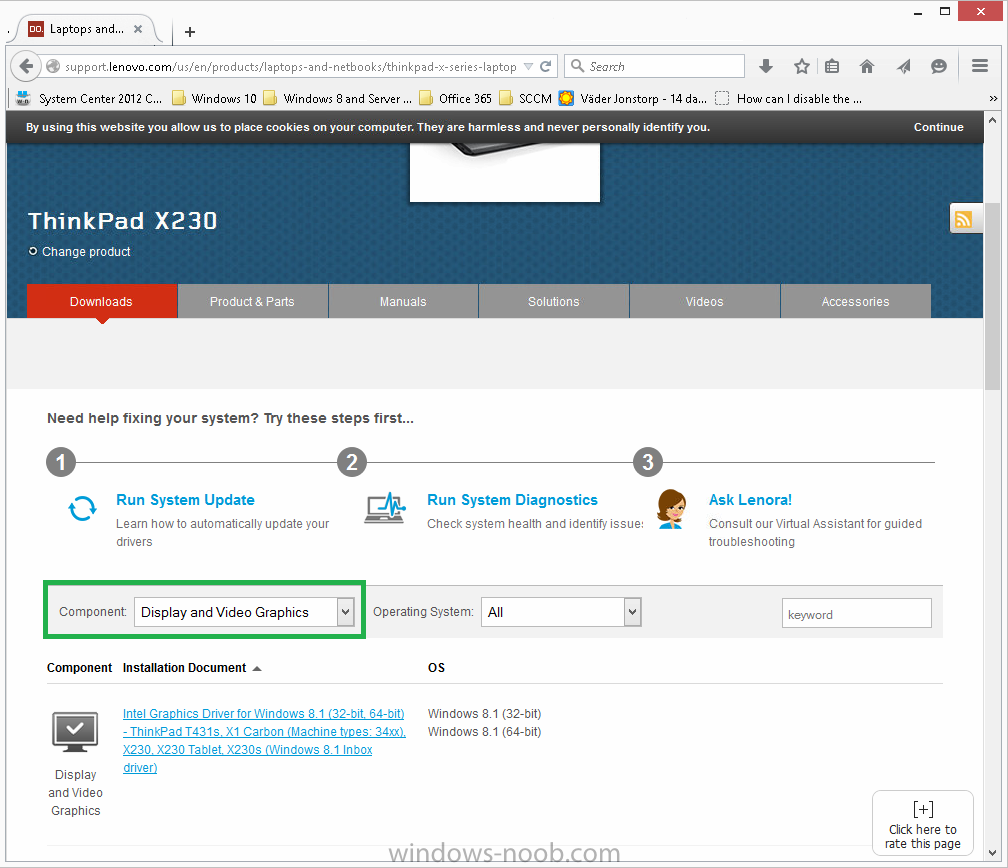 The extracted files (for Lenovo ThinkPad X230 are shown below) 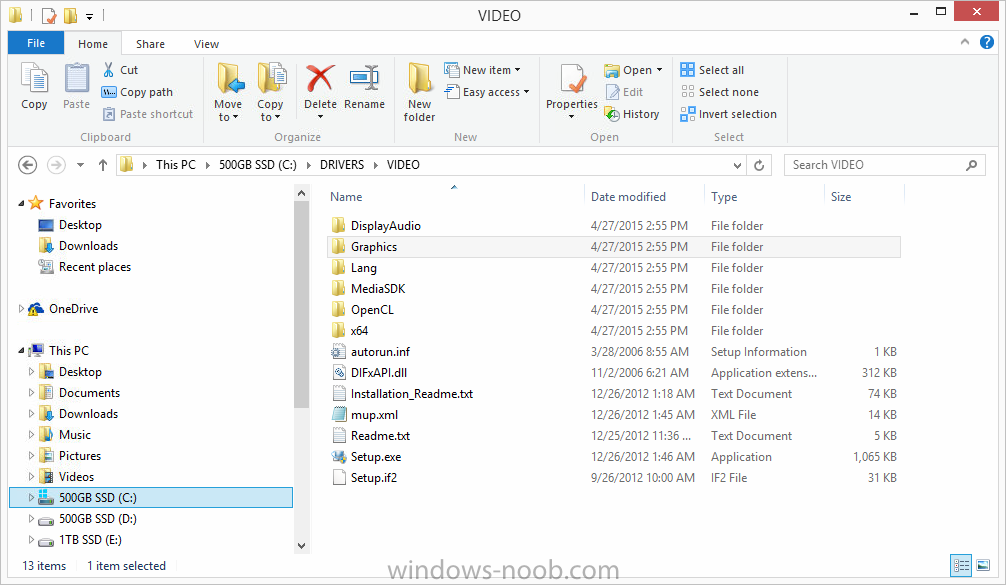 However this is not what we need, do NOT simply copy/paste the drivers directly from the video drivers download. We need the actual driver usually located in the Graphics folder as shown below 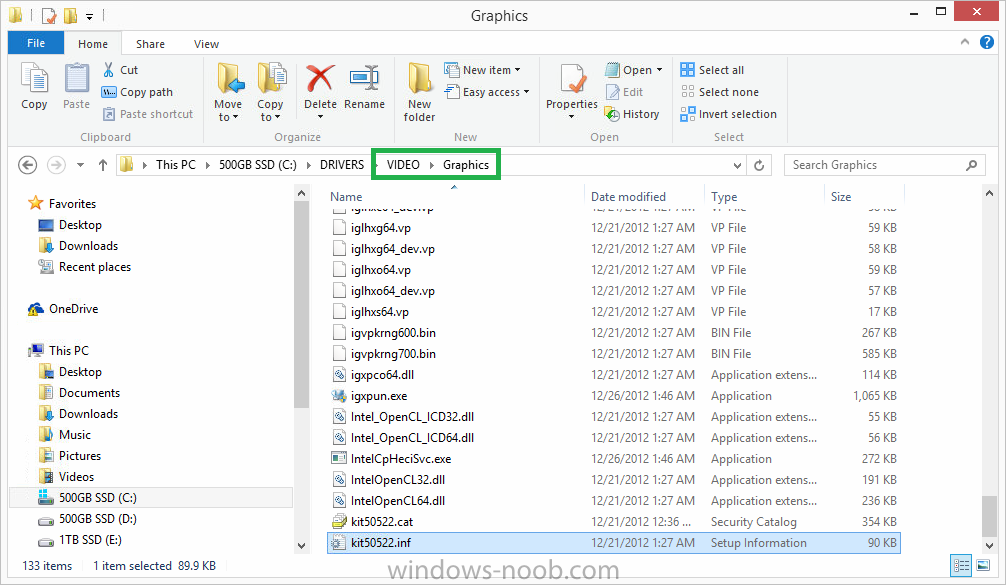 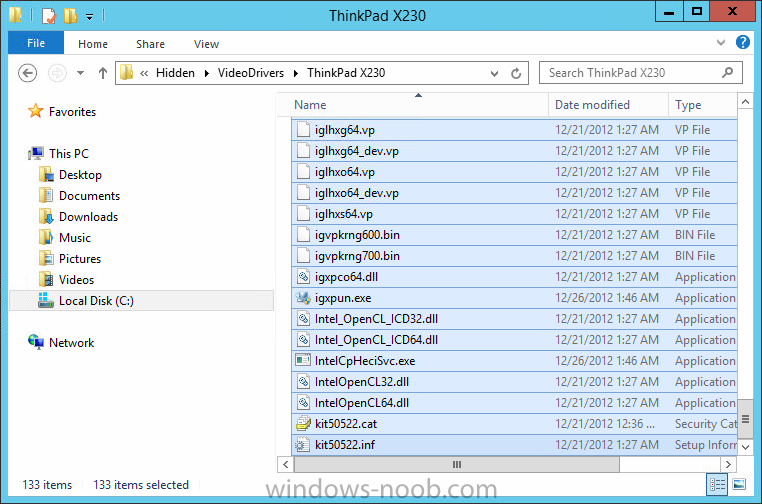 Repeat the above process for any models you wish to support using this method, remove any folder names that don’t contain any drivers.

Extract the script to the hidden$ share root as shown below. 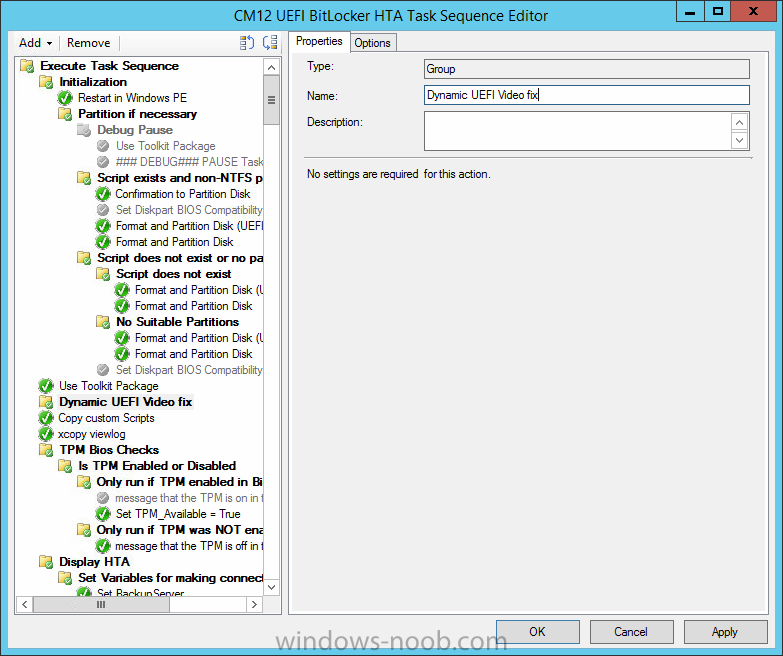 In the New Group, click on the Options tab and add the following options:

* If All the conditions are true

as per the screenshot below 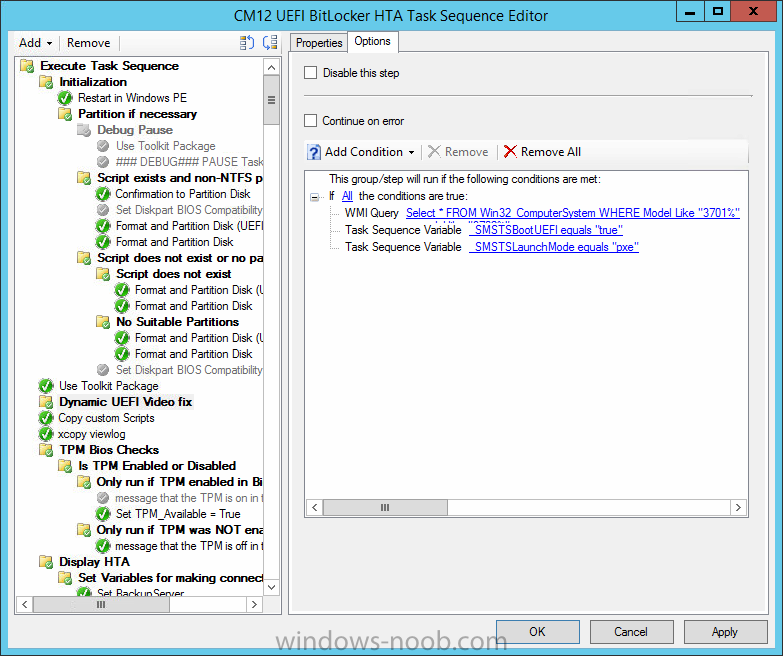 Next, click on the Add drop down again, select General, then select Run Command Line, the step uses the following settings:

Again, click on the Add drop down again, select General, then select Connect to Network Folder, the step uses the following settings, change Domain\User to use the domain credentials of a user account that you want to make the connection: 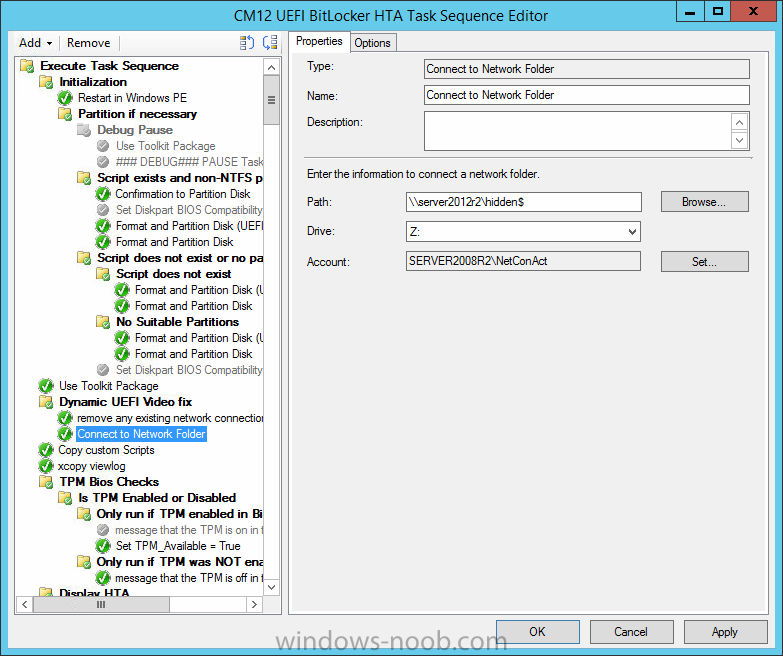 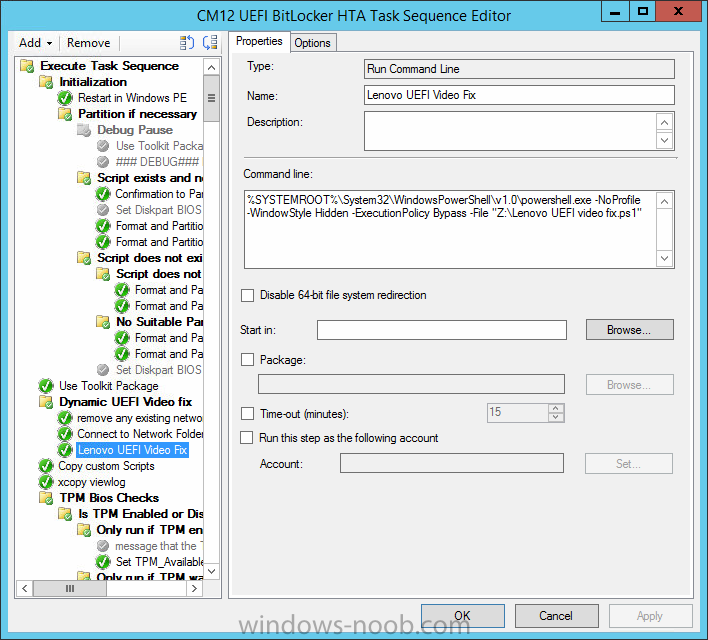 Tip: If you don’t want to use a connect to network folder step, then you can package the PowerShell script above into it’s own package and run the script directly from the package.

Apply the settings and you are ready to test the results.

After making the changes above you can now UEFI network boot any of those Lenovo devices and you should see the change kick in once the group runs. To make things easy for you I’m including a video of what that process looks like. To see the video see below.

To troubleshoot this script, check out the logfile generated by the script X:\Windows\Temp\SMSTSLOG\UEFIVideoDriverinWinPE.log. Below is a screenshot of a successful dynamic UEFI video fix.

This entry was posted in UEFI. Bookmark the permalink.

3 Responses to How can I set video resolution dynamically during UEFI network boot in System Center 2012 R2 Configuration Manager ?