Where can I download additional clients for System Center 2012 Configuration Manager SP1 ?

The answer is easy, on the first page of the Installation Media (Configuration Manager 2012 SP1 Setup) there’s a link to download these additional clients, see below: 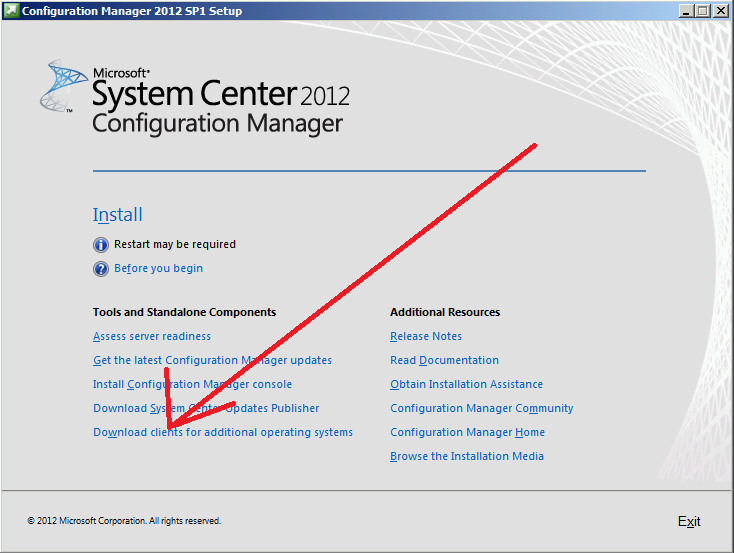 click on that and it should take you to the Microsoft Download Center to download the clients, they may be still listed as Beta SP1 clients but I would imagine that they’ll be updated soon as SP1 goes through General Availability release.

Below is some additional information (from the download center) explaining what the features of these clients are.

Mac Client:
The following Mac versions are supported in this release:

The following scenarios are supported through the Mac client in Microsoft System Center 2012 Configuration Manager SP1:

UNIX/Linux Client:
The following UNIX and Linux versions are supported in this release.

The following scenarios are supported by the UNIX and Linux clients:

1 Response to Where can I download additional clients for System Center 2012 Configuration Manager SP1 ?