Microsoft released System Center 2012 R2 Configuration Manager on October 18th, 2013  as planned (General Availability) and now we all have the ability to test the new features in the finished product. I’ve installed it in my lab and wanted to test the New operating system deployment features, one of which is the ability to create a VHD from a task sequence right from the Configuration Manager console.

Note: Perform the following on any computer with the System Center 2012 R2 Configuration Manager AdminConsole installed as SMSAdmin. 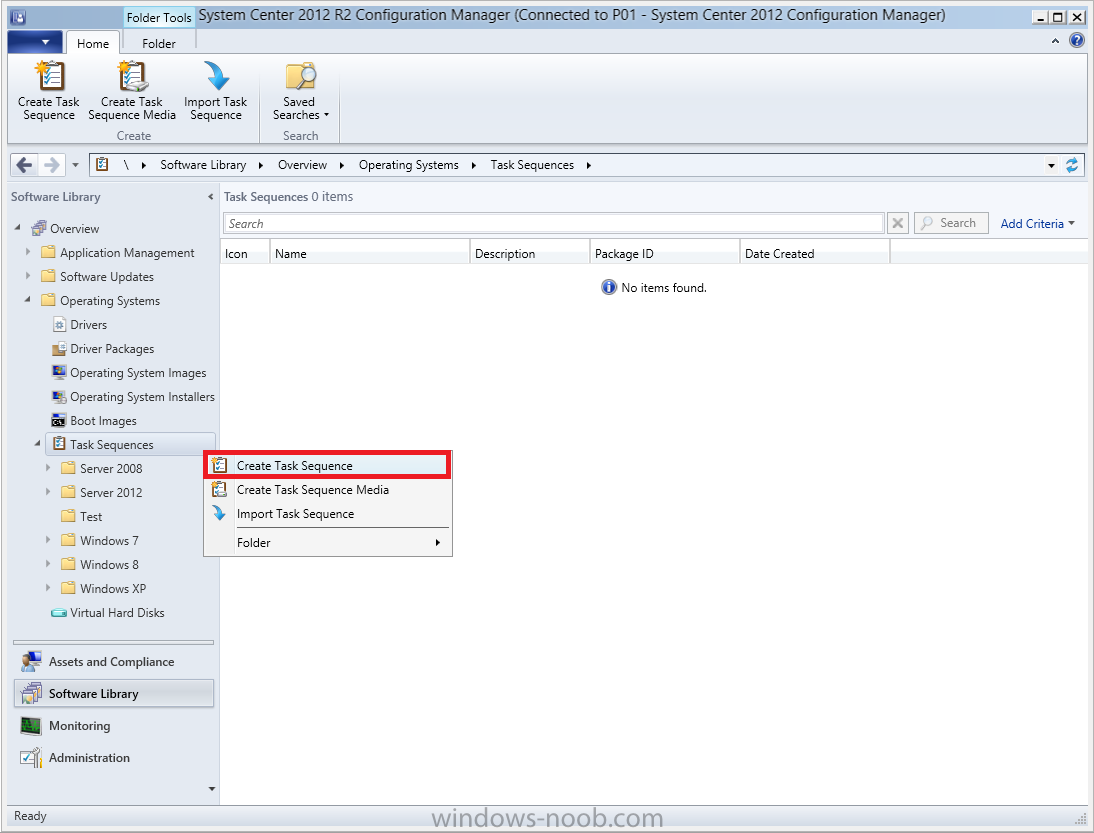 choose the third option, install an existing image to a virtual hard disk 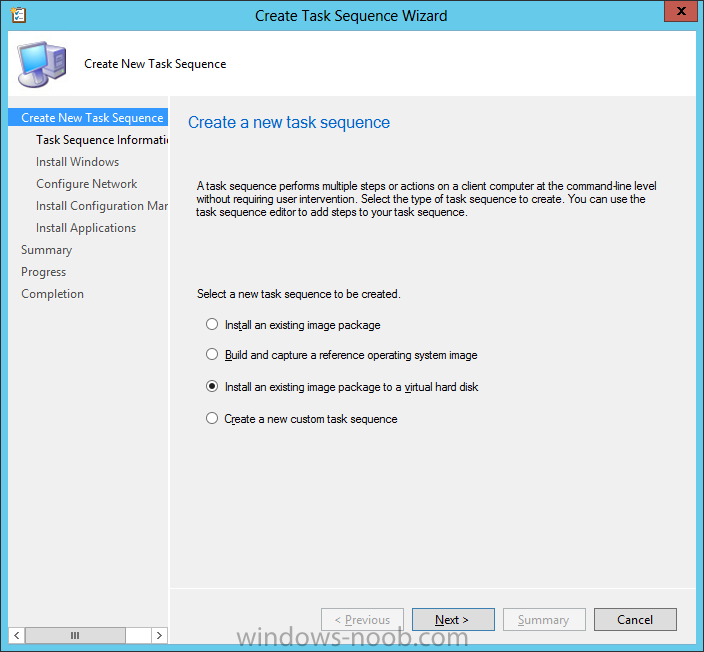 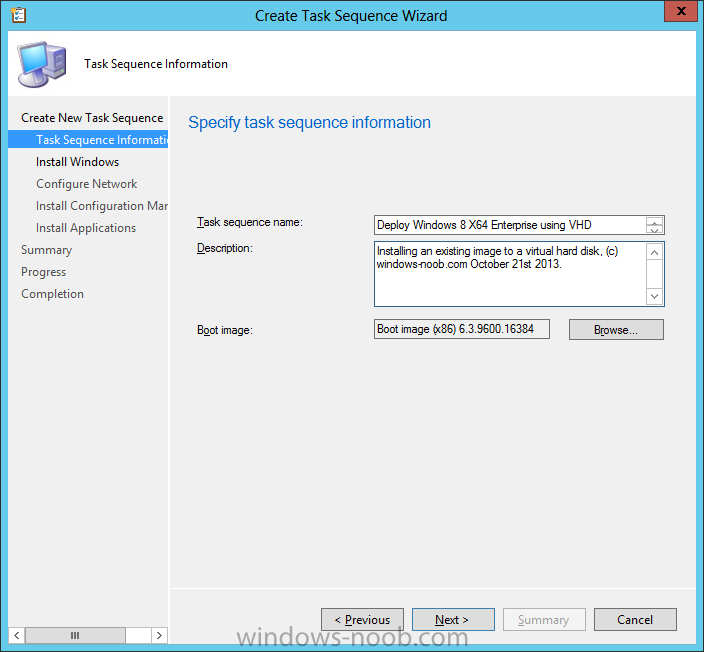 In this task sequence I am deploying Windows 8 X64 Enterprise using the Install.wim file from the DVD, I also select to enable the Administrator account and I specify a password 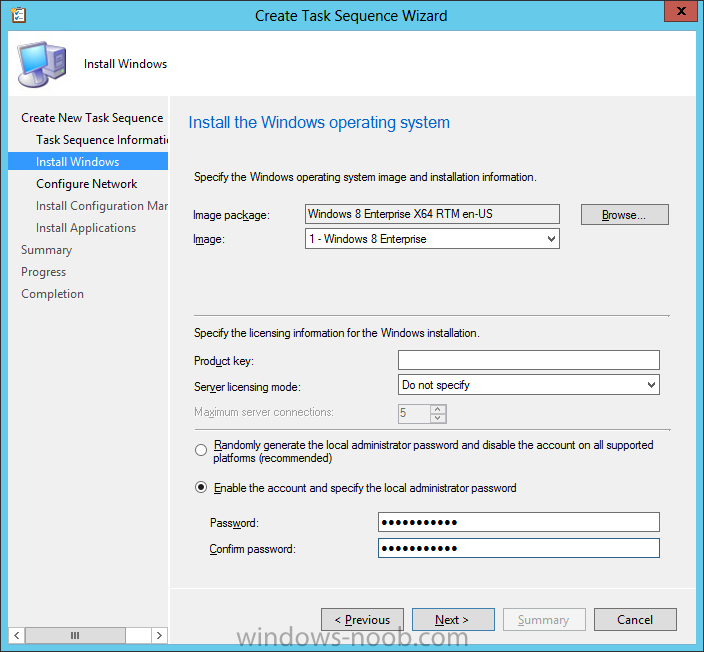 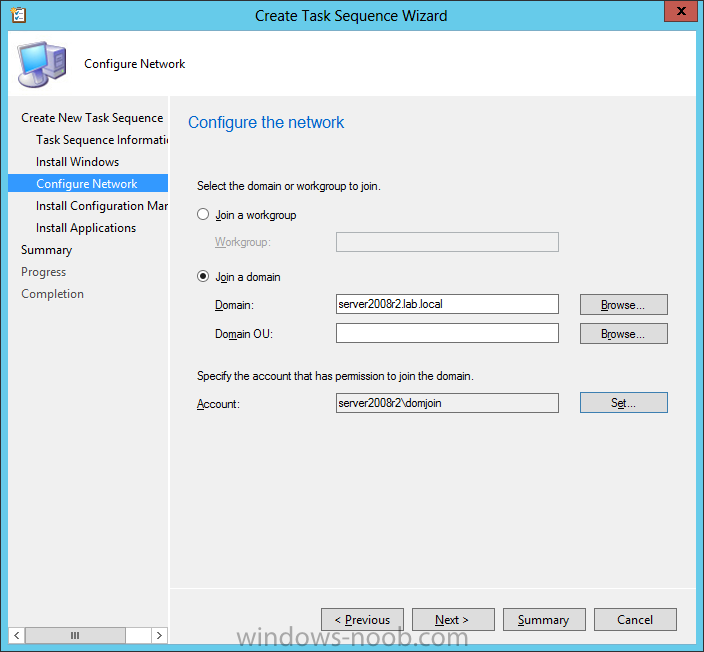 and install the configuration manager client, you can add switches here if needed 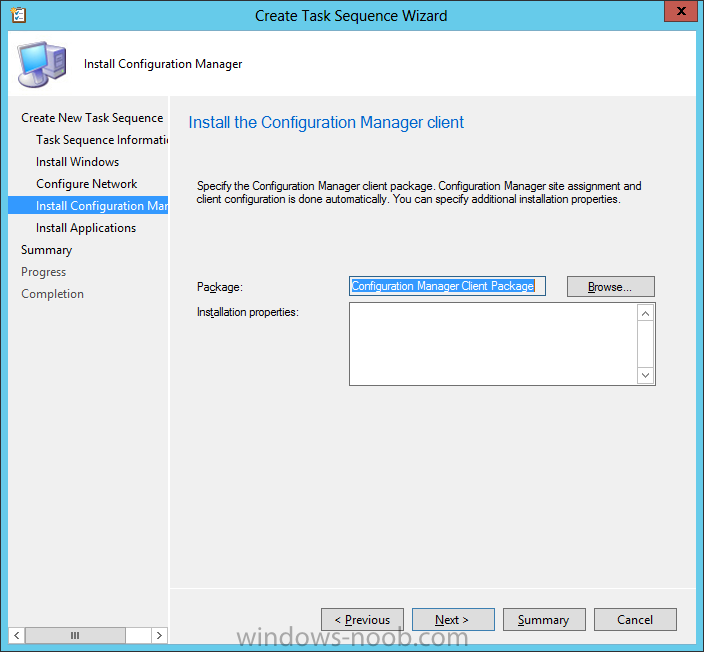 and select to install some applications if you wish 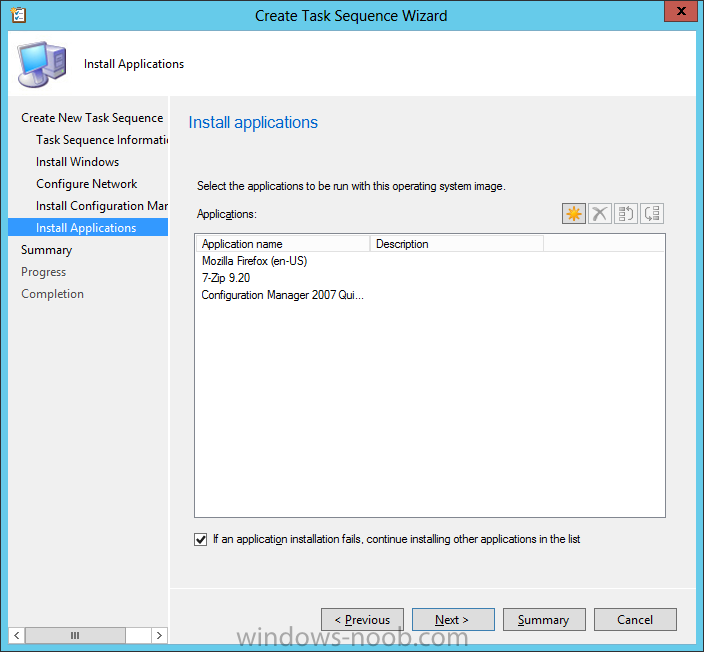 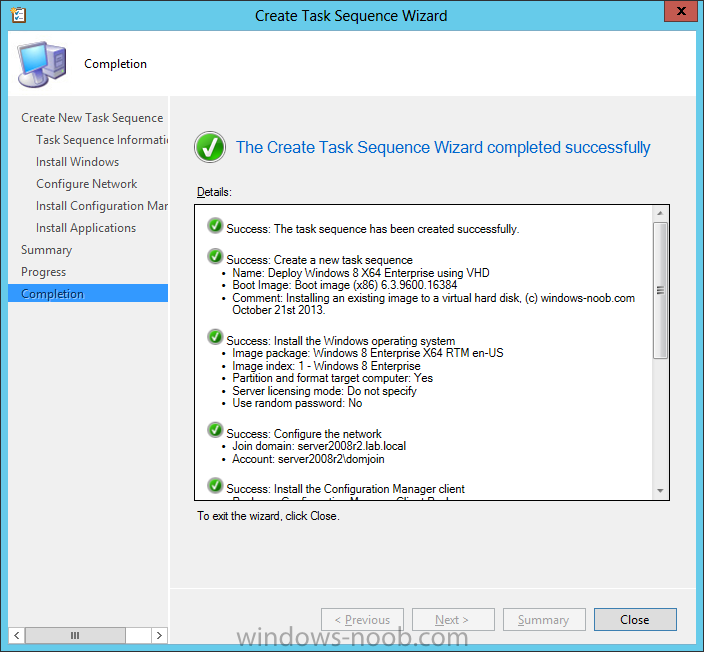 You can now edit the task sequence if you wish and add/remove steps, note the last step is a shutdown command, this is a special step and is ‘looked for’ by the wizard later on so that it knows the task sequence is complete and to generate the VHD. 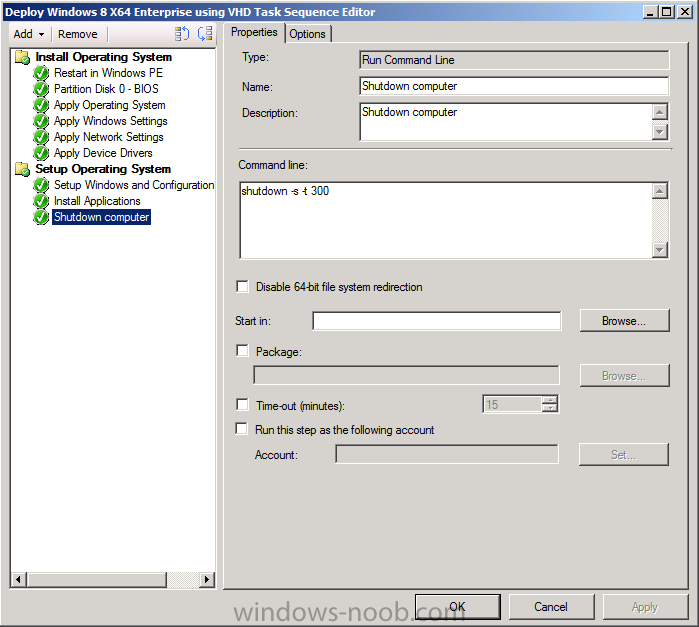 Note: Perform the following on a HyperV host computer with the System Center 2012 R2 Configuration Manager AdminConsole installed as SMSAdmin.

Method #1 – Do it using the AdminConsole

In the Admin console Expand the Task Sequences node in Operating System Deployment and right click on Virtual Hard Disks. If this is greyed out it’s because you are not running the console on a Hyperv Enabled host (I’ve tested it on Server 2012 running Hyperv with the R2 admin console installed). To make it clear, i’m including two screenshots of the same action, one on a hyperV host, the other is an adminconsole with no hyperV hosts locally installed.

Note: the below screenshot is on a host without hyperv installed or enabled. Note how the Create Virtual Hard Disk action is greyed out. 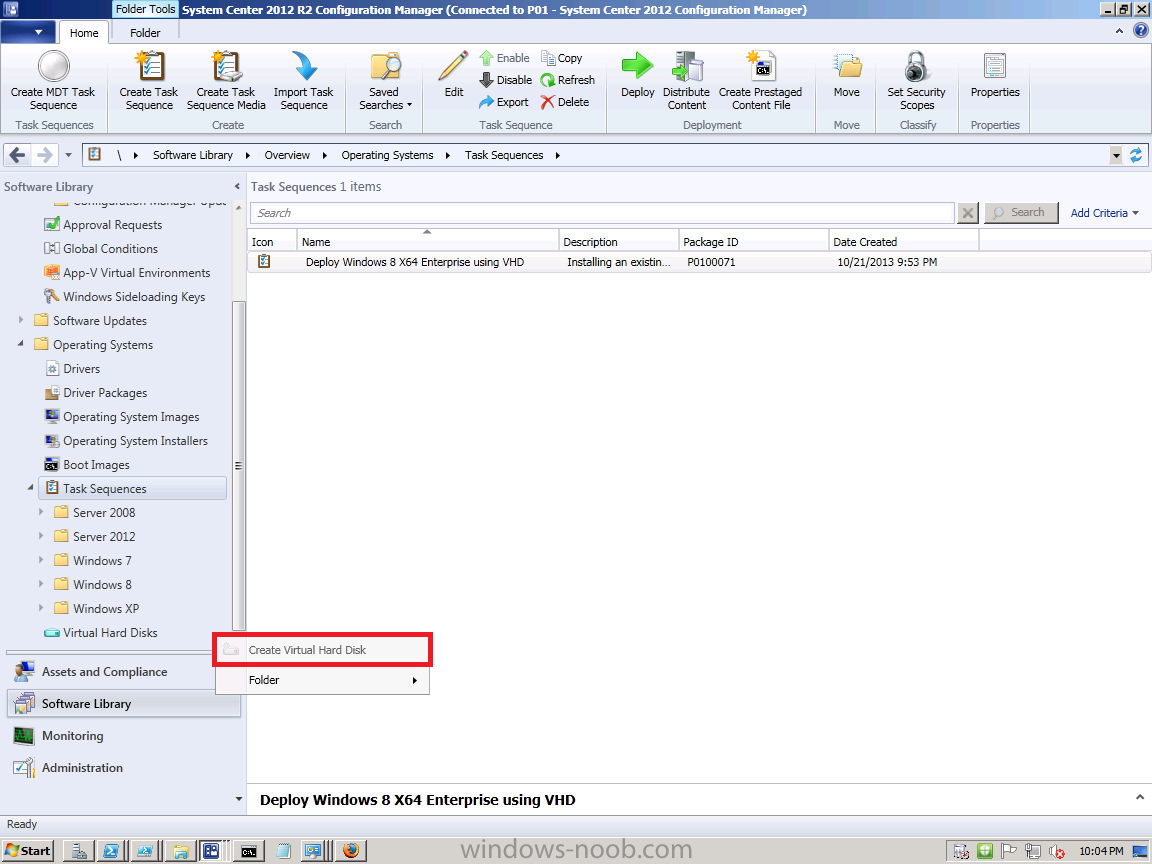 Note: the below screenshot is on a hyperv host 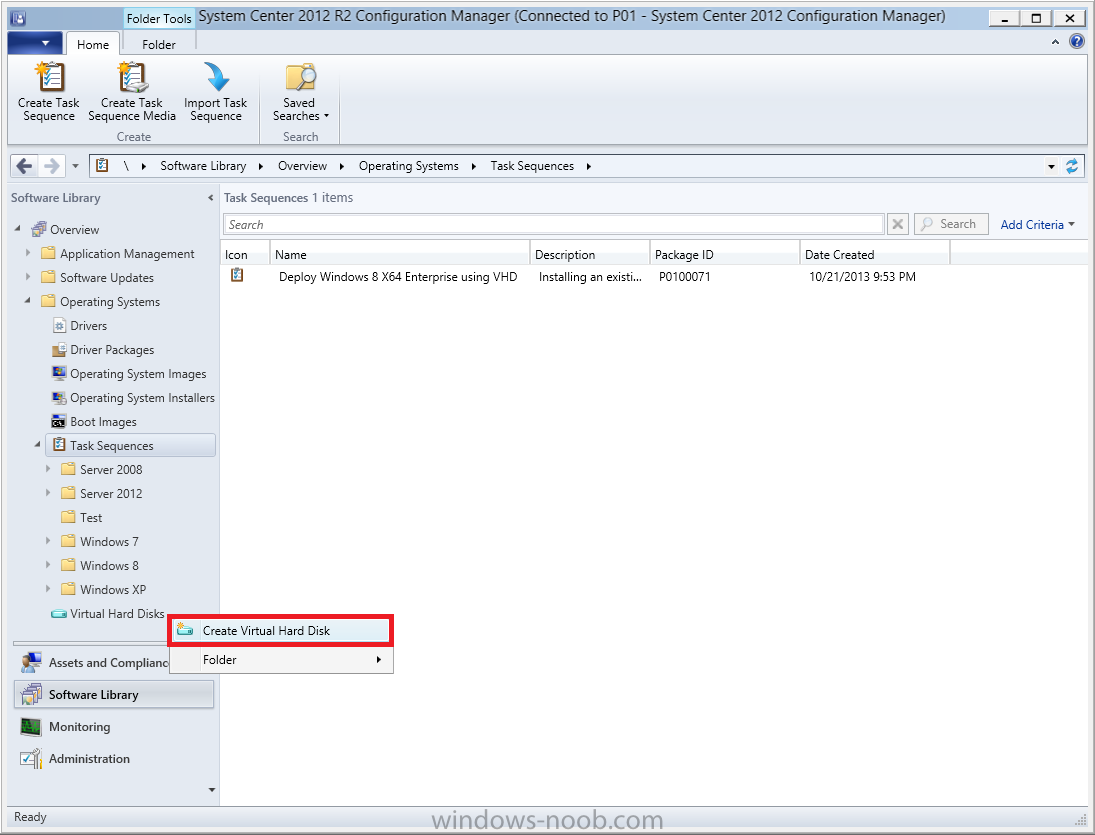 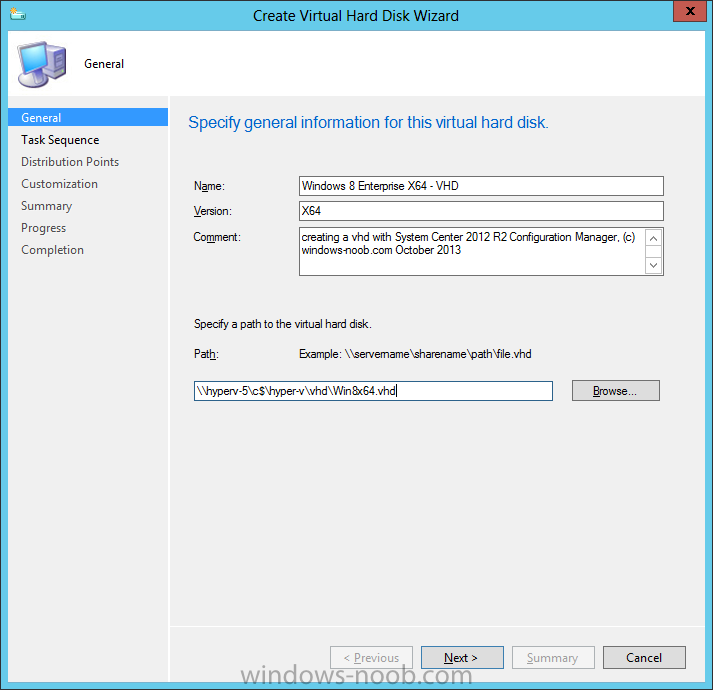 next select our task sequence that we created in Step 1 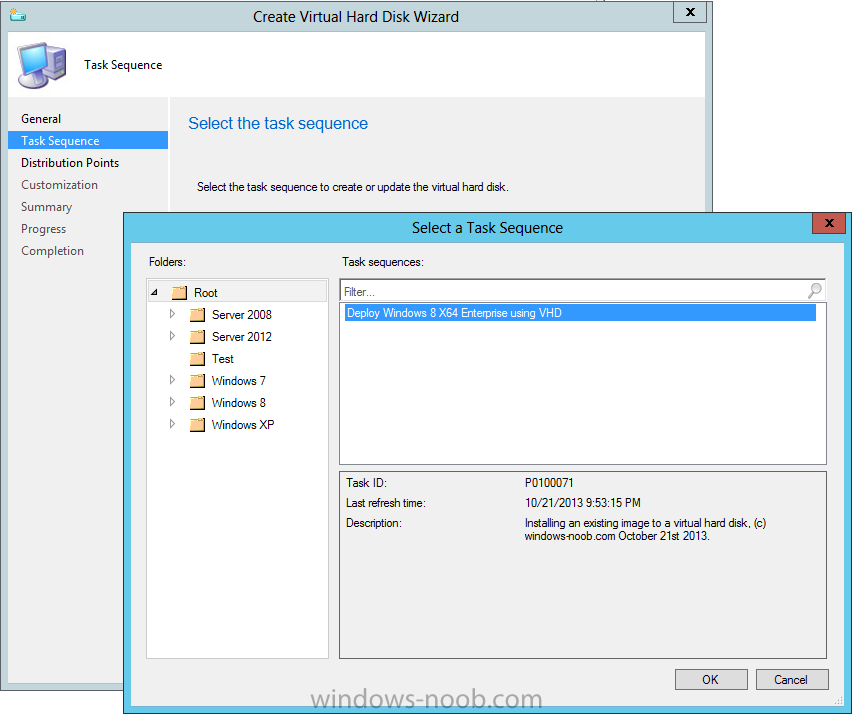 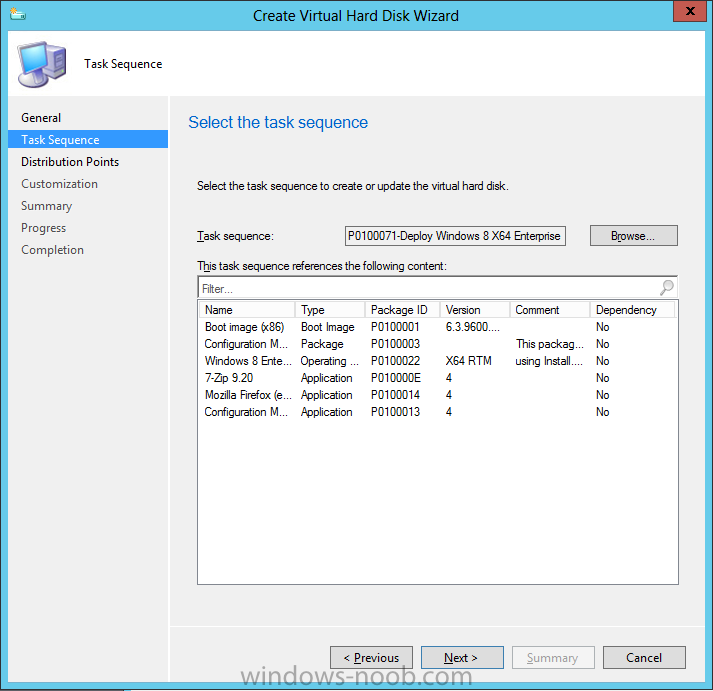 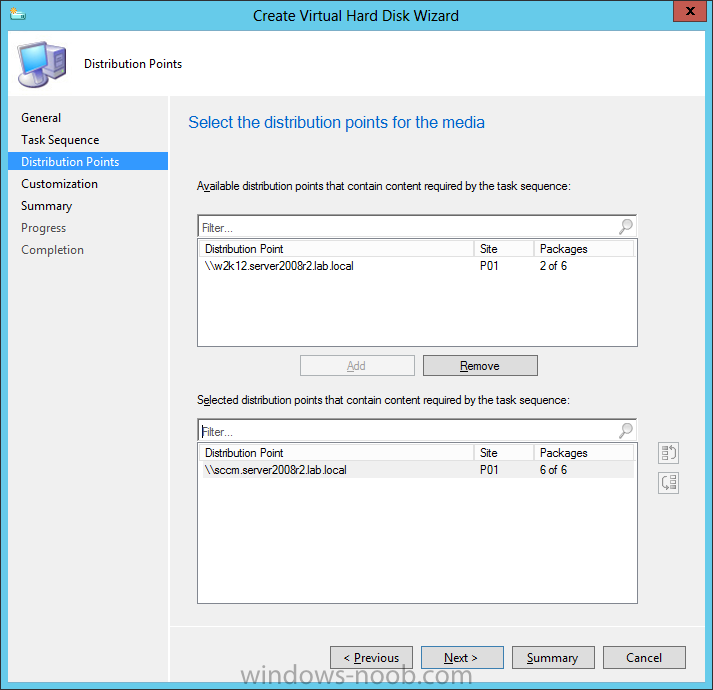 and click your way through the wizard, at this point you’ll see be prompted to allow access to your host computer (to create the file) and shortly after the magic begins 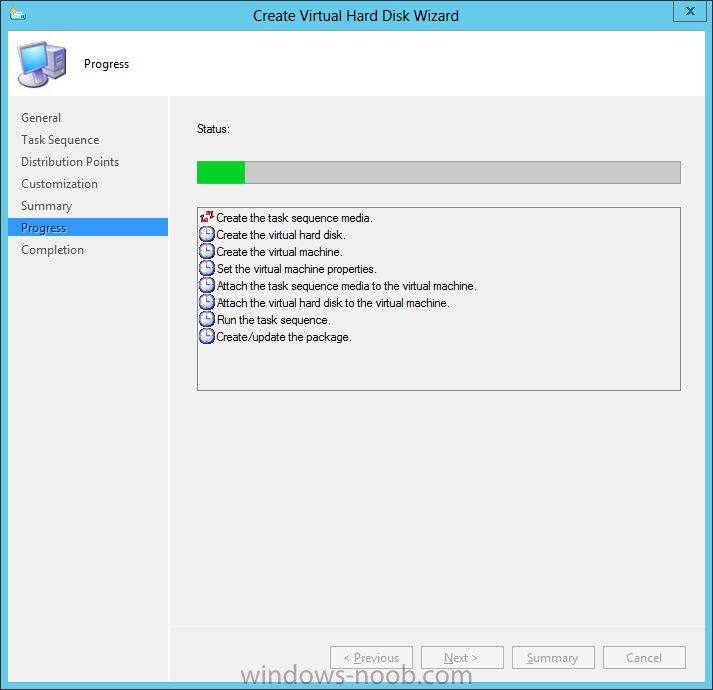 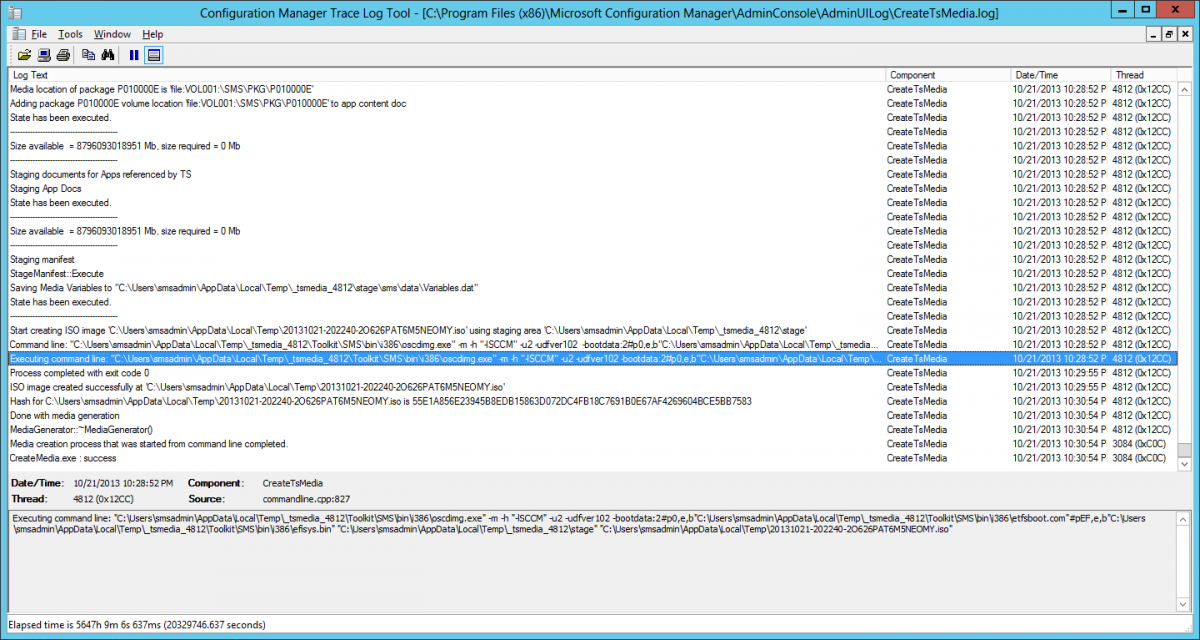 The user you are logged in as will have it’s AppData\Local\Temp dir used as a temporary scratch space, so make sure you have lots of space if needed or use the link at the bottom of this page to change your TMP environment variables to point to a drive with more free space. 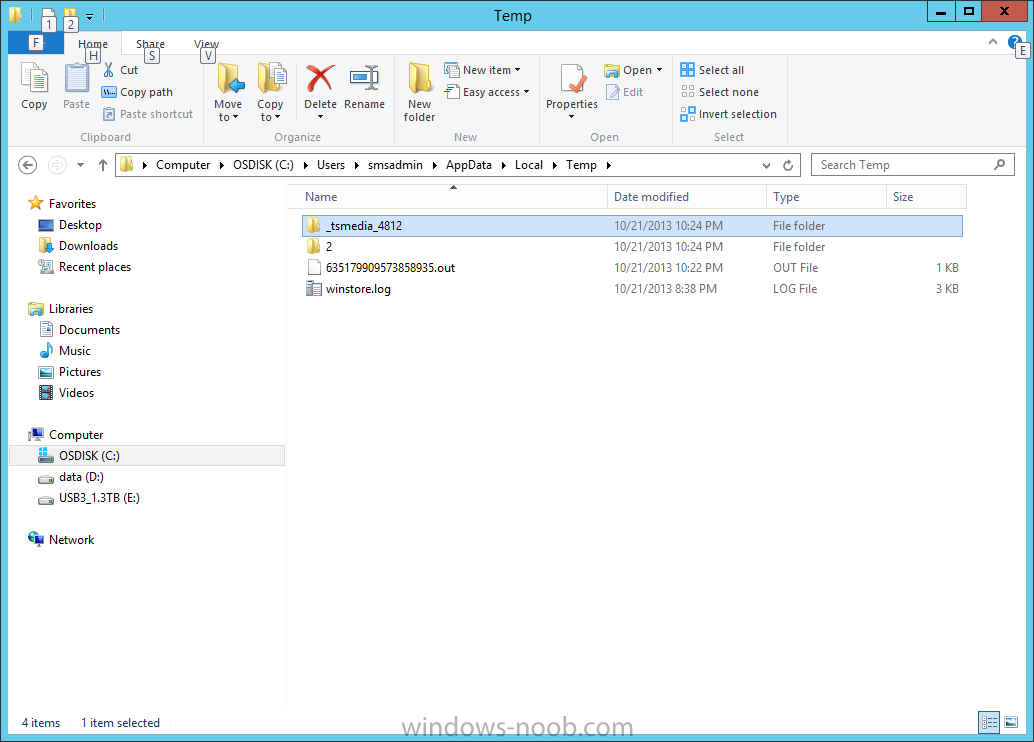 and off it goes creating the virtual hard disk (look at this video to see the process in more detail, watch above the hyperv4 vm to see the new virtual machine being created, this video has no audio yet, it’s coming hopefully if i get time…) 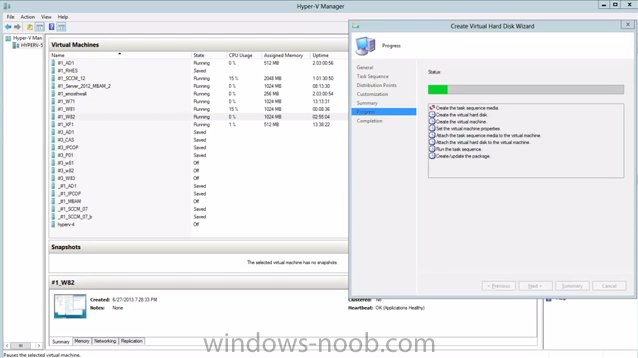 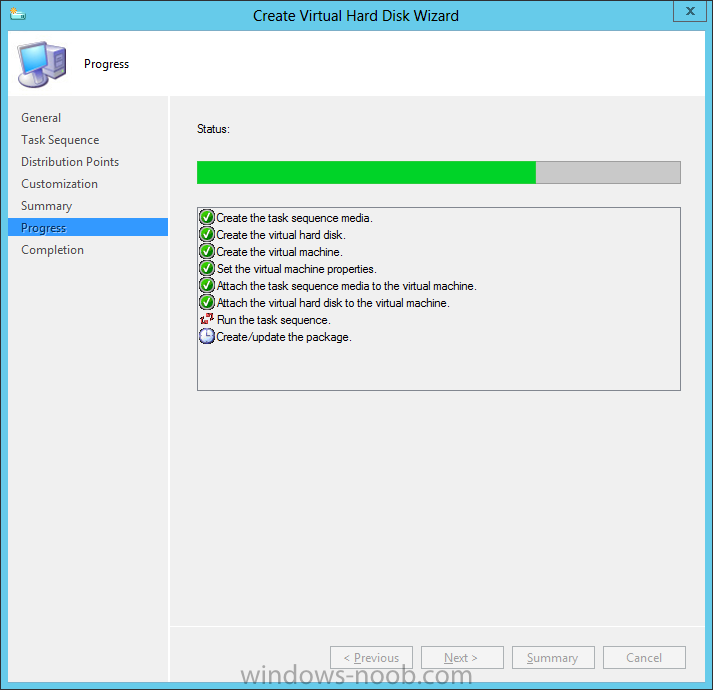 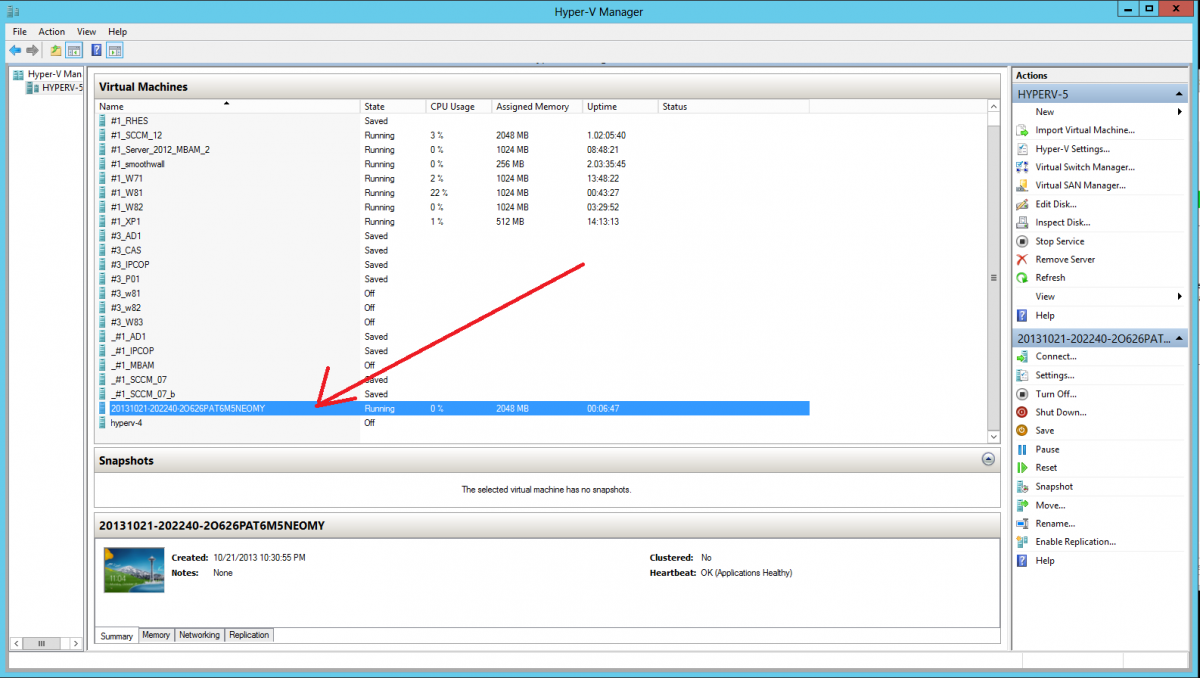 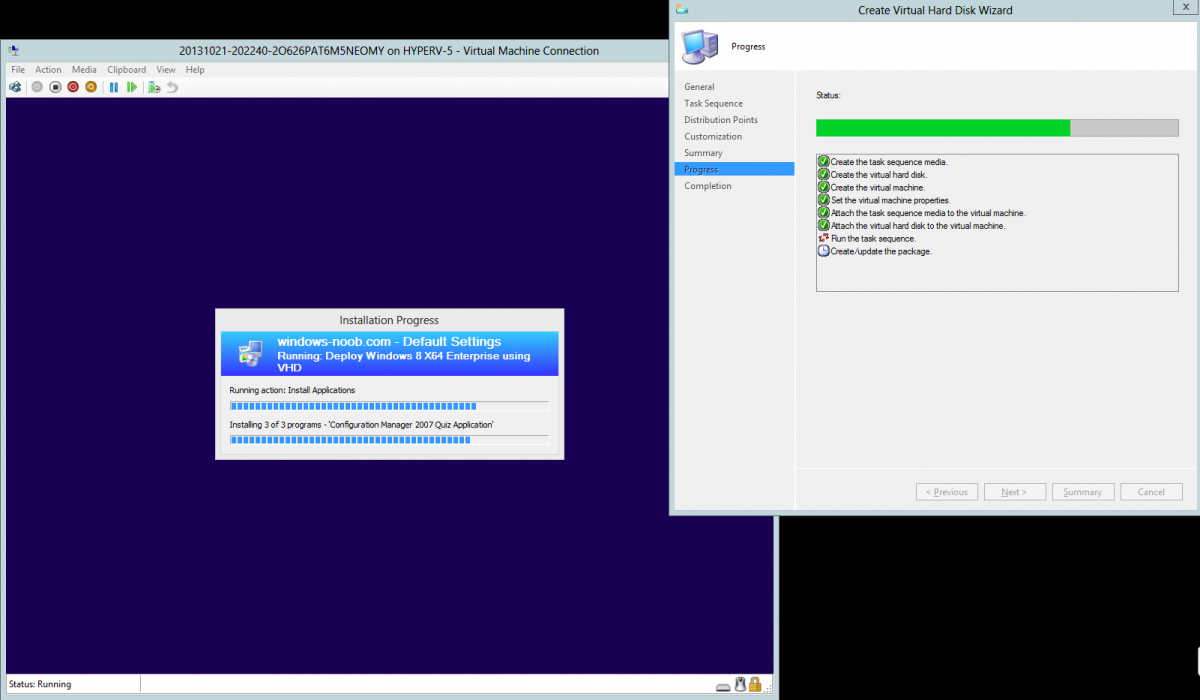 once complete the Virtual machine shutsdown and the VD copying starts, you can now monitor the DeploytoVHD.log file (in C:\Program Files (x86)\Microsoft Configuration Manager\AdminConsole\AdminUILog) 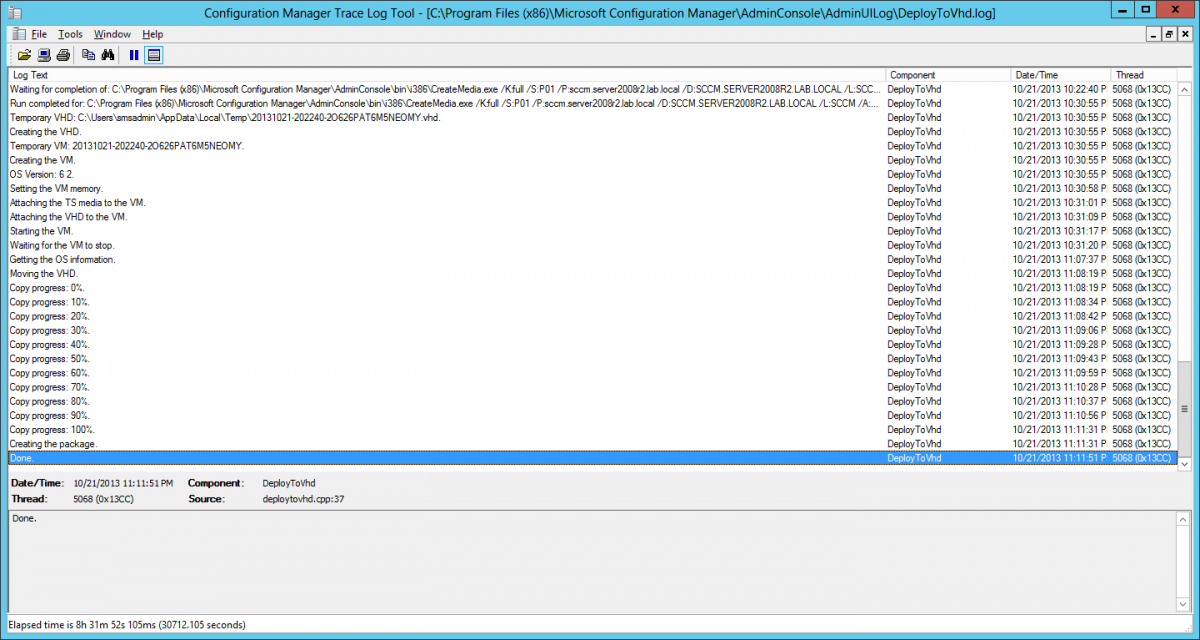 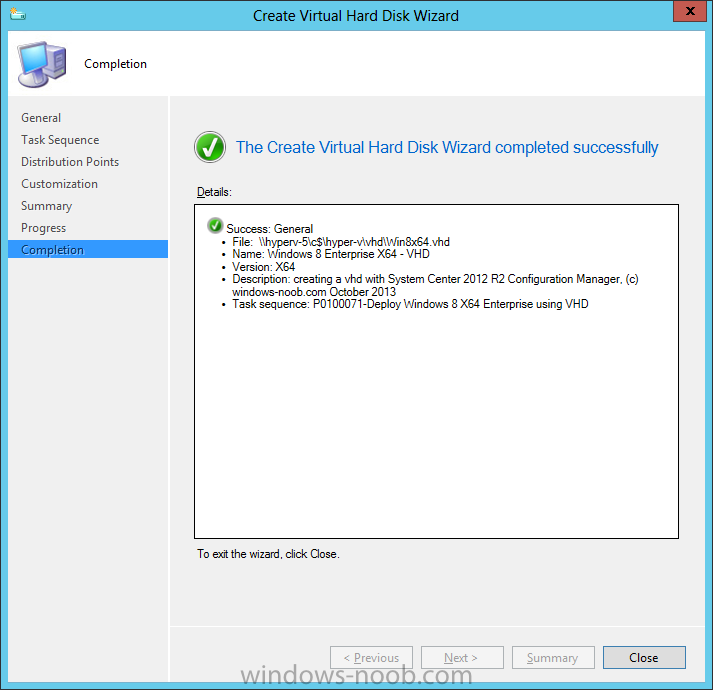 and you’ll notice that the temporary virtual machine is gone 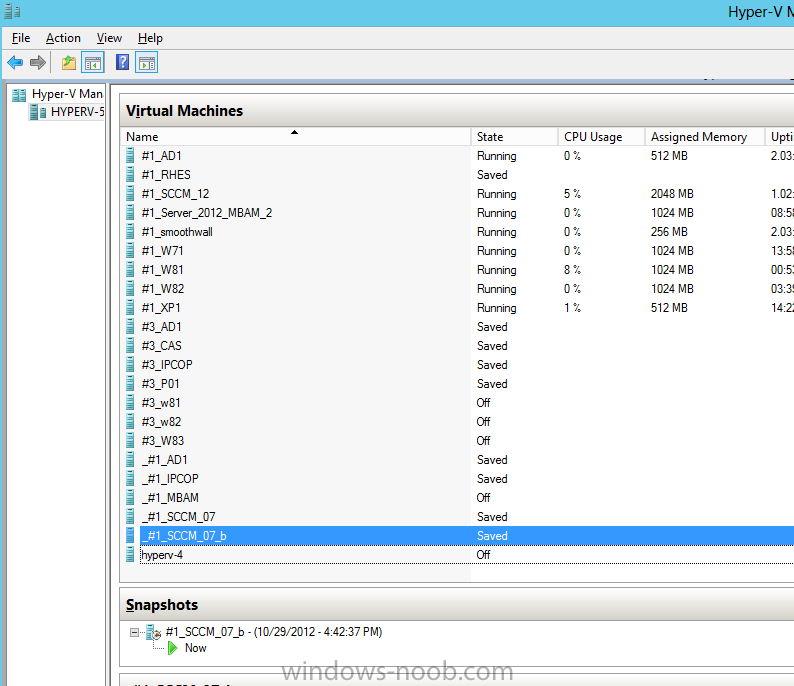 and clicking on Virtual Hard Disks in the Admin console will list our newly created VHD file, success ! 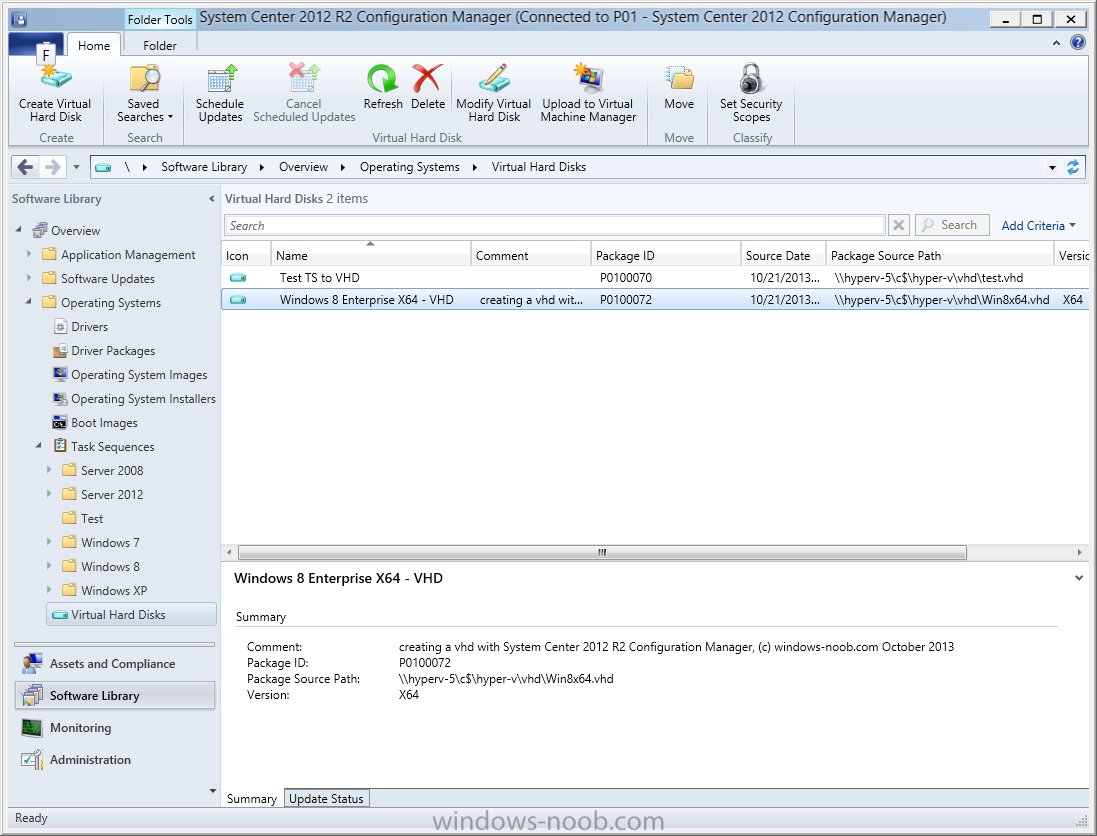 at which point you can modify the VHD (by choosing that action in the ribbon or via right click) or just upload it to Virtual Machine Manager. 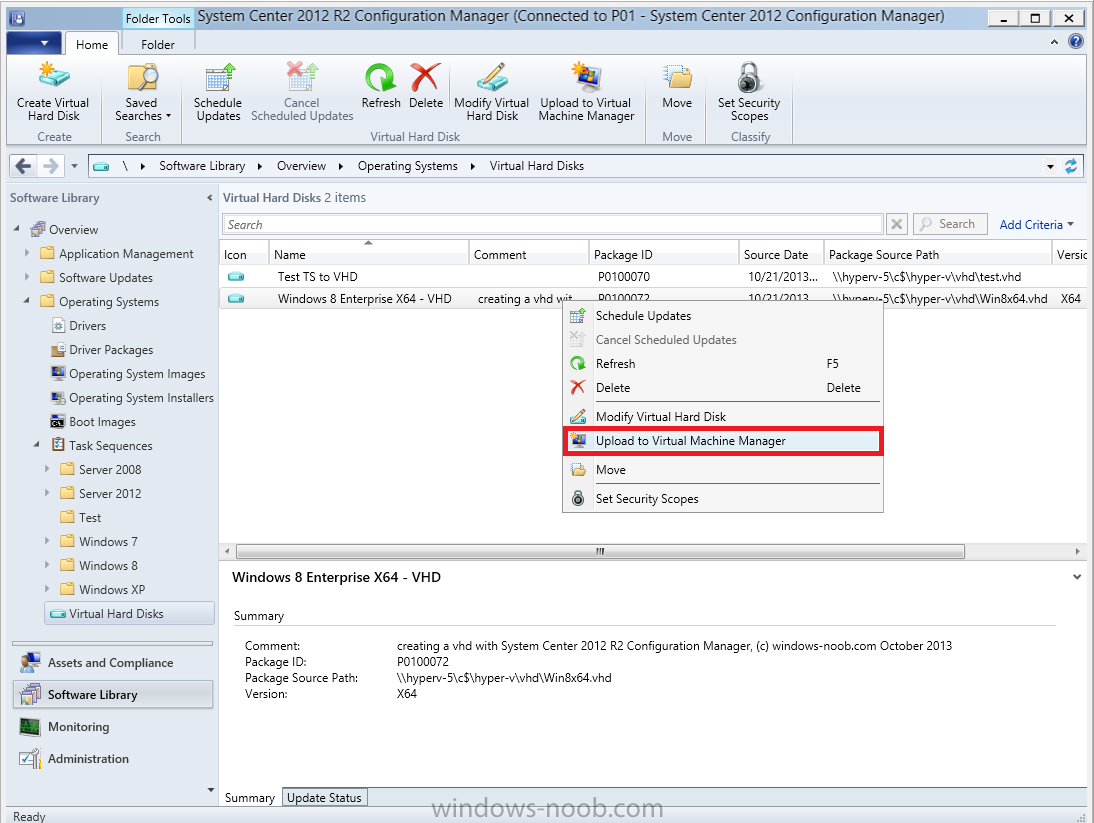 Method #2 – Do it using PowerShell

and paste in the following code

The first two lines simply import the configuration manager powershell module and then set your path to your primary server P01.

The New-CMvhd cmdlet is a new cmdlet in R2 and it is used to create the VHD using powershell.

In the above, the -TaskSequencePackageId value is the PackageID of your task sequence, make sure to set the appropriate values in the New-CMvhd command to suit your environment (for example your server share).

Click on the Green arrow to run your powershell script 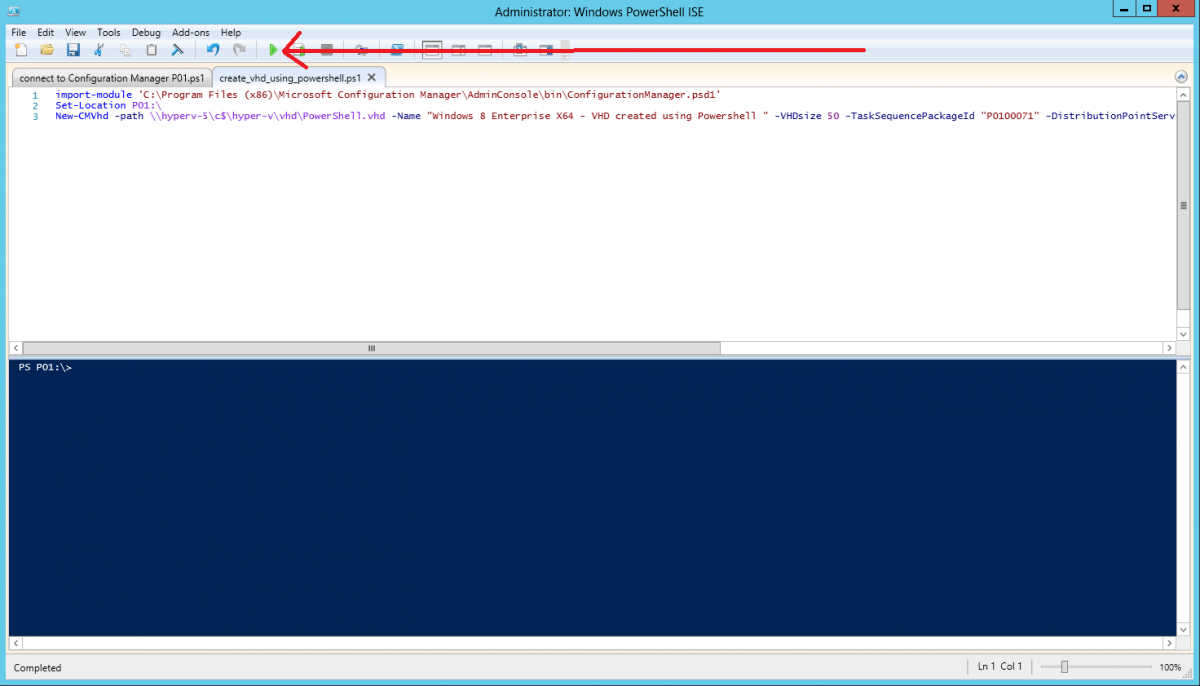 and off it goes ! 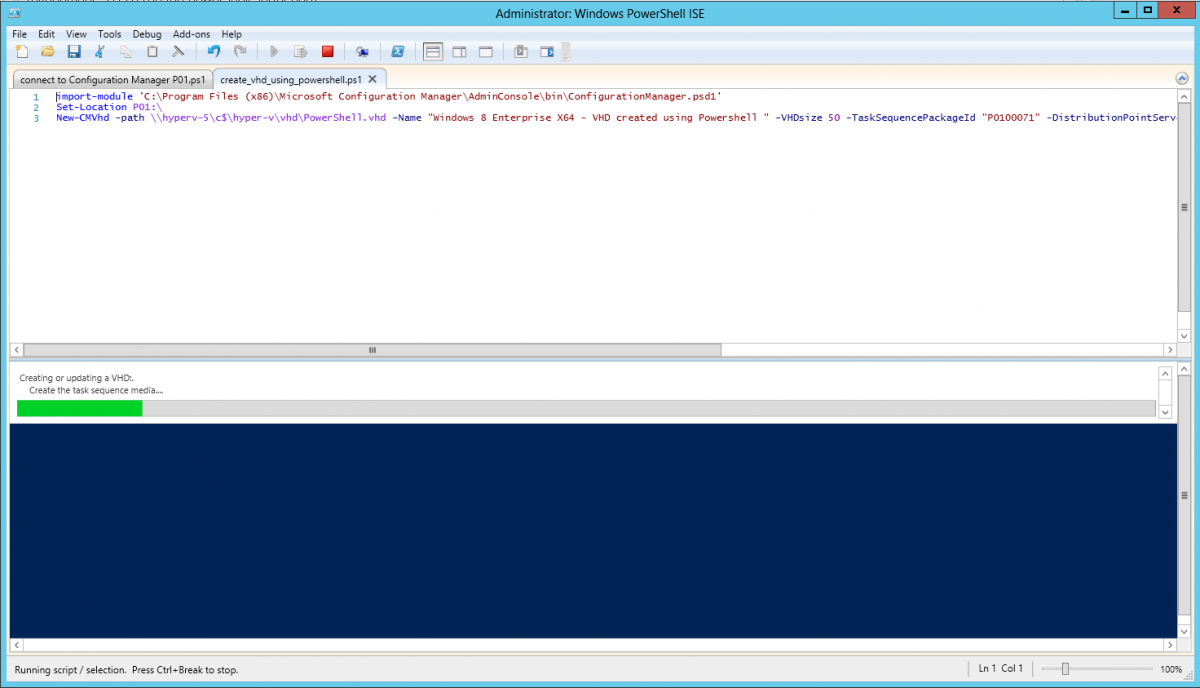 and after some VHD creation……………job done ! 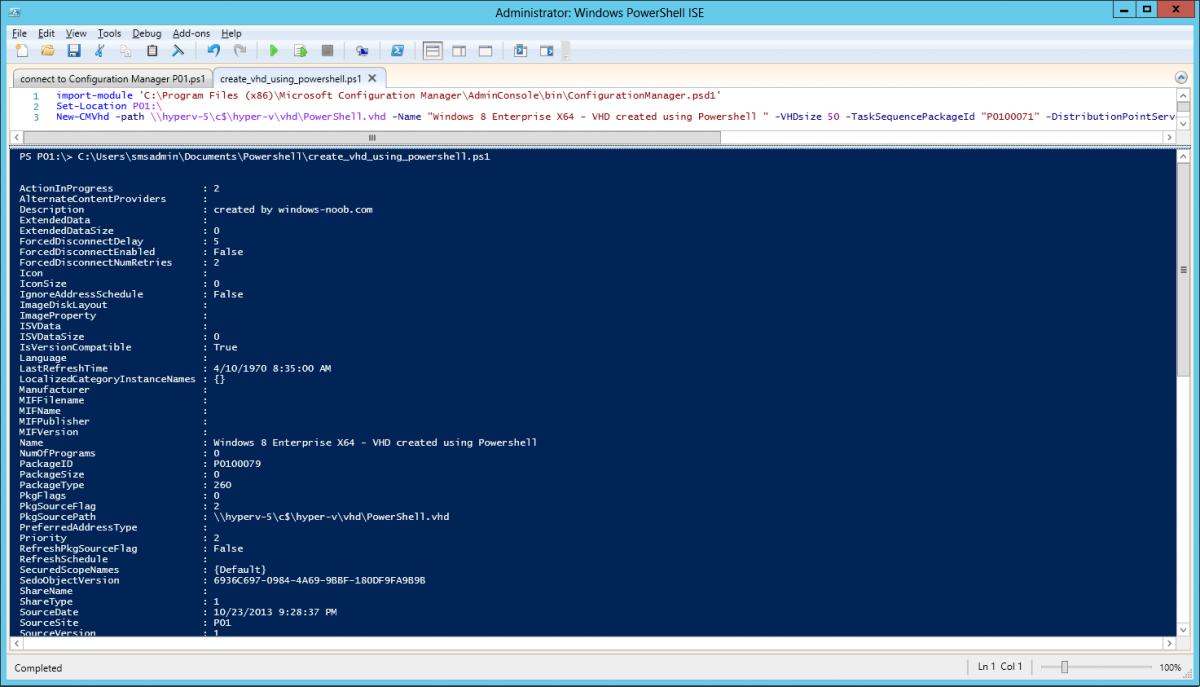 and our VHD appears in the console